The U17 Team came back once again to defeat Finland, 3-1. 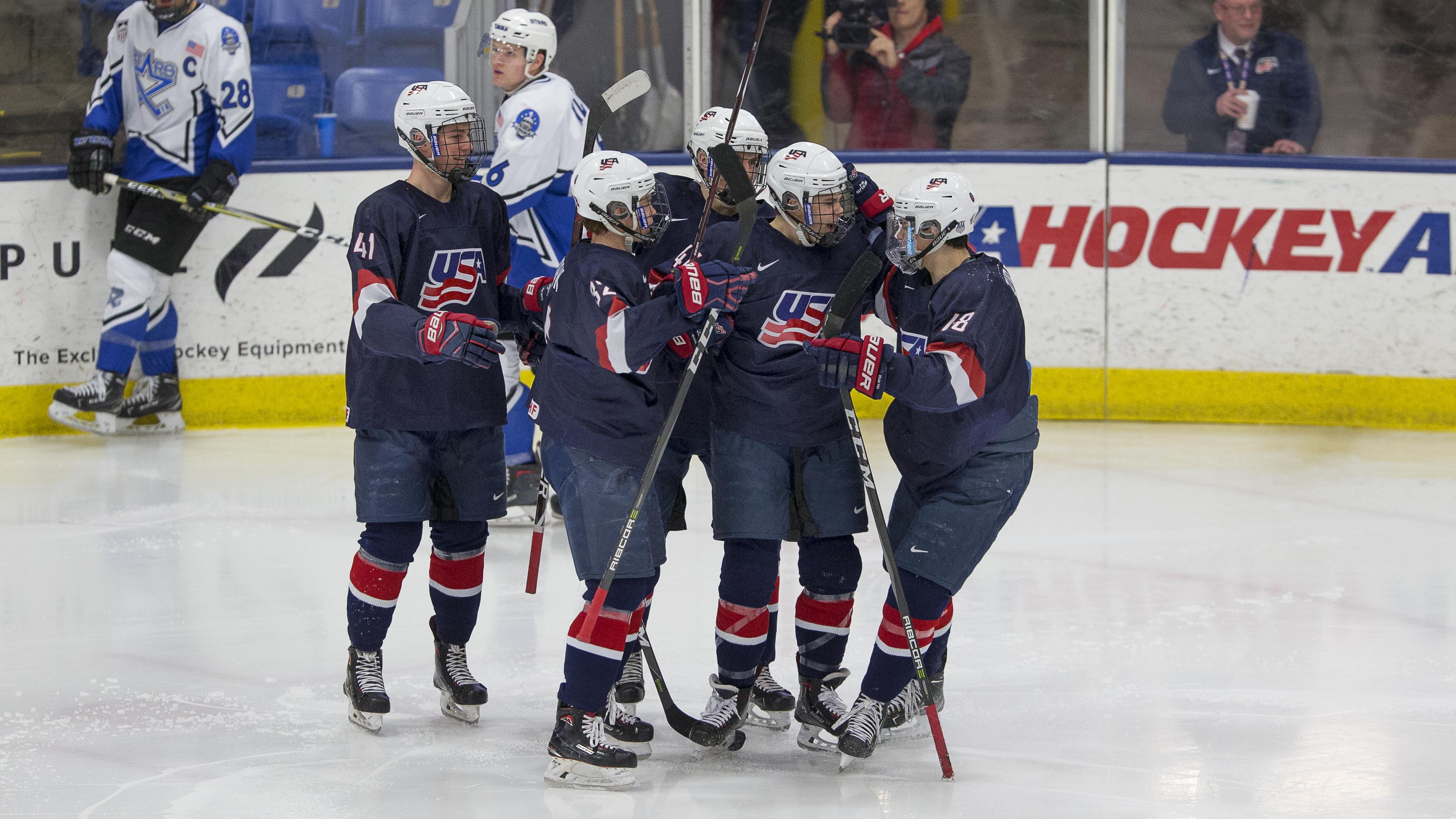 The U.S. National Under-17 Team defeated Finland this morning, 3-1 in its third game of the 2018 Under-17 Five Nations Tournament.

Finland capitalized on a big rebound at 14:11 of the second period to open scoring.

Trevor Zegras (Bedford N.Y.) answered back at 19:43 of the middle stanza to tie the game heading into the third frame. He sent the puck into the near side of the net from just above the goal line with help from Domenick Fensore (Thornwood, N.Y.). 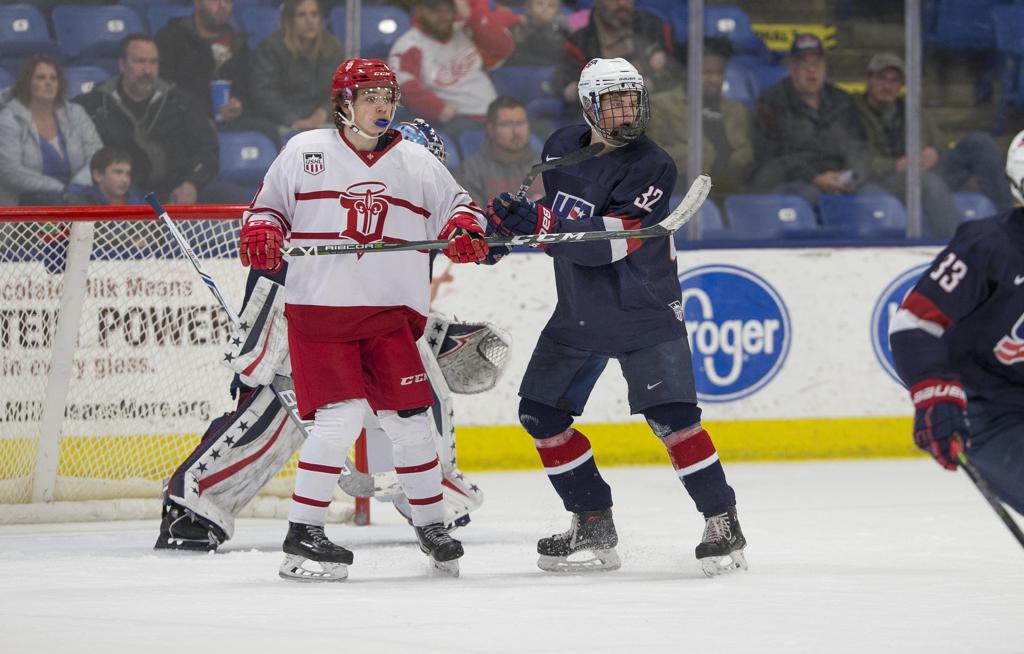 Cam York (Anaheim Hills, Calif.) sent a one-timer into the net on the power play from the left circle to break the tie at 6:35 of the third period. Cole Caufield (Stevens Point, Wis.) and Alex Turcotte (Island Lake, Ill.) picked up assists on the goal.

Danny Weight (Lattingtown, N.Y.) passed the puck from behind the net to Owen Lindmark (Naperville, Ill.) who sent it in past the blocker of the Finish goaltender at 7:58 of the third period. Patrick Moynihan (Millis, Mass.) also tallied an assist on the goal.

The U17s are back in action tomorrow at 10 a.m. ET against the Czech Republic. The game will be the U17s last international game of the season.