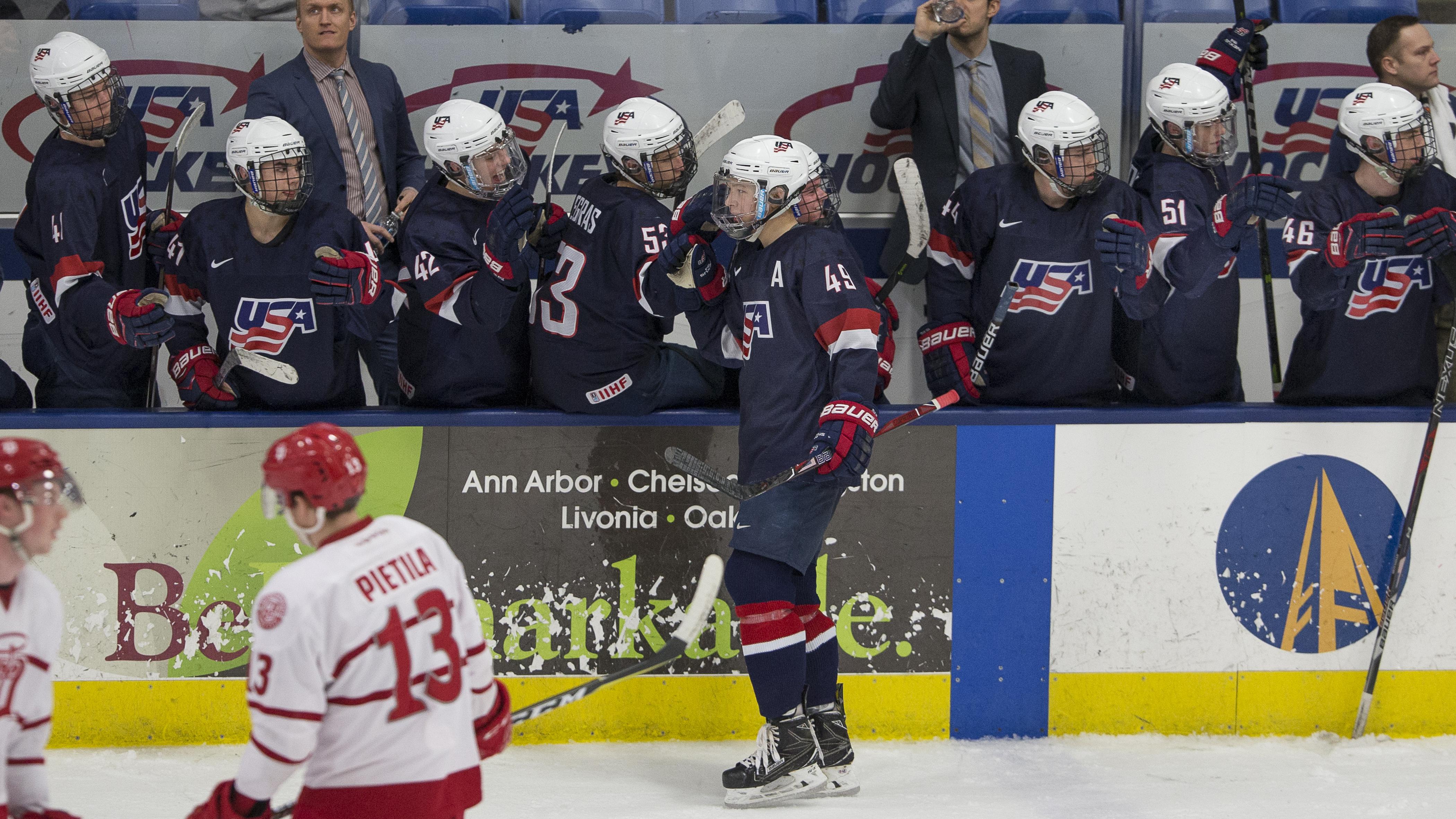 The U.S. National Under-17 Team scored 10 unanswered goals to defeat Sweden, 10-2 at its Five Nations tournament this morning in Finland.

Sweden scored two goals in the first to lead the U17s 2-0 after the first period.

After the first it was all Team USA. The U17s netted three in the second to take its first lead of the game and didn't stop there. 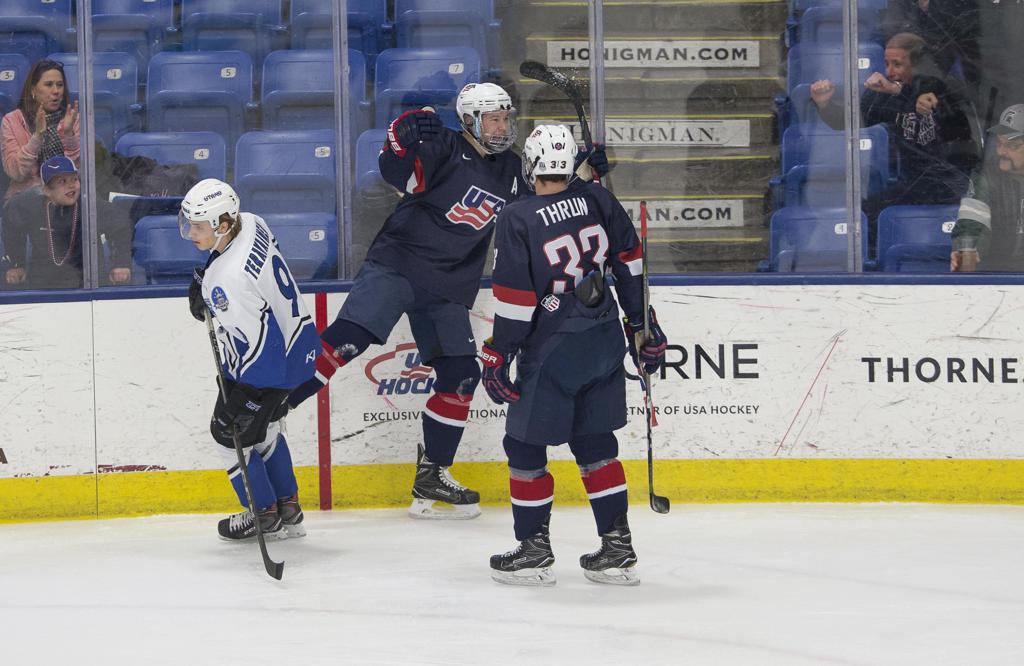 John Beecher (Elmira, N.Y.) put the U17s on the board at 2:23 of the second. Domenick Fensore (Thornwood, N.Y.) and Sean Farrell (Hopkinton, Mass.)  picked up assists on the goal.

Matthew Boldy (Millis, Mass.) tapped in a centering pass from Ryder Rolston (Birmingham, Mich.) at 7:13 of the second period to tie the game, 2-2.

Farrell netted the eventual game-winner at 17:18 of the second period. Judd Caulfield (Grand Forks, N.D.) picked up his first point of the morning while Fensore picked up his second with the assists.

Case McCarthy (Clarence Center, N.Y.) sent the puck into the top corner from the point 18 seconds into the third period to give the U17s a 4-2 lead. Alex Turcotte (Island Lake, Ill.) and Cole Caufield (Stevens Point, Wis.) picked up the assists.

Boldy netted his second of the game after cleaning up a rebound at the 6:13 mark of the third.

Boldy completed the hat trick with a goal at the 9:41 mark of the third period. Trevor Zegras  (Bedford, N.Y.) picked up an assist on the goal along with Drew Helleson (Farmington, Minn.).

Cole Caufield (Stevens Point, Wis.) netted a goal at 14:51 of the third period before Rolston picked up his second point of the morning with a goal at 16:50.