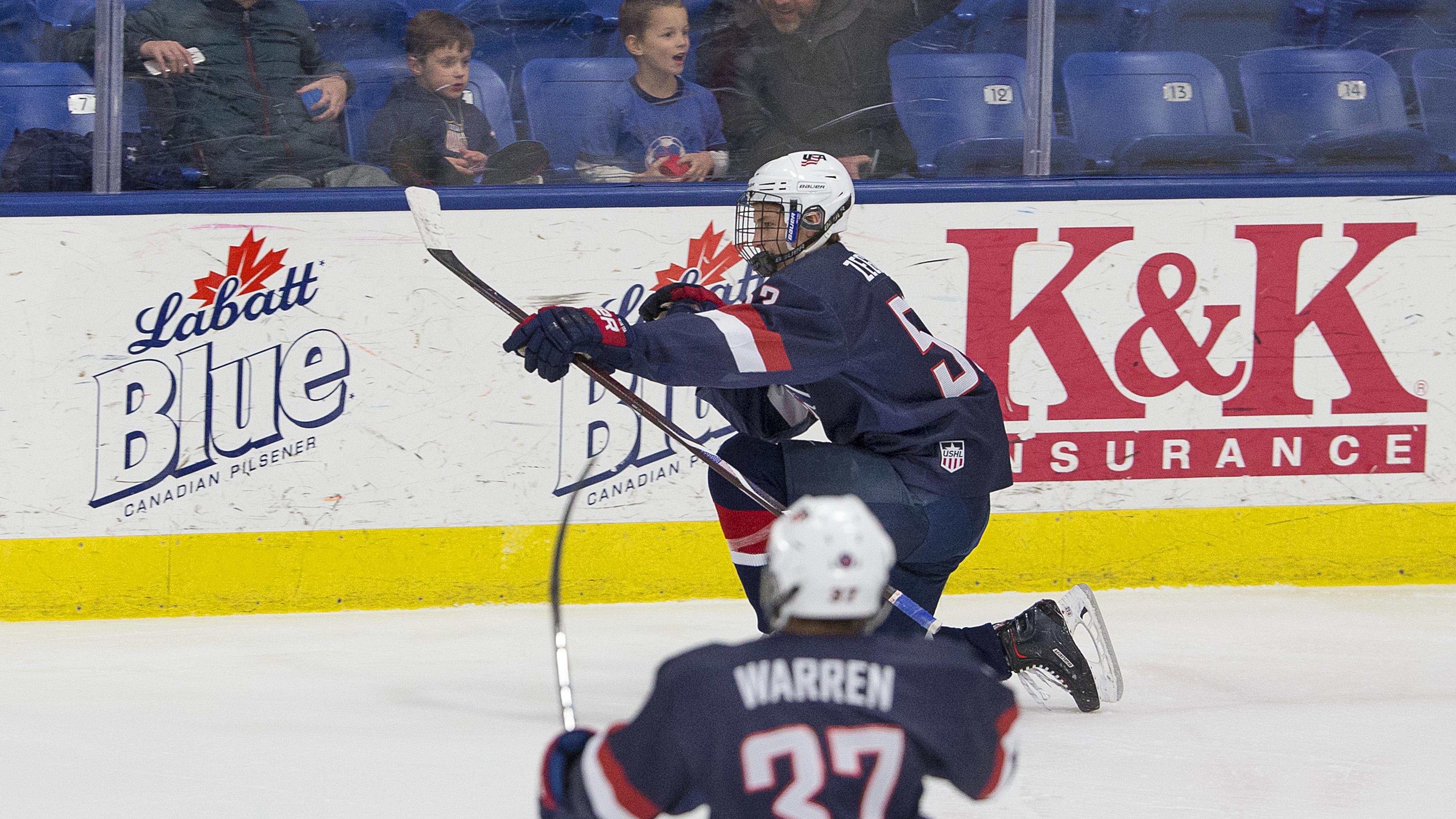 The U.S. National Under-17 Team defeated to Russia this morning, 5-4 in its opening game of the Under-17 five Nations tournament in Finland behind three-point games from Matthew Boldy (Millis, Mass.) and Trevor Zegras (Bedford, N.Y.).

Russia opened the scoring at the 7:01 mark of the first period.

At the 3:03 mark of the second period, Domenick Fensore (Thornwood, N.Y.) tied the game for the U.S. sending the puck into the net from the left point. Zegras and Boldy picked up assists on the goal. 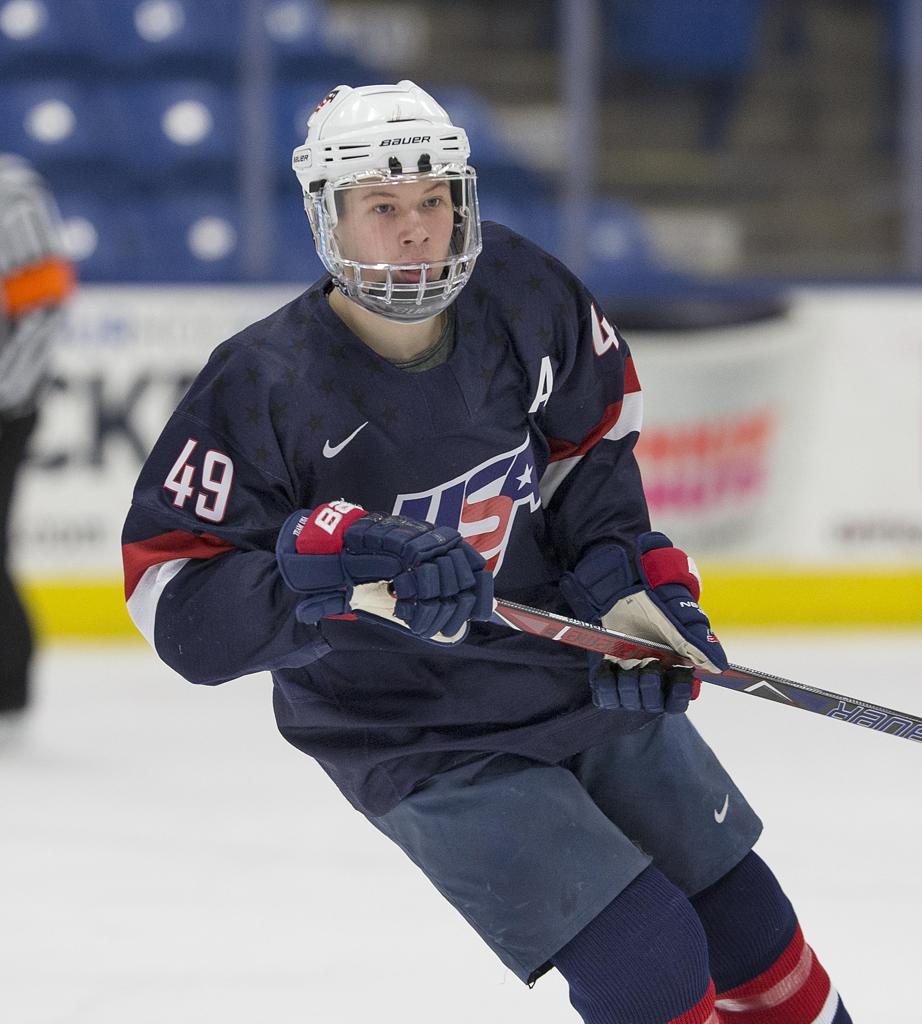 Both teams’ offenses came alive in the third period, combining for six goals.

Alex Turcotte (Island Lake, Ill.) tied the game again at 1:22 of the third period on the power play. He tapped in a cross-crease pass from Cole Caufield (Stevens Point, Wis.) and Michael Gildon (Plano, Texas).

Ryder Rolston (Birmingham, Mich.) put the U17s up, 3-2 after banging home a rebound at the 6:05 mark of the third period. Case McCarthy (Clarence Center, N.Y.) and Zegras tallied the assists.

Alex Vlasic (Wilmette, Ill.) sent the puck to Boldy who was waiting at the blue line and sent the puck in at 12:33 of the third period to give the U17s a 4-3 lead.

Russia came within one at 17:49 of the third, but ultimately couldn’t overcome the U17s.