The U17 team is in Finland to compete in its final international tournament of the season. 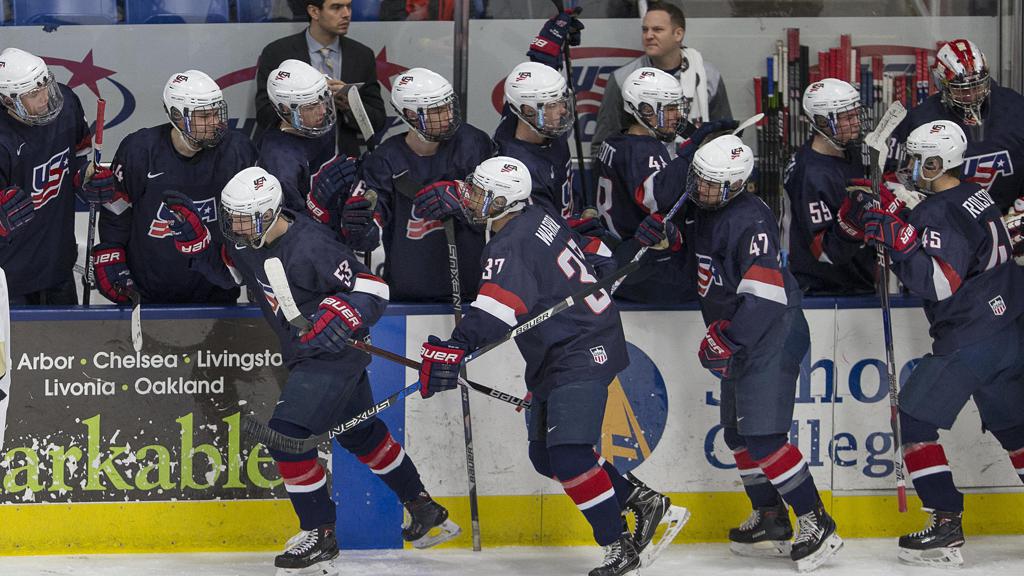 JÄRVENPÄÄ, Finland- The U.S. National Under-17 Team is in Finland to skate in its third and final international tournament of the season, the 2018 Under-17 Five Nations Tournament. The tournament runs February 14-18.

The U.S. will have match-up against Russia, Sweden, Finland and the Czech Republic. Team USA opens play against Russia on Wednesday, (Feb. 14) at 8 a.m. ET before taking on Sweden, Friday (Feb. 16) at 9 a.m. ET, Finland on Saturday (Feb. 17) at 7 a.m. ET, and closing out the tournament against Czech Republic on Sunday (Feb. 18) at 10 a.m. ET. You can follow along here and watch games live here.

The tournament will be the team’s final international competition of the season. In its previous two tournaments the U17s have gone 9-0-0 (W-L-T) and won both the World Under-17 Hockey Challenge in Dawson Creek, British Columbia and the Under-17 Four Nations tournament in Veliky Novgorod, Russia.

U18s Fall to Steel in Return to Ice

U17s Bounce Back with 5-1 Win Over Dubuque