Top U18 Players Will be On Display at Five Nations Tournament 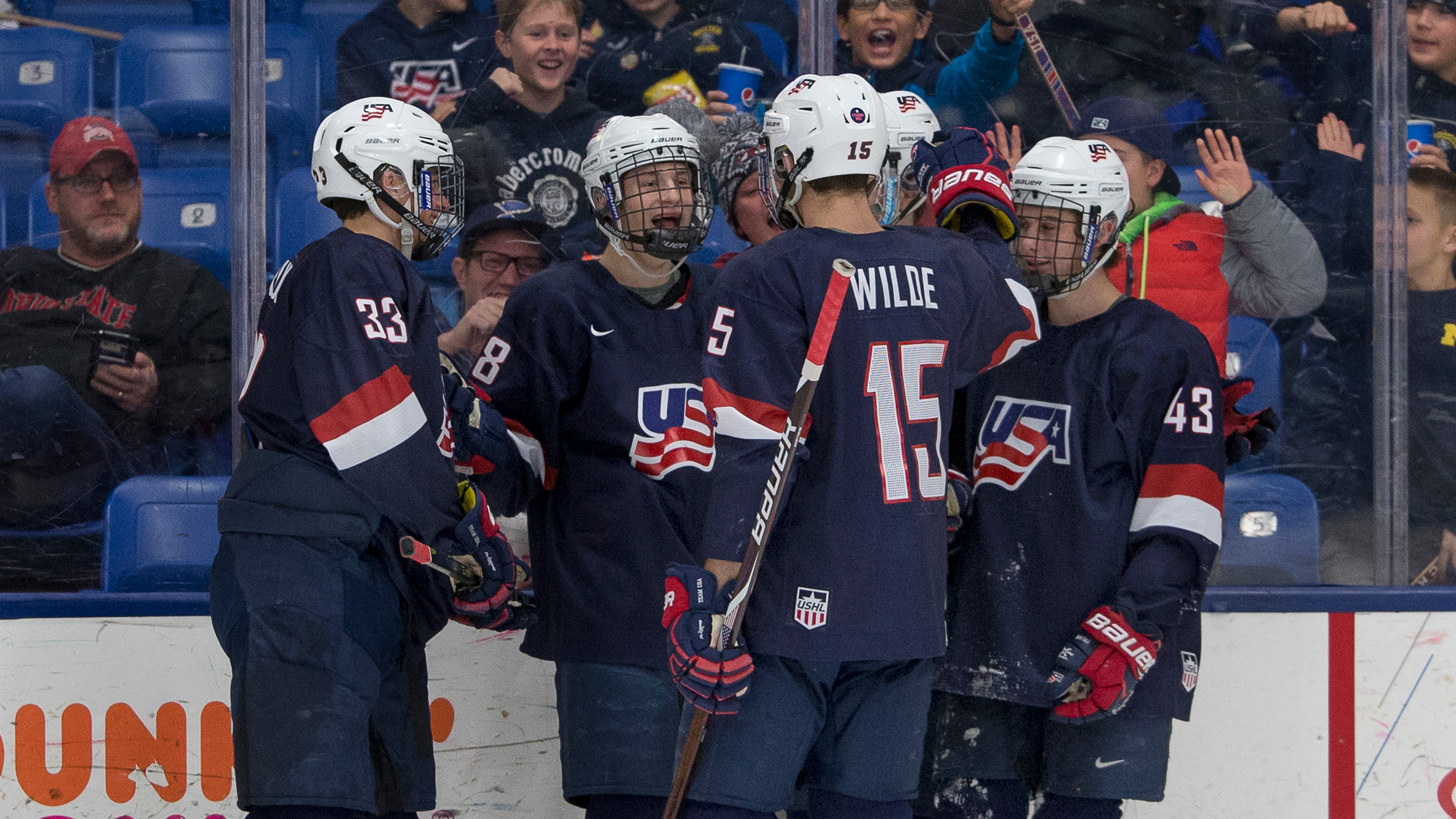 While the Olympic hockey tournament will be getting underway in PyeongChang, South Korea, there will be another huge international tournament happening in Plymouth, Michigan — the 2018 Under-18 Five Nations Tournament presented by Hines Park Lincoln with bragging rights on the line for each of the countries represented.

The tournament, which runs from Feb. 13-17, features some of the top Under-18 hockey players from the Czech Republic, Finland, Russia, Sweden and the United States. Many of the players skating in this event are eligible for the 2018 NHL Entry Draft, which will allow NHL management and scouts an opportunity to see them play on American soil.

“The Five Nations U18 tournament is a premier event leading up to the annual NHL Entry Draft,” said Ray Shero, executive vice president/general manager of the New Jersey Devils. “NHL teams and their scouting staffs use this opportunity to view best-on-best competition for players from all the top hockey countries. With USA Hockey Arena hosting the event in Plymouth, the venue provides great accessibility for all NHL organizations and fans alike.” 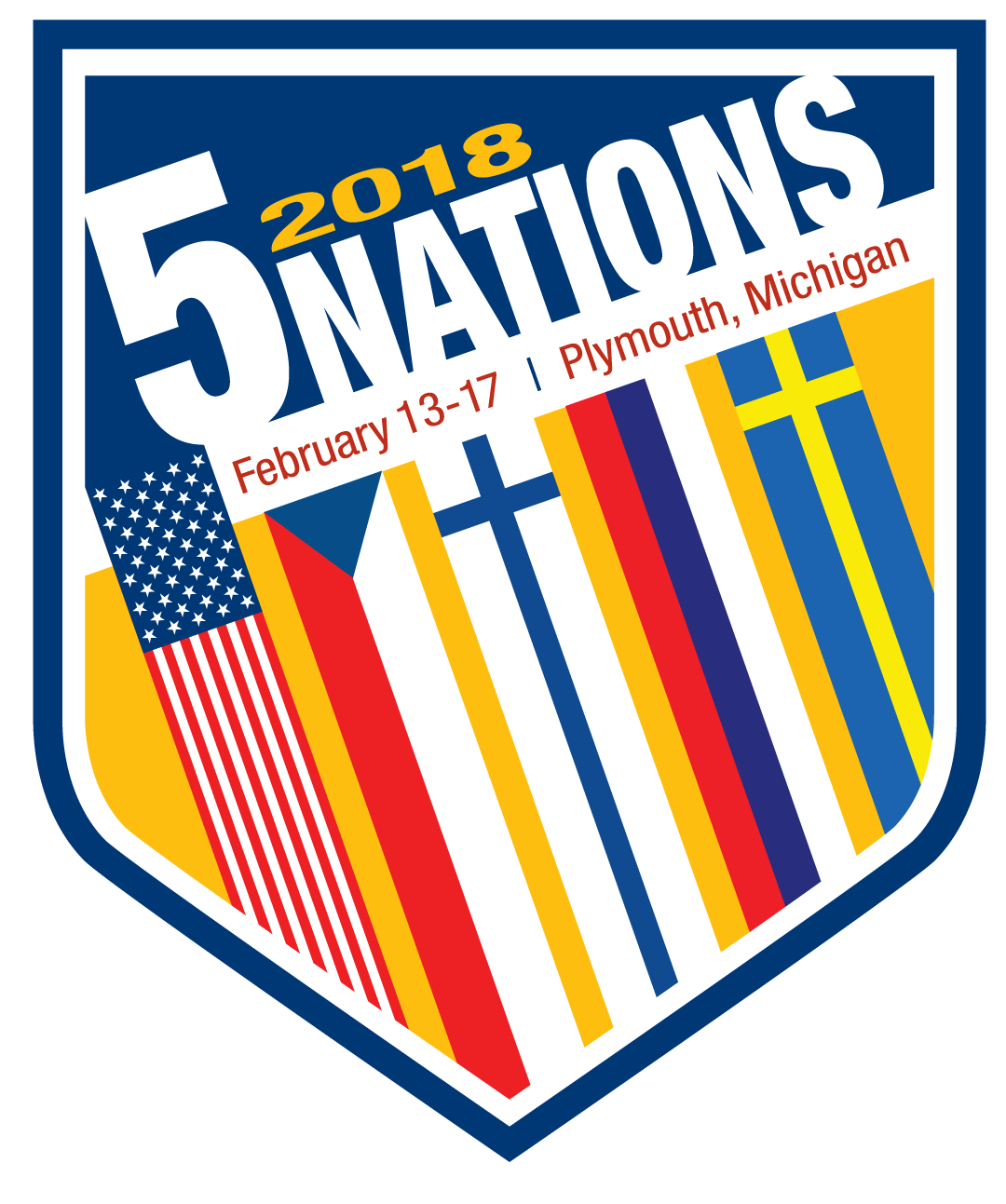 The USA Hockey Foundation purchased the former Compuware Arena in the spring of 2015 with the intention of hosting and showcasing other USA Hockey programs and international events. In addition to this year’s Five Nations, USA Hockey Arena hosted the 2017 International Ice Hockey Federation Women's World Championship last April.

“Our goal was to bring the best international hockey in the world to southeast Michigan. This event is one great example,” said Scott Monaghan, senior director of NTDP operations.

The arena is the home of USA Hockey’s National Team Development Program, and Under-18 Team Head Coach Seth Appert echoed that sentiment and was reminded of how special this event will be for both his team and the coaching staff.

“Anytime you get to put on the jersey and represent your country, it is extremely special,” he said. “To be able to play on home soil and in front of your fans, it is an unique opportunity for our young men.”

For the NHL management, having the Five Nations really highlights just how far hockey has come in the United States.

5
teams in the tournament

10
games in the tournament

112
players in the tournament

"The tournament is among the best from a scouting standpoint,” said Brian Burke, president of hockey operations for the Calgary Flames. “For the NTDP and USA Hockey Arena to continually host events, it reflects the growth and improvement USA Hockey has seen on the world stage.”

According to NHL Central Scouting, the Five Nations will see several of the top ranked draft picks on the ice, including USA forwards Oliver Wahlstrom (7th) and Joel Farabee (11th) and defenseman Mattias Samuelsson (17th) and K’Andre Miller (31st). Rankings are based on the mid-term for North American-based skaters.

Farabee understands how special this experience is to play internationally, not just for the Americans, but also for players from each nation.

"You're seeing the best guys from each country represented,” he said.

You're seeing the best guys from each country represented.

Scouts and fans alike will agree as they’ll be able watch several potential top picks, including Russian Andrei Svechnikov, who is the top ranked North American skater. Svechnikov is currently playing in the Ontario Hockey League for the Barrie Colts after playing for the Muskegon Lumberjacks in 2016-17. Finnish forward Sampo Ranta, who is currently playing for Sioux City Musketeers, sits at No. 23.

Defenseman Adam Boqvist, who is ranked second among European skaters, will suit up for Team Sweden. All told, Sweden has 14 players at the Five Nations who are currently ranked among the top 40 players and goalies available for this year’s NHL Draft.

The Czech Republic roster is highlighted by netminder Lukas Dostal, who is ranked third among European goaltenders in the mid-term rankings. Dostal is currently playing in his hometown of Brno.

"The Under-18 Five Nations Tournament is one of the most important events for NHL teams to evaluate players for the upcoming NHL Entry Draft,” said Ryan Martin, assistant general manager for the Detroit Red Wings. “First and foremost, the quality of the competition is elite. 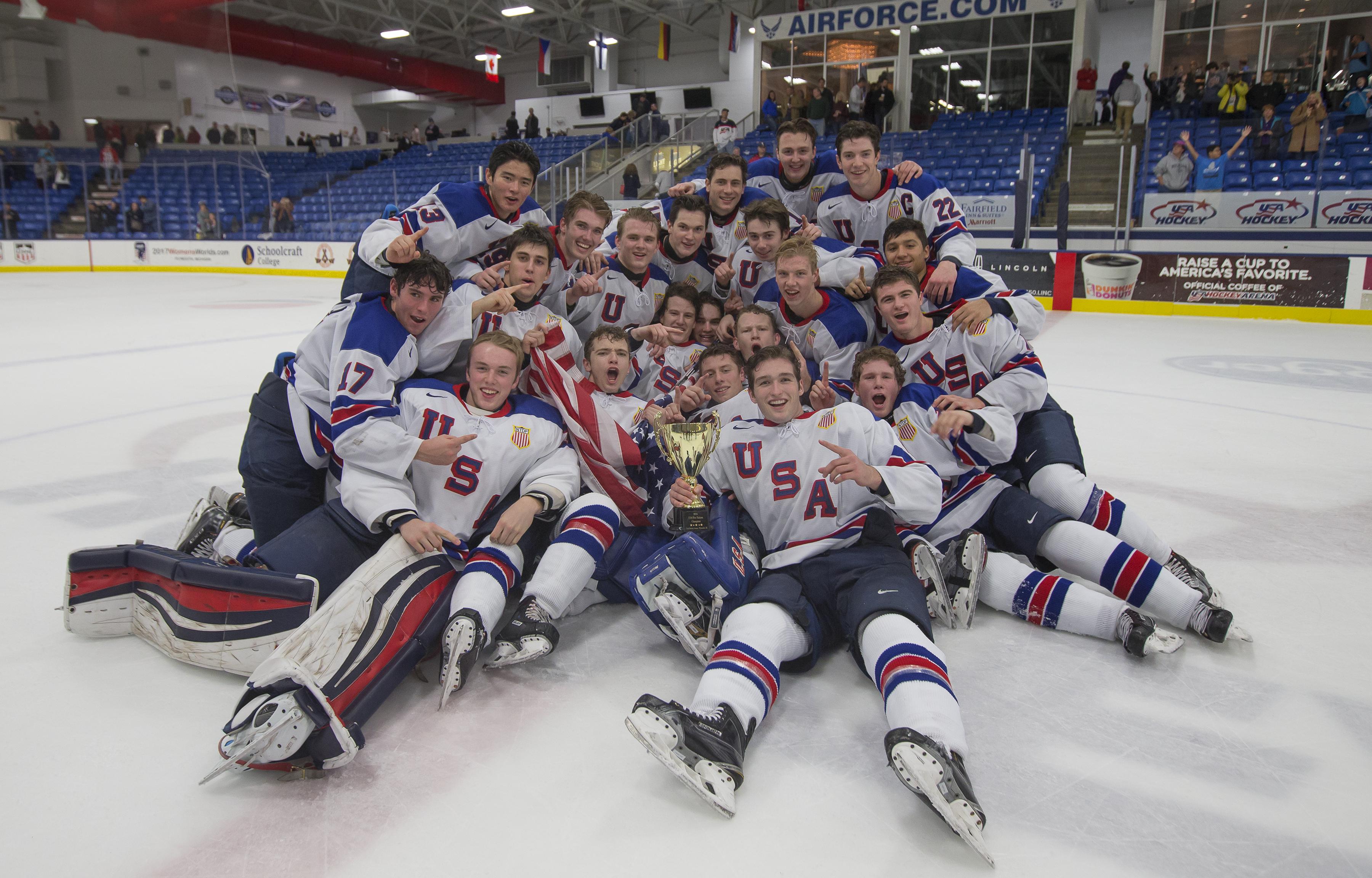 The U.S. looks to defend its 2016 U18 Five Nations title on home ice (Photo by Rena Laverty)

“Furthermore, with the exception of a limited number of players born in 2001, the U18 tournament offers NHL evaluators the unique opportunity to watch these premier players compete against their own age group, as many of these prospects play the majority of their season against players one and two years older. The fact that Plymouth is hosting the event this year is an added bonus for NHL teams, as it allows more NHL scouts and NHL management who may not otherwise be available to travel to Europe to see the event and evaluate many of the top players for the 2018 NHL Draft.”

The USA players echoed the excitement of the opportunity to play against players in their own age group. It always brings out the best in each player.

"International games, you don't take any for granted cause everyone's good enough to beat you,” said forward Jack Hughes, who is eligible for the 2019 NHL Draft and has recorded 68 points, including 19 goals in 38 games this season.

From a fan’s perspective, tournament games will sound a little different in that national anthems will not be played prior to the game. Rather, in international play, they are played at the end.

“The winner’s anthem is played after the game,” Monaghan explained. “You literally play the game to hear your national anthem. There’s nothing better than that.”

National pride will be on the line at USA Hockey Arena as each team battles for bragging rights.

Tickets for the 2018 Under-18 Five Nations Tournament presented by Hines Park Lincoln are available here.