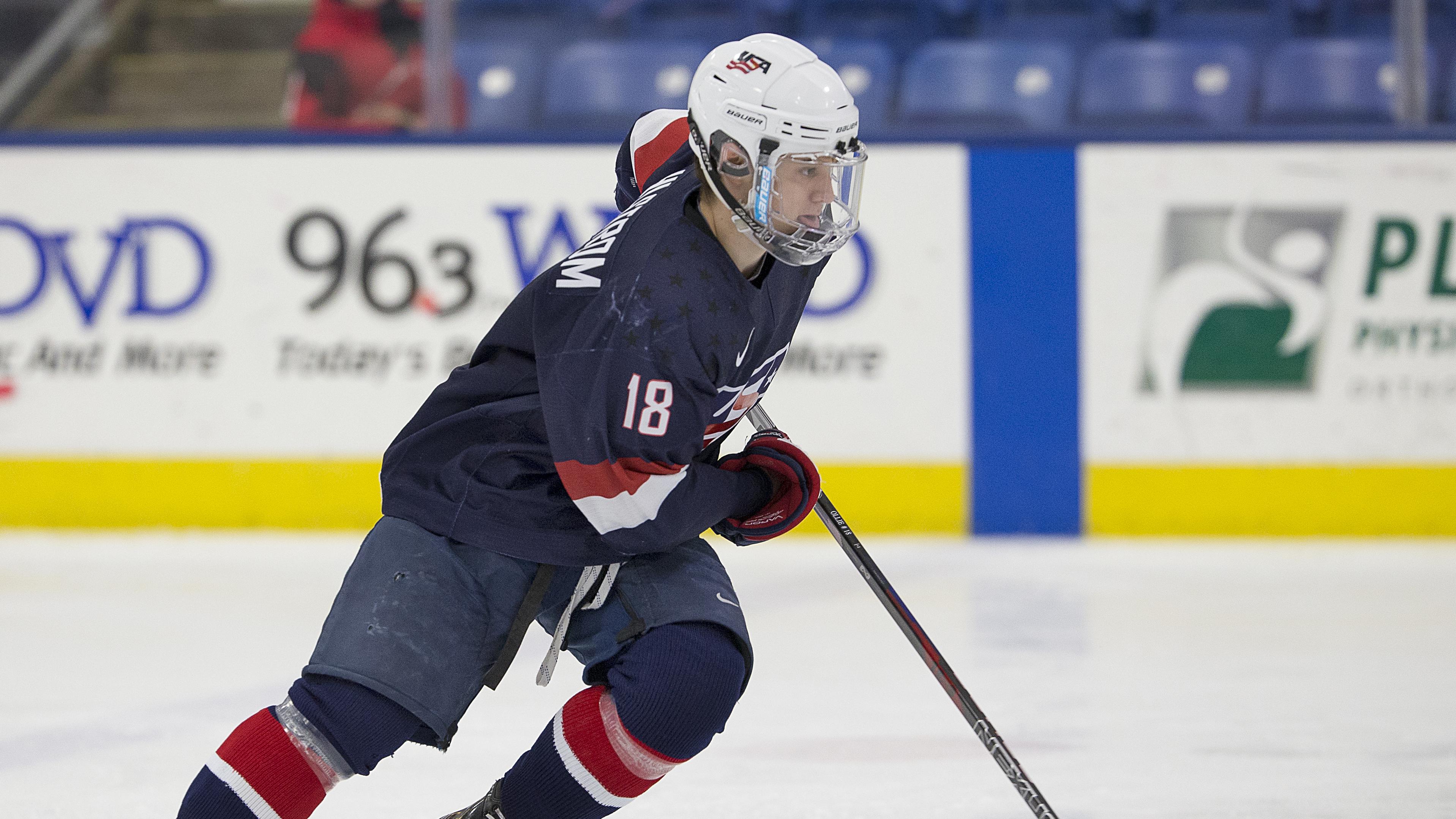 Minnesota State scored first at 3:30 in the first period.

Team USA tied the game at 14:26 in the first. Joel Farabee (Cicero, N.Y.) made a backhand pass to Wahlstrom in the slot, who beat the goalie with a quick wrist shot. Mattias Samuelsson (Voorhees, N.J.) also assisted on the goal.

Wahlstrom drove into the zone and shot the puck through a defender’s legs to tie the game again at 5:37 in the second period. Samuelsson tallied another assist on the goal.

The Mavericks scored three more goals in the second to take the lead 5-2.

Tyler Weiss (Raleigh, N.C) scored at 6:51 in the third on a three-on-one breakaway. Samuelsson recorded his third assist of the night on the goal.

The U18s were zero for two on the power play, and they stopped three of four chances on the penalty kill.

The U18s return to action Friday, Feb. 2 at 7:05 p.m. CST against the Madison Capitols at the Bob Suter Capitol Ice Arena.