Junior forward Troy Terry looks to make the most of his experiences with Denver and the 2018 Olympics. 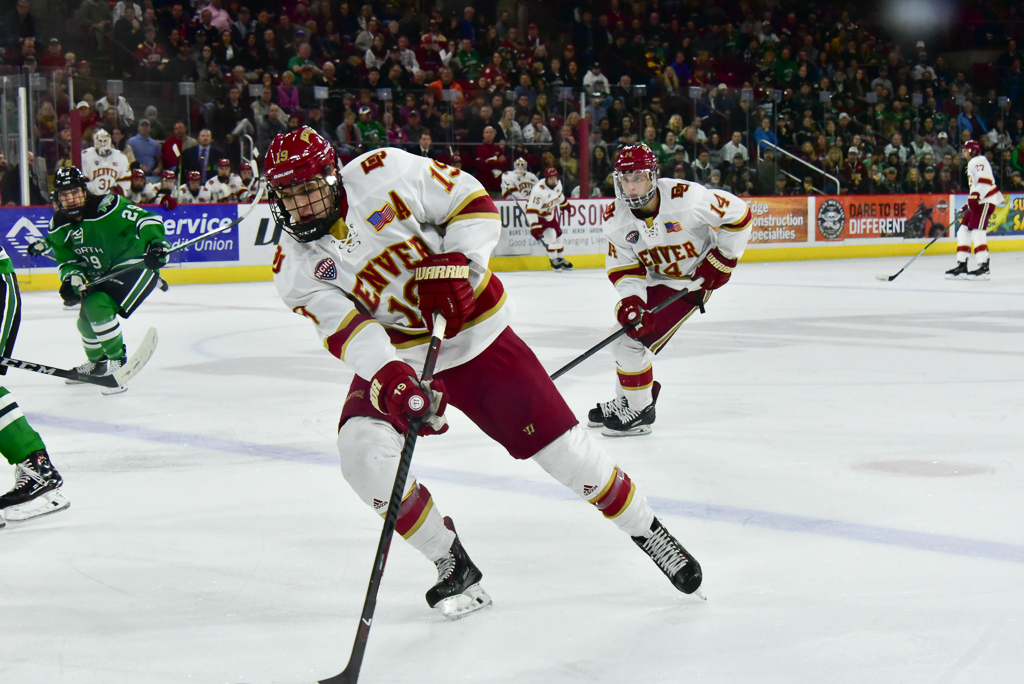 Less than a month ago, Troy Terry sat in the living room of his family’s home in Colorado with his mom, dad and brother as they lounged around watching Elf. He’d just finished playing a home series with the University of Denver and was finally home for a holiday break when he received a phone call.

That call was an official invitation to represent the U.S. at the 2018 Winter Olympic games in PyeongChang, Korea.

The call purely capped off a phenomenal few seasons for the star forward.

About a year earlier, he had won gold with the U.S. at the 2017 World Junior Championships, where he scored the game-winning goal in a shootout for the U.S. to beat Canada in the championship match. Soon after, Denver and the rest of the Pioneers would take home their first national title in 12 years.

And to think it all started with a kid who didn’t play ice hockey until he was seven.

“My dad played football growing up, really no ties to hockey whatsoever,” Terry said. “When I was a kid, he was flipping through the TV and showed me an Avalanche game, and I was just instantly gravitated toward it. I don’t know what it was about it, probably just the speed of everything, but I was addicted to it. ... I know that the first team I played for I wasn’t very good, I got moved to goalie because they tried to hide me a little bit.”

After some consistent practice and training, though, Terry showed improvement and worked his way up to skating with the Colorado Thunderbird youth hockey association. From there, a career in hockey started looking more and more serious.

“Ever since then, every step has just gotten cooler and cooler and I never expected any of it. It was really great to make the NTDP team, it was always a goal of mine but it seemed pretty unrealistic to me. And then to get a scholarship to come play at Denver — where I had season tickets growing up — then to the World Juniors and to the Olympics... it just keeps stepping forward and these are things I wouldn’t have ever expected and it’s been a really cool ride.”

Despite the late start, Terry made his way up the ranks and by the time he was a freshman in high school, he received an offer to play at Denver. A year later, Terry got a late offer to play for the National Team Development Program’s Under-17 team for the following season, though he felt he wasn’t physically ready for the opportunity. He went back to play in Colorado for another year so that when the offer came back around, he was ready to jump on the opportunity. 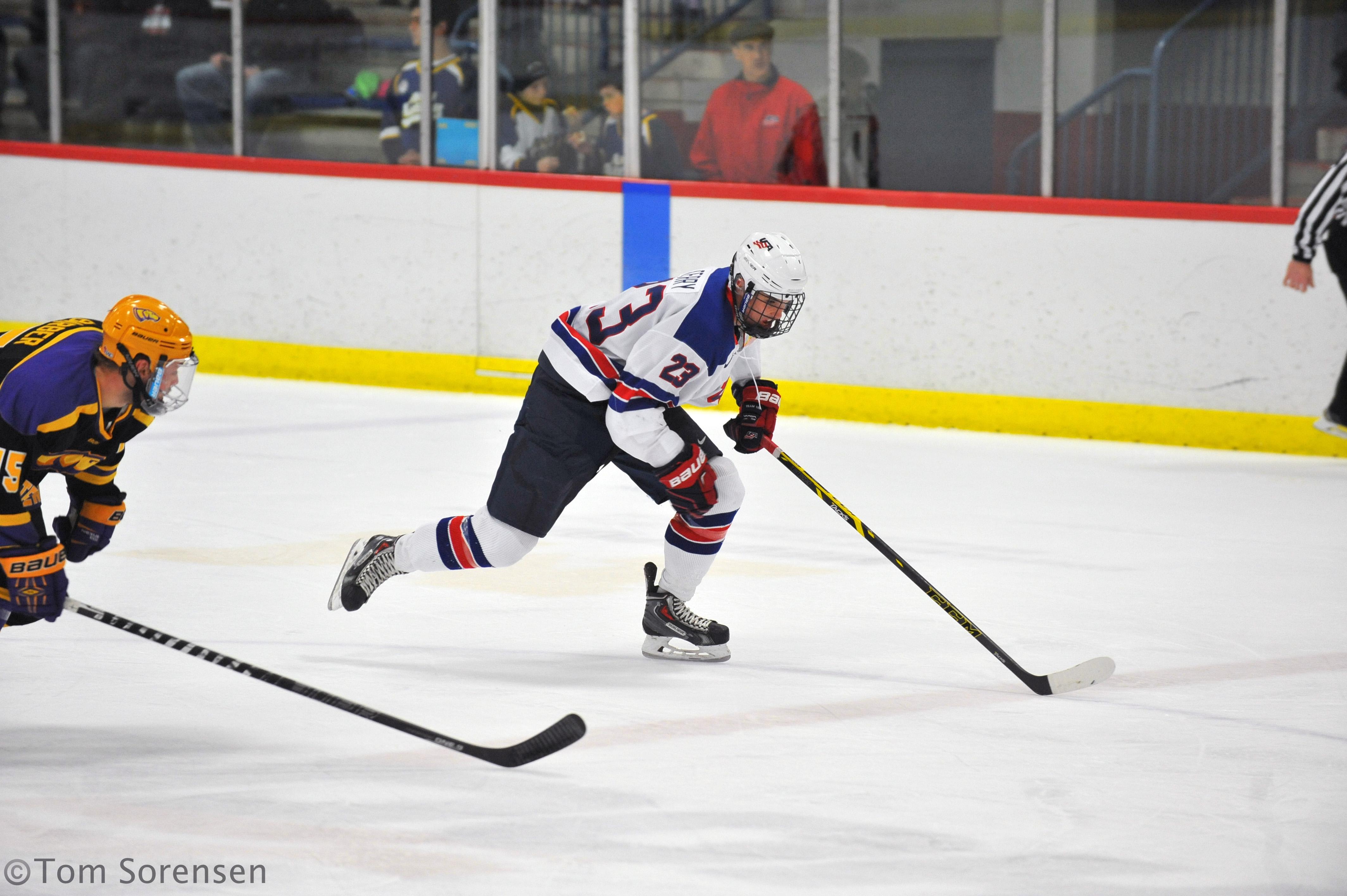 “The offer came back around the next year and I couldn’t pass it up,” Terry said. “I got to play with guys like Auston Matthews and Matthew Tkachuk and all those great hockey players, and I think that’s one of the biggest reasons of where I am today.”

Terry made his way to USA Hockey’s National Team Development Program as a member of the Under-18 team during the 2014-15 season and played in 66 games for the red, white and blue, tallying 44 points through 19 goals and 25 assists. Terry was also a part of the U.S. Men’s National Under-18 Team that brought home gold in 2015 and was picked by the Anaheim Ducks in the fifth round of the 2015 NHL Entry Draft.

After the NTDP, Terry made it home to Denver, a school he had always dreamed of attending. When he was younger, his family had season tickets to watch the Pioneers play, so when he received an offer to play there his freshman year, he didn’t dwell on the opportunity.

During his first season, the Pioneers made it to the Frozen Four of the NCAA Tournament, but fell to eventual champion North Dakota. His sophomore year, after returning from winning gold with the U.S. World Junior team, Denver won its eighth national championship.

For Terry, that experience meant a lot more than just being on a winning team.

“It was pretty incredible, it was something I wanted to do since I was a little kid and I watched them do it in ‘05,” Terry said. “It meant a lot to me to be able to do that and do it for the little kids like myself who were watching. It was very personal to me and it’s one of my favorite moments in my life. There’s a lot of little kids in the Denver area and I’m lucky that they look up to me because I know back then I was one of them. It’s really cool to be in the shoes of the Pioneers that I watched growing up.”

And if the last few seasons are any indication, those kids will have a lot more to look up to.