Hockey Was the First Love for Matthew Boldy

The NTDP forward tried other sports, but nothing compared to hockey 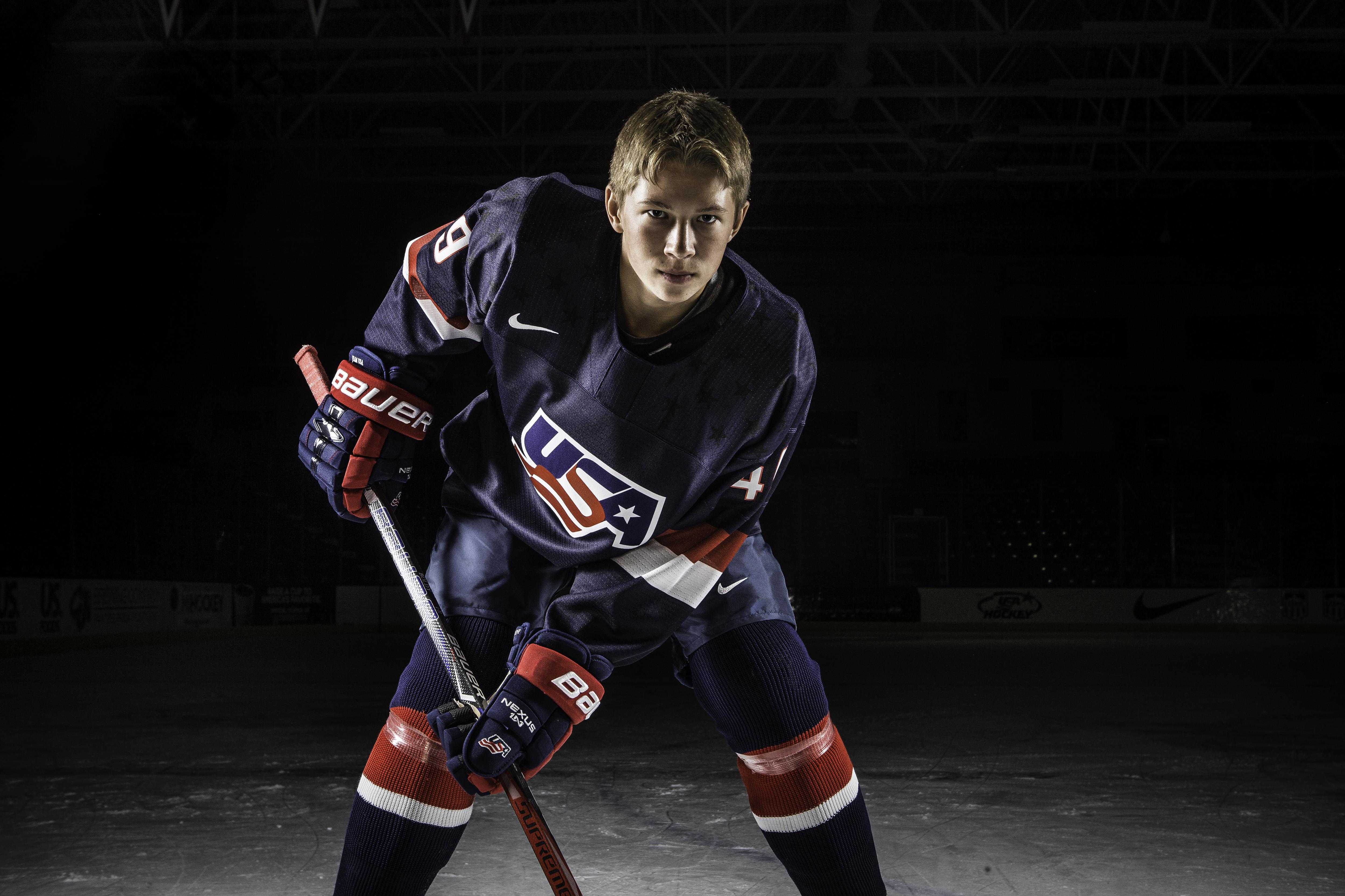 Growing up in the small town of Millis, Massachusetts, there were only a few opportunities to play sports. Ultimately, there was only one that Matthew Boldy truly loved to play.

“I started playing hockey when I was 2-and-a-half,” he explained. “My dad [Todd] got me into it. He never played hockey, rather he was a big football guy, but he still loved the sport. There really was no where for us to play football so it came second for us.”

Todd played college football at the University of Maine, but his son never played the sport.

“We grew up in a small town so there was not really a program that we could get involved in. He loved hockey so it was easy for us to pick it up. He was an athletic guy so it was in our genes,” he said.

Boldy did grow up playing a few other sports — baseball, lacrosse and golf — but hockey was his first choice and ended up being the one he loved the most.

“I played baseball, lacrosse for a few years and I’m a pretty good golfer in addition to hockey,” he said. “This is the first year that I have just focused on hockey.

“I have known my whole life that hockey is what I have always wanted to do. It wasn’t a huge transition. I liked playing those sports but they definitely came after hockey.”

It was a no-brainer for him to accept his invitation for play for USA Hockey’s National Team Development Program this season. Since his arrival in late August, Boldy has relished the opportunity to learn from the Under-17 coaching staff.

“Play my game and know my role is what they have told me,” he said. “That is a big thing I need to do as a player. It’s the little things that help the team in general.

Boldy credits this as a big reason for the team’s early season success.

“We are close as a group,” he said. “The chemistry is unbelievable. We are happy when someone does something good.

Having this tightknit group was a big reason why the U17s captured the 2017 World Under-17 Hockey Challenge in mid-November in Dawson Creek, British Columbia. The U17s posted a 6-4 win over Canada Red in the championship game. It was a memorable night for Boldy and one he will never forget.

“It was such a great feeling,” said Boldy, who finished as the tournament’s third leading scorer with nine points. “Being in the stadium with so many Canadians, there is no better feeling when the final buzzer went off and everyone went crazy. I was on the ice, back checking when the buzzer sounded, so I was already heading towards our net.

“I hugged [Michael] Gildon first. We actually ran into each other and I gave him a big hug. I’m still smiling about that.” 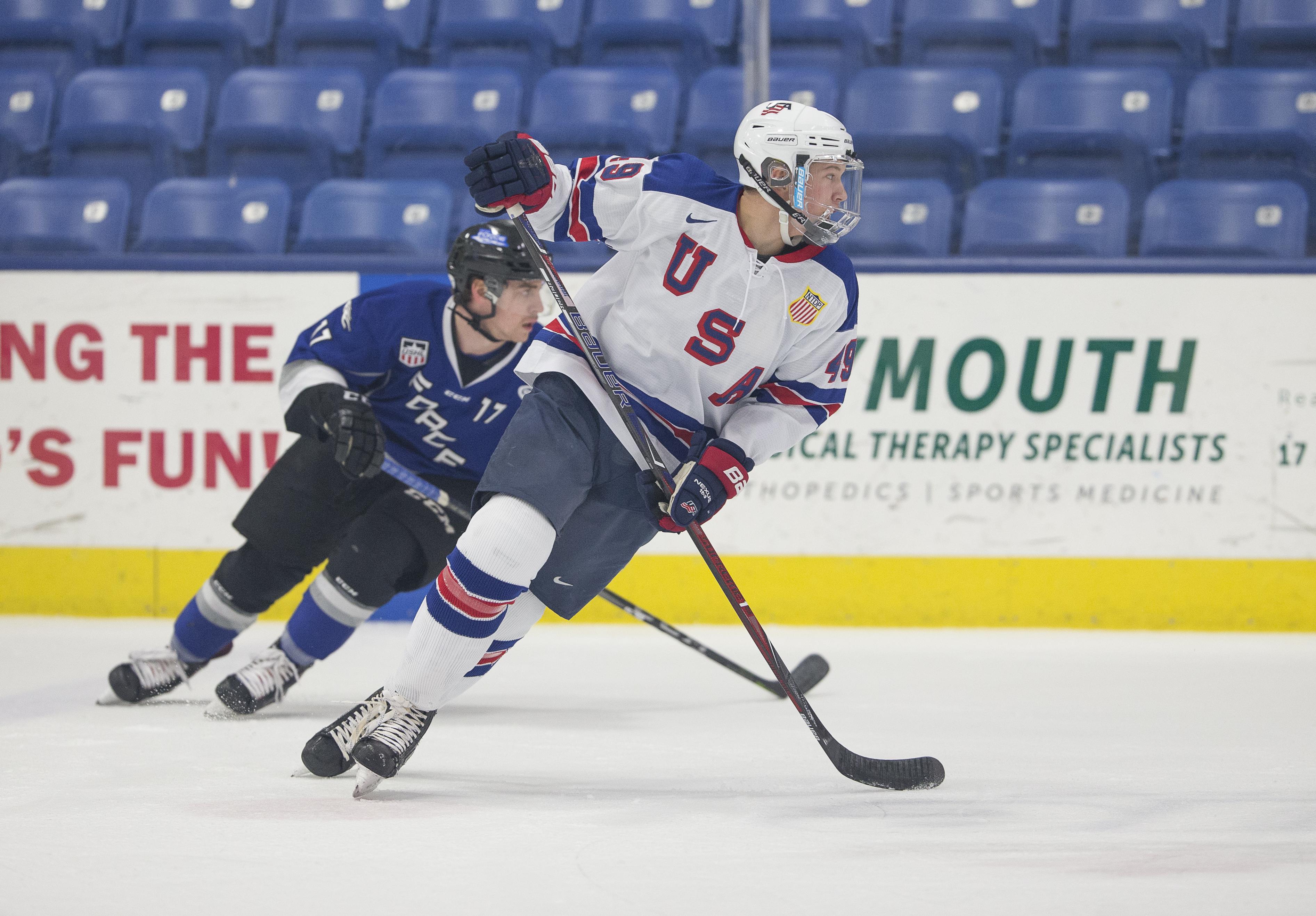 Even more impressive for Boldy was the fact that the team finished undefeated in the tournament, winning all three round-robin games, including one in overtime, and then the quarterfinal over Sweden and the semifinals over Canada White.

“It’s tough. You have to show up every day. You kind of have a target on your back as everyone is trying to beat you. It’s good to get everyone’s best effort,” he said.

Boldy and his U17 teammates just finished their second international tournament of the season — the Four Nations in Russia. For a talented group, it really comes down to sticking to the basics in order to experience that success.

“We need to keep doing what we are doing,” he said. “You are playing a lot of games in a short amount of time so we have to be in good condition.

“It helps that we have such a good bond in the locker room. It’s been better than anything I have experienced before. It’s a great group of guys so it’s pretty easy.”

Since arriving in Plymouth, Michigan in late August, the 6-foot, 175-pound forward has seen his game grow tremendously. He credits the little things for making a big difference in his game.

“Playing against bigger, stronger guys [really helps],” he said. “You have to be able to do different things to get offense going and stand out on the ice. Physically, I’m getting bigger and stronger here which helps to play against older guys, it has helped my game mature.”

In addition to developing as a player, Boldy greatly values the opportunity to wear the colors of his country.

“It means the world to wear the jersey,” said Boldy. “Not everyone gets the opportunity to do it. Just to show up and put on the crest, even in my practice jersey, it just means so much.

“You get chills the first time you walked into the locker room and see the jerseys hanging up. You feel fortunate and blessed to be able to wear it.”