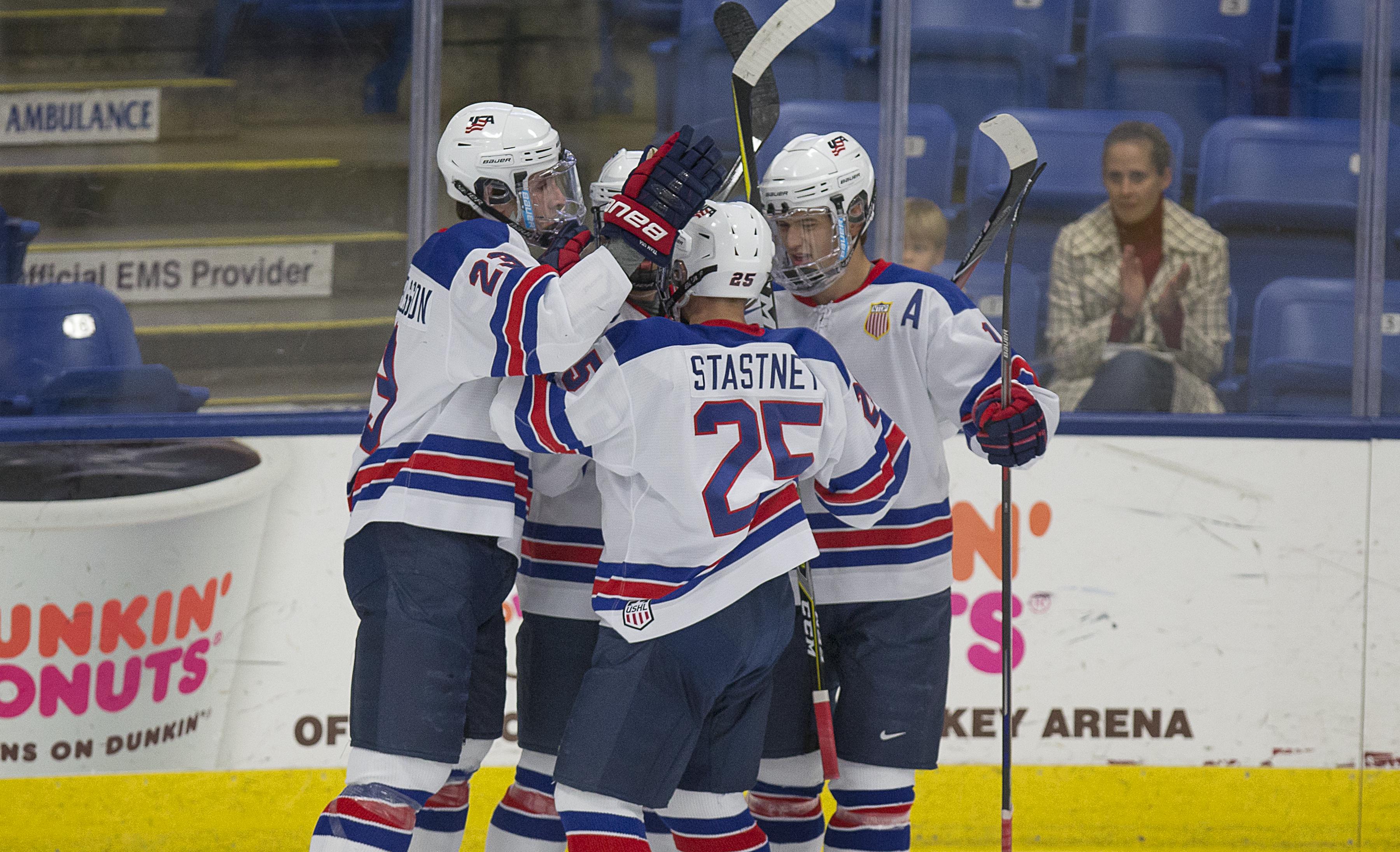 The U.S. National Under-18 Team defeated the Adrian College Bulldogs, 4-2 Saturday night at Adrian College. The win is the U18s second win against an NCAA opponent this season.

The U18s came out strong scoring three goals in the first 20 minutes.

Patrick Giles (Chevy Chase, Md.) extended the U18s lead at 13:56 of the first period sending the puck into the top left corner after a turn-around shot from the slot. Jack DeBoer (Madison, N.J.) and Gavin Hain (Grand Rapids, Minn.) tallied assists on the goal.

Adrian netted a shorthanded goal at 13:49 of the second period.

The Bulldogs pulled within one at 8:26 of the third period after cleaning up a rebound in front of the U.S. net.

Jonathan Mor (Highland Park, Ill.) came up with a big save to preserve the U18s lead with eight minutes left in the third period on a 2-on-1 breakaway.

Oliver Wahlstrom (Quincy, Mass.) netted the empty-netter at 19:28 of the third period.

Mor finished the night with 16 saves while Adrian’s Kevin Entmaa finished with 30 saves.

The U18s are back in action Friday, Nov. 3 at USA Hockey Arena against the Youngstown Phantoms at 7 p.m. ET.