Five players with ties to the NTDP among "A" rated prospects 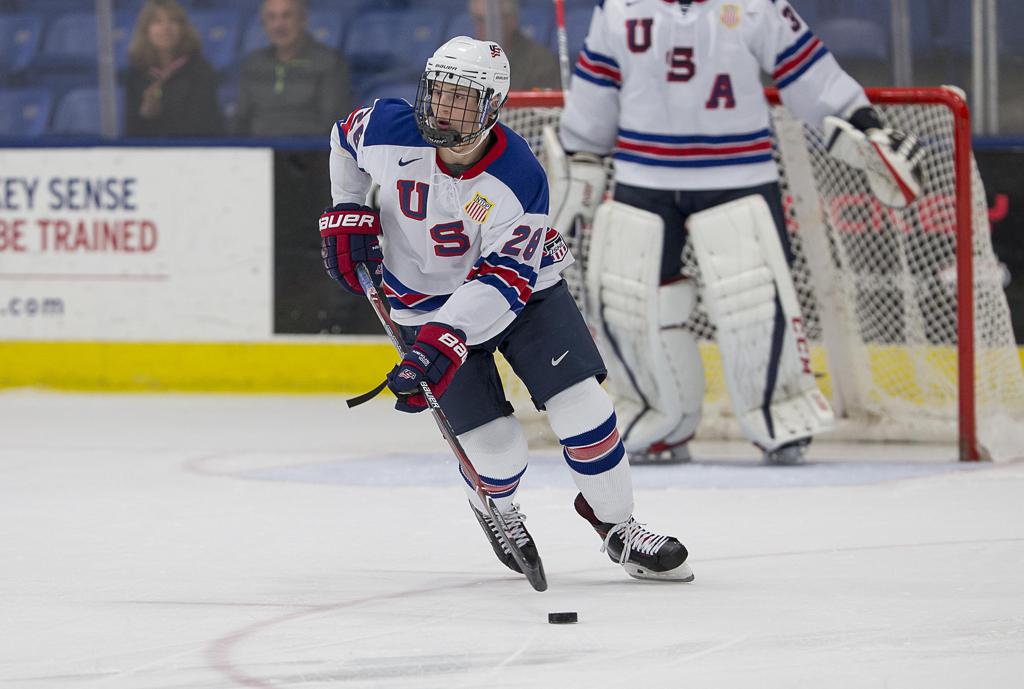 Seventeen players currently on the U.S. National Under-18 Team roster and eight former NTDP players  were named to the NHL Central Scouting’s list of “players to watch” for the 2018 NHL Entry Draft.

Players listed as “A” skaters who are probable to go in the first round of the 2018 Draft are forwards Joel Farabee (Cicero, N.Y.) and Oliver Wahlstrom (Quincy, Mass.) and defenseman Mattias Samuelsson (Voorhees, N.J.).