The U.S. National Under-18 Team U-18 Team scored four unanswered goals in the third period to overcome a 2-1 deficit en route to a 5-2 victory against the Central Illinois Flying Aces at the 2017 USHL Fall Classic at the UPMC Lemieux Sports Complex. 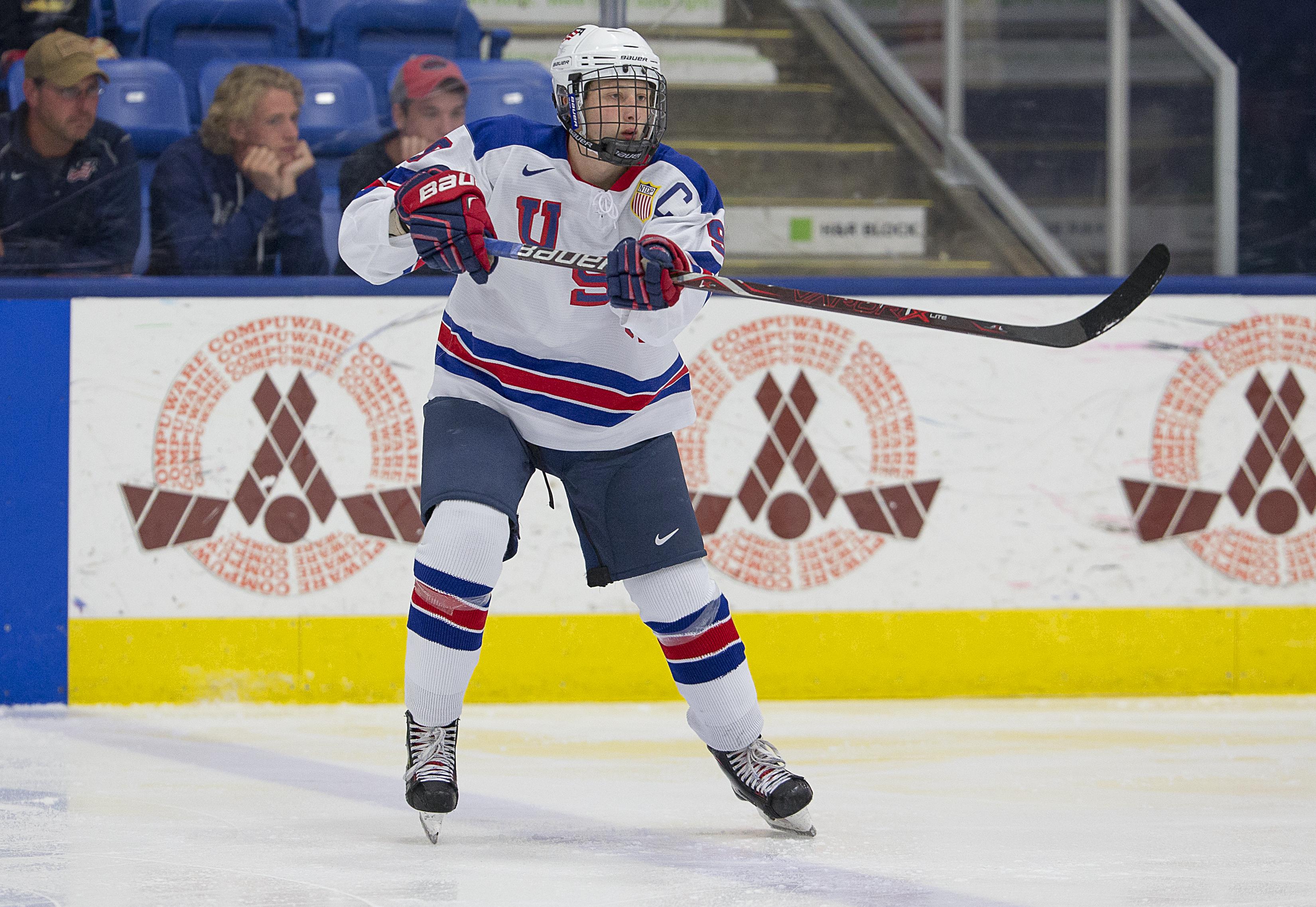 CRANBERRY, Pa. – The U.S. National Under-18 Team scored four unanswered goals in the third period to overcome a 2-1 deficit en route to a 5-2 victory against the Central Illinois Flying Aces at the 2017 USHL Fall Classic at the UPMC Lemieux Sports Complex.

Mike Callahan and Lucas McGregor scored for the Flying Aces whose record now stands at (1-1-0-0) (W-L-OTL-SOL) in USHL preseason play.

The U18 used special teams to gain the advantage in the win. The penalty killers and defenders - along with goaltender Jonathan Mor (Highland Park, Ill.) - killed all eight Central Illinois power plays, including a pair five-minute majors.

"The penalty killing won us the game," said U18s head coach Seth Appert (Cottage Grove, Minn.). "The number one thing you have to have in good penalty killing is great goaltending. I thought Jonathan Mor was fantastic for us.”

Gruden started the scoring at 2:55 of the second period, taking a pass from Weiss at the Central Illinois blue line and beat Flying Aces goaltender Erik Gordon at 2:55.

Central Illinois' only lead in the game came on the second period on goals by Callahan at 12:16 and McGregor at 19:22.

The U18s took back the lead with a pair of goals 10 seconds apart in the third period. Weiss tied the game at 2-2 at 4:15 taking a high pass in the neutral zone, batted the puck down skillfully and scored,

Farabee scored a goal scorer's goal at 4:25, roofing a shot from the right goal line over Gordon's shoulder to give the U18s the lead for good.

O'Brien increased the U18 lead to 4-2 at 13:23, following Weiss's pass through traffic in front of the Central Illinois net and scored on a well-placed low shot.

Wahlstrom scored the final goal of the game (15:33 of the third period) taking a pass from Farabee and burying the shot, top shelf.

The U18s continue its participation in the USHL Fall Classic on Saturday morning at 10:45 a.m. ET against the Omaha Lancers.