Converted forward hasn’t looked back since 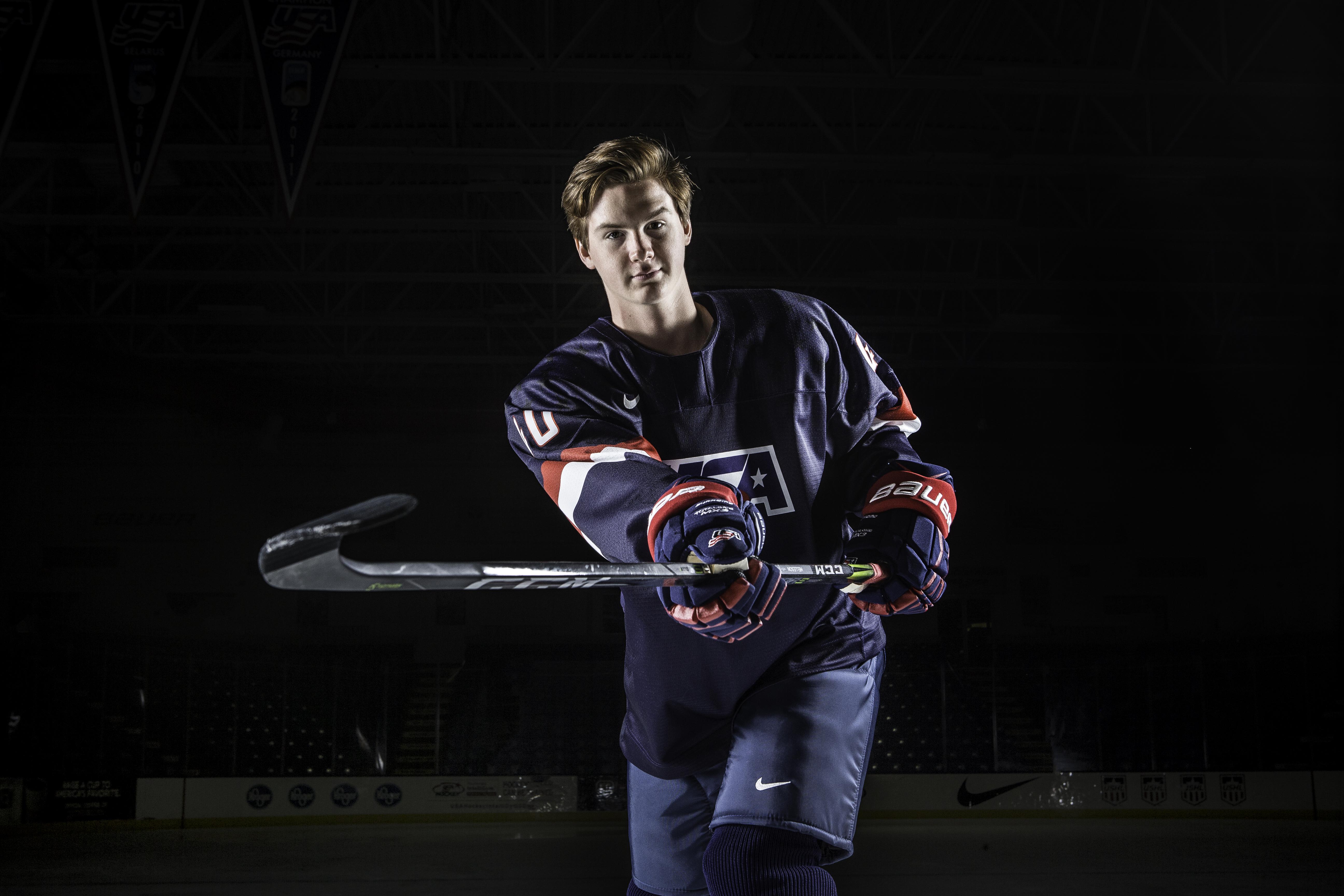 Playing forward was the only thing Drew Helleson wanted to do when he was growing up. The story of how he ended up manning the blue line started with a major growth spurt.

“I started out at forward in youth hockey,” Helleson said. “I went through a growth spurt when I was 11 and my coach asked me if I wanted to try out defense. I said yes and I have liked it ever since.

“I like being the quarterback on the ice. You really get to set the pace and get to control the play. You can see what is going on and be able to help the forwards or the goaltender.”

“I was three when I started playing,” said Helleson. “My dad played when he was younger. Growing up in Minnesota, it is a big deal to play hockey. In the winter we play pond hockey, and I really got into it with my friends.”

Helleson played two seasons at Shattuck-St. Mary’s School in nearby Faribault before earning the opportunity to represent USA Hockey’s National Team Development Program. It was an easy decision for him and he had a current Under-18 team member to lean on for advice.

“I stayed at Shattuck so I was familiar with that. The NTDP is where the top players come to play,” he stated. “The competition is so much higher. I had nothing but a good experience at Shattuck but this was another step up.

“I knew [current U18 forward] Oliver Wahlstrom when he played for Shattuck. He said to be ready that it will be difficult. You will get stronger and tougher but you will have to stay mentally strong. It will be a grind at times but you will improve as a player. Oliver is a good player to look up too.”

Helleson was a member of the Shattuck team that captured the national championship two years ago and finished as the runner-up just one year ago. He knows he can take those experiences and use them with the NTDP.

“It was a great feeling [to win the national championship],” he said. “It felt even better to show all the work that we had put in throughout the year. Last year, we made it to the national championship game but we came up short. I know I need to use that same mentality here at the NTDP. As hard as it gets, no matter how hard, I have to work hard.”

When times get tough, Helleson often turns to some advice he received from one of his former coaches.

“My former coach Mark Abalan, who is now the head coach of the [USHL] Chicago Steel, told me that you have to ‘embrace the suck.’ You might have a hard practice after a tough game but you need to keep your head up and work hard. It doesn’t matter if it is a practice or a tough game, you need to remember those words,” he said. 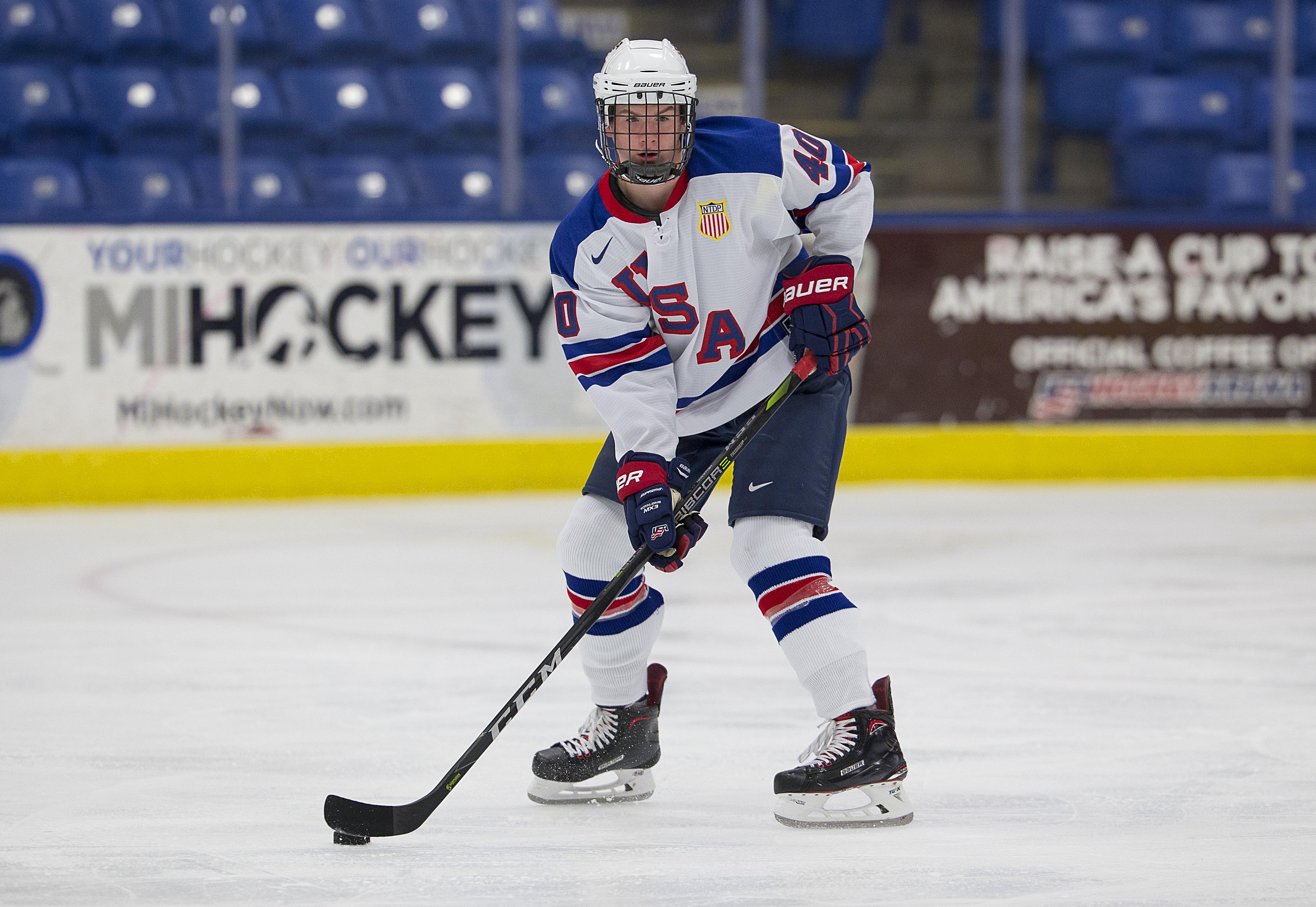 Helleson has already grasped the importance of how his work in practice makes him a better player.

“As a player, we are pushed to get better,” he said. “We do drills that help us get to the gaps. We hustle back for pucks and work on the breakaways. We have competitions in the corner. We have been working on so many things the last few weeks.”

One thing that Helleson has taken to heart since arriving in Plymouth, Michigan is a few words of advice from the current Under-17 coaching staff.

He will get two trips back home to Minnesota in the next few weeks to face different opponents. Helleson and his U17 teammates will play two different games at the Schwan Super Rink in Blaine on Oct. 22-23 and then, a pair of games against the Minnesota Elite League on Oct. 14-15 in New Hope.

“It will be fun,” he said. “I know a lot of the players. I will be playing against some of my buddies from back home. It will be great to have my family there, see me play and hopefully, see a few wins.”

One thing that doesn’t change is how much pride Helleson feels when he gets to put on the USA jersey.

“It means everything to all of us. We have pride for our country. To throw the jersey on, even in practice, it just feels great. To wear it in a game, it will just be the greatest feeling,” he said.

And he will do so proudly from the blue line.