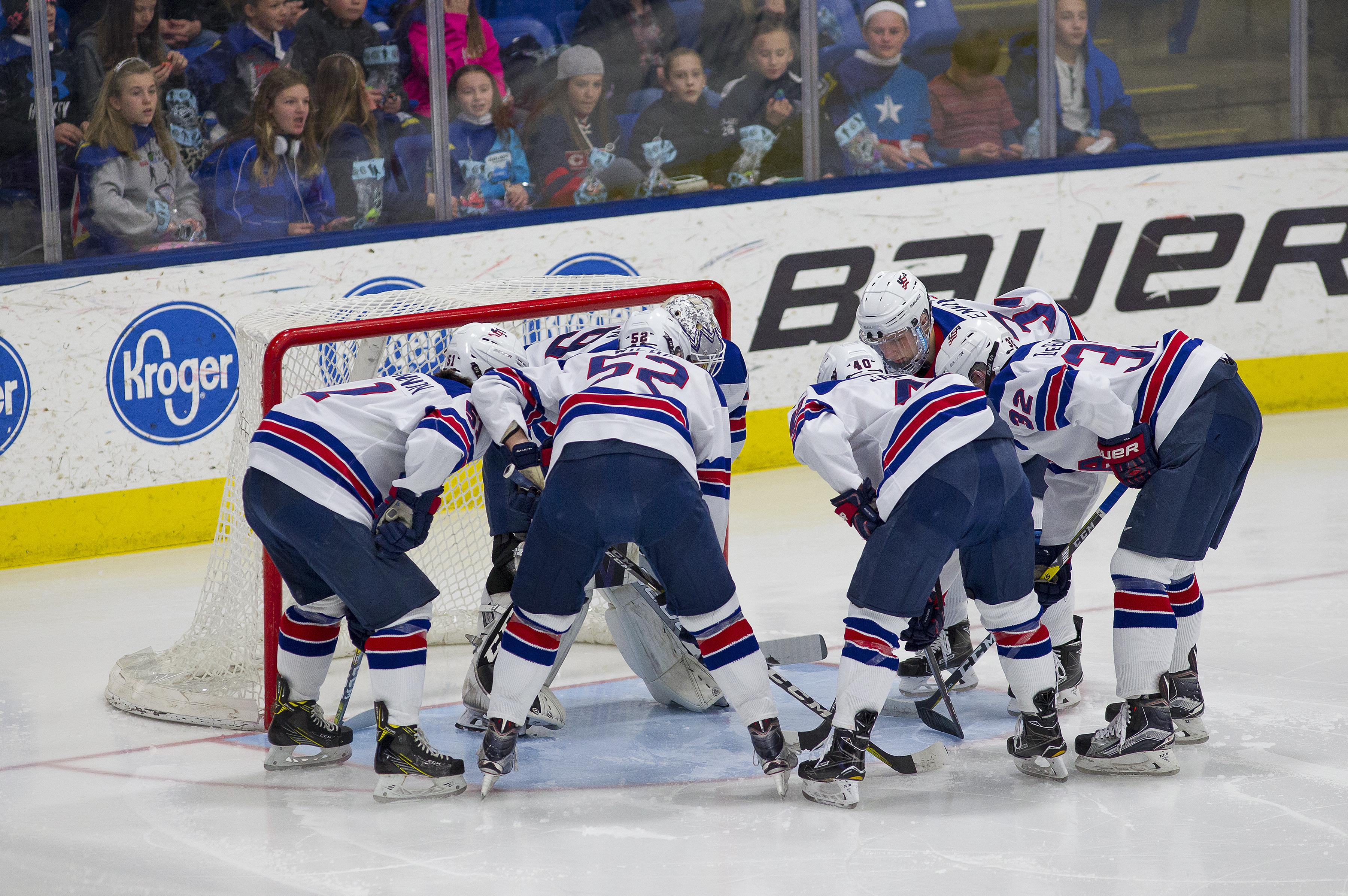 The 23-player U.S. Under-17 National Team will play in its first game together on Friday evening.

For the U18s, Joel Farabee (Cicero, N.Y.) returns as the scoring leader as he racked up team highs in goals (17) and points (31) during the 2016-17 season. Tyler Weiss (Raleigh, N.C.) led the team with 21 assists last season. Newcomers Drew DeRidder (Fenton, Mich.) and Jonanthan Mor (Highland Park, Ill.) will split time between the pipes for the U18s this season.

MEET THE COACHES: Seth Appert (Cottage Grove, Minn.) is the latest head coach for the National Team Development Program. He served the previous 11 years as head coach at Rensselaer Polytechnic Institute (RPI). Appert developed 13 All-Americans and four Hobey Baker finalists during his time at RPI. He will serve as the head coach of the U.S. National Under-18 Team in 2017-18.

This summer, Nick Fohr (Grand Forks, N.D.) was elevated to associate coach as he returns for his seventh season with the NTDP, coaching alongside Appert with the U18s.

Greg Moore (Lisbon, ME) has been added to the coaching staff as the assistant coach of the U.S. Under-17 National Team under head coach, John Wroblewski after joining the staff in 2015 as an intern coach. Moore was in the NTDP program as a player from 2000 to 2002.

Kevin Reiter (Pittsburgh, Pa) was recently named the director of player personnel for the National Team Development Program. Reiter was the NTDP’s goaltending coach for the last four seasons while on the coaching staff at four International Ice Hockey Federation Under-18 Men’s World Championships, helping guide Team USA to goal medals in 2014, 2015 and 2017 and a bronze medal in 2016.

SAYING GOODBYE: Former NTDP coach, Danton Cole (Lansing, Mich.) moves to his old stomping ground of Michigan State University and trades in the red, white and blue of the United States for the green and white as he takes on the new head coach position. Cole is a former Spartan (1985-89) who won a national title in 1985 with MSU while posting a career 69 goals and 163 points in 180 career games. Cole coached Team USA to gold-medal finishes in both 2012 and 2014 at the IIHF U18 World Championship while guiding the 2016 squad to a bronze medal. Former NTDP Assistant Coach, Chris Luongo (Fraser, Mich.) also joined the MSU coaching staff as an assistant coach.