Fresh off successful stint with the NTDP, Cole takes helm at alma mater 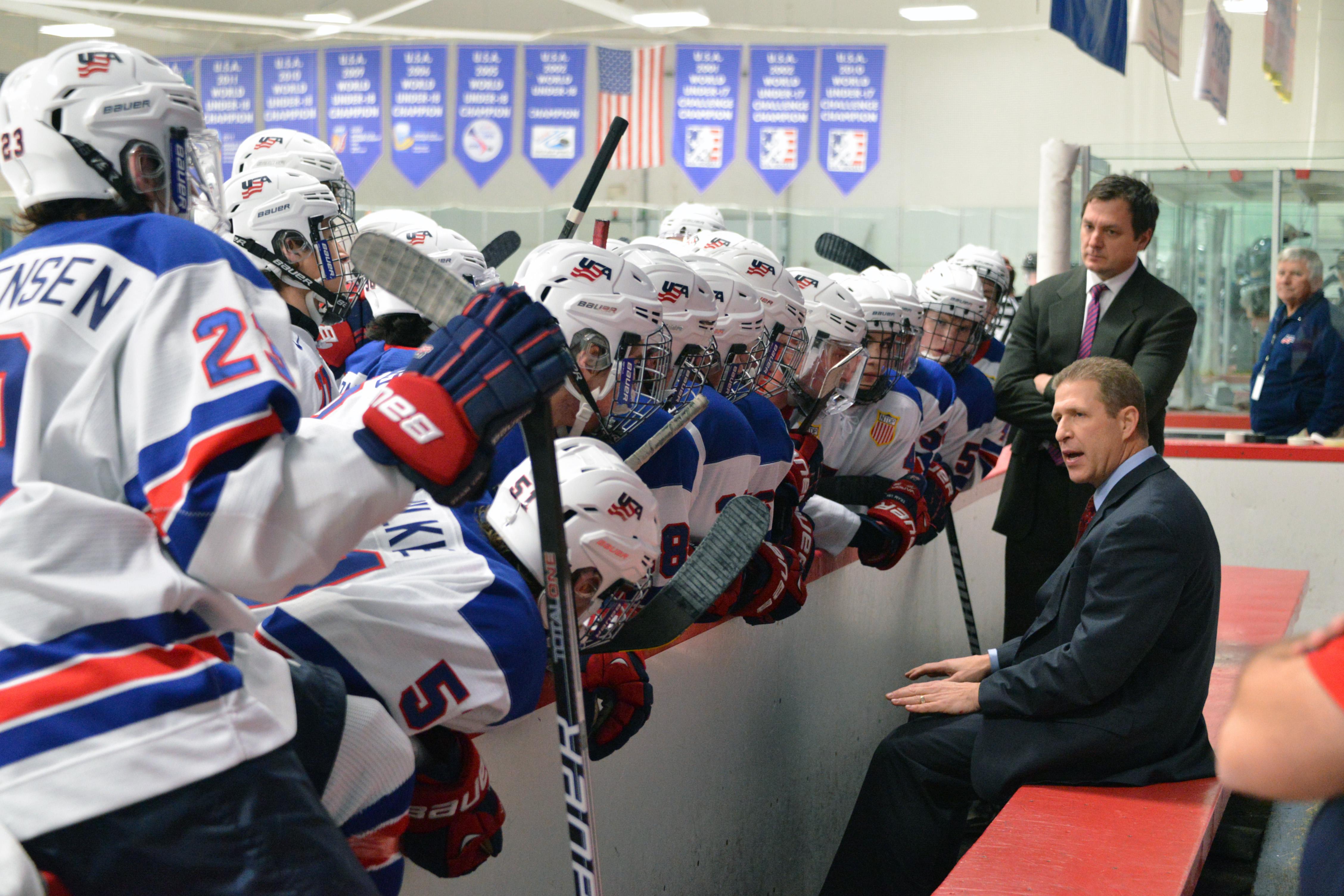 Danton Cole is trading in the red, white and blue of the United States for the green and white of Michigan State University.

Perhaps that should be reverting to green and white, as Cole originally starred for the Spartans as a forward from 1985 to 1989, and also won a national title with MSU as a freshman. While a return to East Lansing is something of a homecoming, it won’t be a very long trip.

Cole spent the last seven seasons in his home state of Michigan with the USA Hockey National Team Development Program, first in Ann Arbor and then Plymouth. It was with the NTDP that he helped develop numerous players for the college, major junior and professional ranks. More than 80 skaters have gone on to appear in the National Hockey League, such as Jack Eichel, Auston Matthews, Dylan Larkin, Noah Hanifin and Clayton Keller.

“I’ve had the good fortune to work with a lot of great coaches, and Danton Cole is one of the very best,” said Scott Monaghan, senior director of operations for the NTDP, and also an MSU graduate. “Nobody will out-prepare him or outwork him. Of more importance, he is a teacher for young men. He will help them on and off the ice.”

Cole admitted that he would miss the people at the NTDP, although he’ll be seeing a few familiar faces. His coaching staff includes assistant Chris Luongo, who served in the same role under Cole with the NTDP and during Cole’s time with the University of Alabama-Huntsville. The two also played together on the Spartans. Cole’s roster also includes NTDP alumni Patrick Khodorenko, Ed Minney and Dylan Pavelek.

"He expects everything out of his guys," said Minney, MSU’s No. 1 goaltender last season, to the Detroit Free Press upon Cole’s hiring in April. "He expects you to bring it every single day, whether it’s practice or games."

Cole coached Team USA to gold-medal finishes in both 2012 and 2014 at the IIHF U18 World Championship. He also guided the American squad to a bronze medal in that event in 2016.

“My first year with the NTDP, it was a lot of teaching,” he said. “When they’re ready, you add more in increments, and it’ll be the same way [at MSU].”

Cole, who grew up in Lansing, Michigan, and on the MSU campus, has now returned to Munn Ice Arena, where he recorded the majority of his 69 goals and 163 points in 180 career college contests. It was also the launching pad for three NCAA Tournament semifinal appearances in his Spartan tenure.

“It looks different as a coach,” admitted Cole of returning to his old stomping grounds of nearly three decades ago. “Walking to the bench, getting dressed, it’s a little different perspective — but it’s really special here, and it’s a great honor to be a part of it.”

Cole, 50, notched 58 goals and 118 points in 318 career NHL games with Winnipeg, Tampa Bay, New Jersey, Chicago and the New York Islanders, and won the Stanley Cup with New Jersey in 1995. He then finished his playing career in the old International Hockey League with Utah, Indianapolis and Grand Rapids, while also playing part of one season in Germany, before becoming involved in coaching.

Cole started off as an assistant in Grand Rapids, and later returned as head coach of the Griffins after he guided Muskegon to a United Hockey League championship. He then moved on to Motor City of the UHL, before entering the college ranks as an assistant at Bowling Green State University. Following a three-year stint as head coach at Alabama-Huntsville, which included leading the program to its second-ever NCAA Tournament, he moved on to the NTDP in 2010.

“From a family–timing standpoint, it’s good,” said Cole, the father of three daughters with his wife, Debbie. “It’s good to be near your folks, and the state of Michigan is a great state for hockey. It’s always on people’s minds, and to be back in East Lansing is icing on the cake.”

His coaching philosophy with MSU will be similar to what it was with the NTDP, where he worked to develop teenagers as both players and people. His goal is to continue to help players grow in all aspects, both on and off the ice.

“As a coach, you want to play to your strengths,” said Cole. “You want to play fast, aggressive, and physical, and put yourself in position to win games.”

Cole held a wrap-up meeting with his new team in May before they left school for the summer, offseason workout plans in hand. MSU is looking to rebound from a seven-win season, and perhaps advance to the NCAA Tournament for the first time since 2012.

“The work they put it will determine how we start [next season],” said Cole. “They seem eager and excited, and it’s a great place to start.” 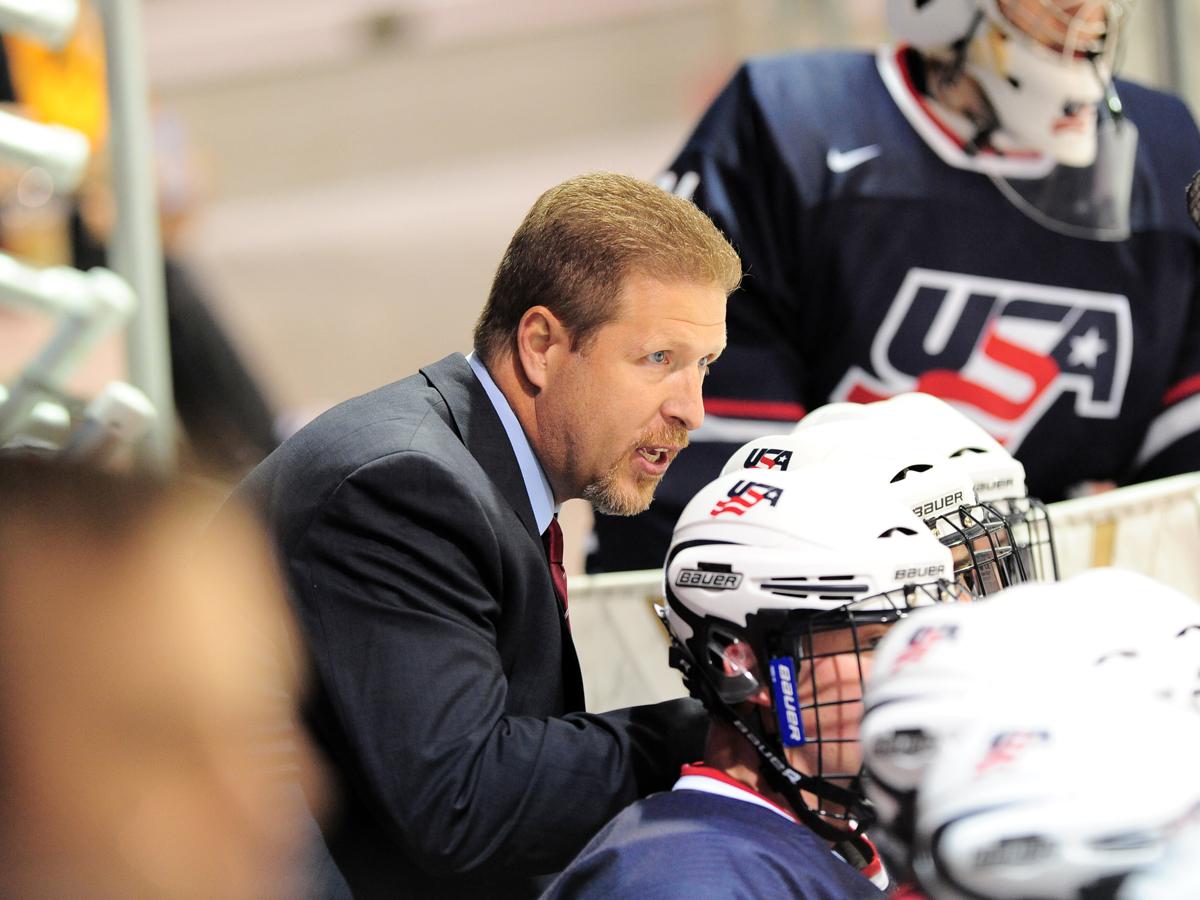