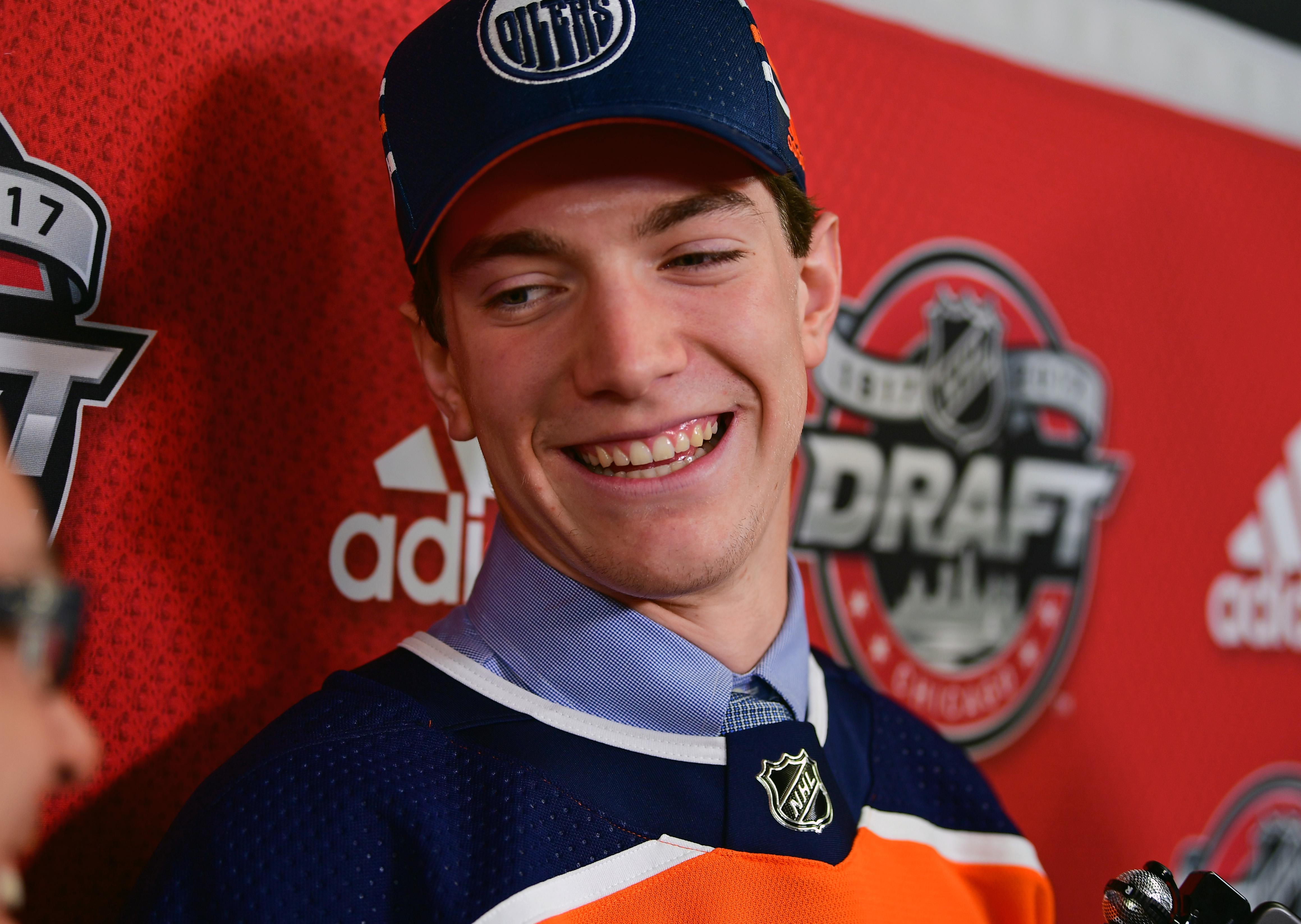 CHICAGO - A total of 12 USA Hockey National Team Development Program alumni were selected in the 2017 NHL Entry Draft over the past two days at the United Center.

The picks continued on Saturday with University of Michigan defenseman Luke Martin (2014-16/St. Louis, Mo.) and future University of North Dakota forward Grant Mismash (Edina, Minn.) being selected in the second round. Martin was selected with the 52nd overall pick by the Carolina Hurricanes and Mismash was taken with the second-to-last picks in the round by the Nashville Predators.

When asked about his reaction to hearing his named called Martin said, “I just had a big smile and I think I’ll be smiling for a long time. “

The third round saw three NTDP players selected. Max Gildon (Plano, Texas) was taken with the 66th overall selection by the Florida Panthers while Evan Barratt (Bristol, Pa.) and David Farrance (Victor, N.Y.) were taken just two picks away from each other by the Chicago Blackhawks and Nashville Predators respectively.

“I met with them [Florida Panthers] at the combine and I thought things went well,” said Gildon. “The Panthers are a great organization and I’m just happy to have the chance to be drafted by them.”

“It’s unbelievable,” said Inamoto. “I’ve been playing with Max for a few years now and he’s a great friend of mine and I’m just looking forward to it.”

Following the 2017 draft, the NTDP has now produced 290 NHL draft picks during its first 20 seasons.

U18s Use Overtime to Defeat Dubuque, 4-3

U18s play host to Youngstown prior to Kroger College Series games against Boston University and Yale University; U17s travel for a pair of USHL matchups