Norris and Oettinger Selected in First Round

Josh Norris and Jake Oettinger were selected in the first round of the 2017 NHL Entry Draft. 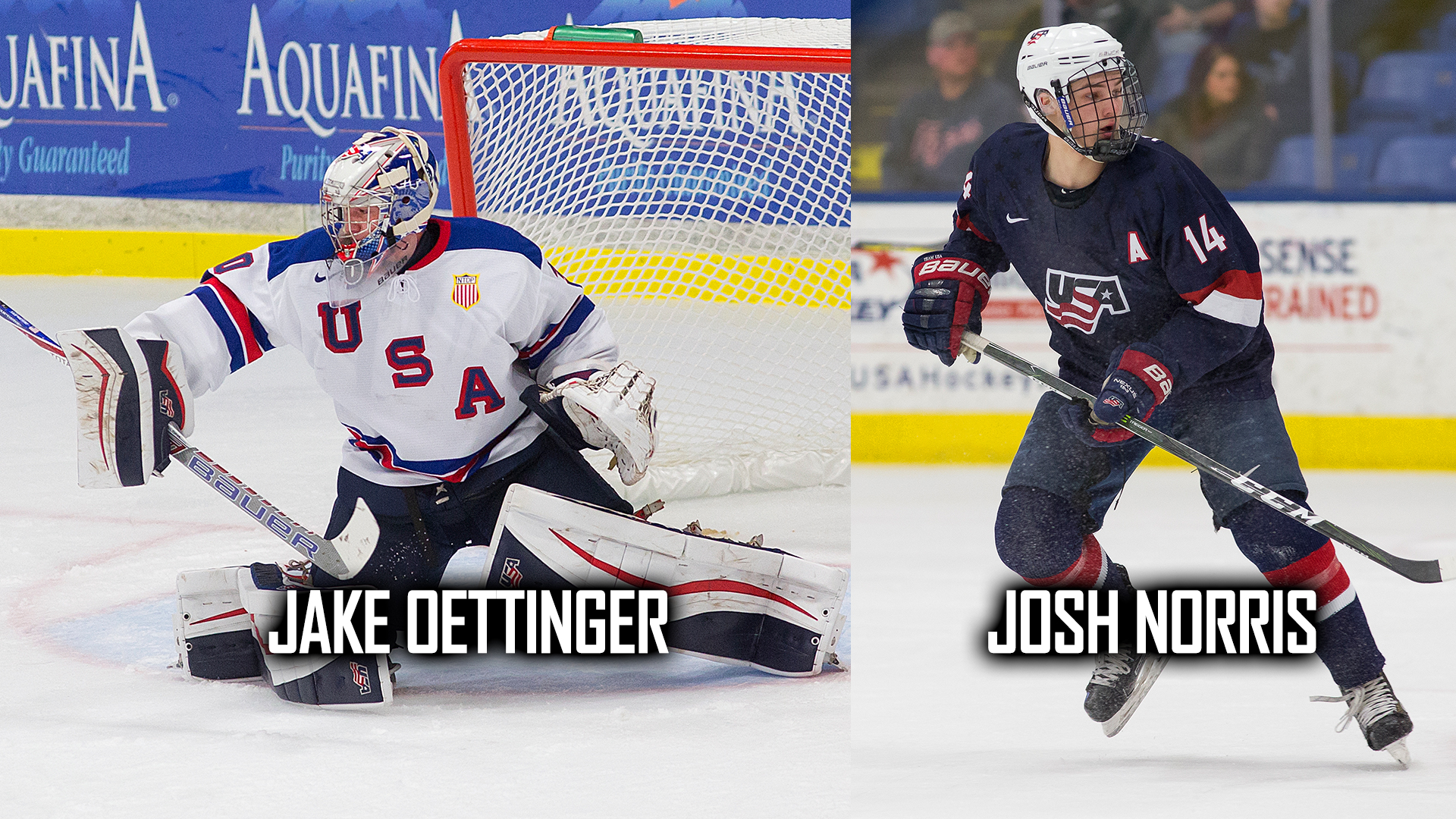 Norris was the first NTDP alumni selected when the San Jose Sharks secured his rights with the 19th overall pick.

“It’s so surreal and hard to explain,” said Norris. “It’s a moment I’ve been dreaming about for a long time and I’m happy to have my friends and family here with me.”

The Dallas Stars traded up to the 26th slot to select Oettinger, making him the first and only goaltender selected in the first round.

“Whenever a team trades up to pick you it shows how much they want you,” said Oettinger. I couldn’t be more excited to be part of an organization that really wants me to be there.”

Norris most recently completed his second season with the NTDP, where he finished his career with 41 goals and 47 assists in 105 games. He also helped lead the U.S. National Under-18 Team to tournament victories in the 2016 Under-18 Five Nations Tournament (Plymouth, Mich.), 2017 Under-18 Five Nations Tournament (Sundsvall, Sweden) and the 2017 International Ice Hockey Federation Under-18 Men’s World Championship (Spisska Nova Ves and Poprad, Slovakia).

Oettinger recently completed his first season with Boston University, where he was named to the Hockey East All-Rookie Team after posting a 2.11 goals-against average and .919 save-percentage. He was also earned a gold medal with the U.S. National Junior Team at the 2017 World Junior Championship (Toronto and Montreal). Over his two-year career with the NTDP (2014-16), Oettinger earned 38 victories and posted a GAA of 2.48 and .911 save-percentage.

Coverage of the final six rounds continues tomorrow on the NHL Network starting at 9 a.m. ET.

U18s Use Overtime to Defeat Dubuque, 4-3

Camp to be held March 20-24 at USA Hockey Arena