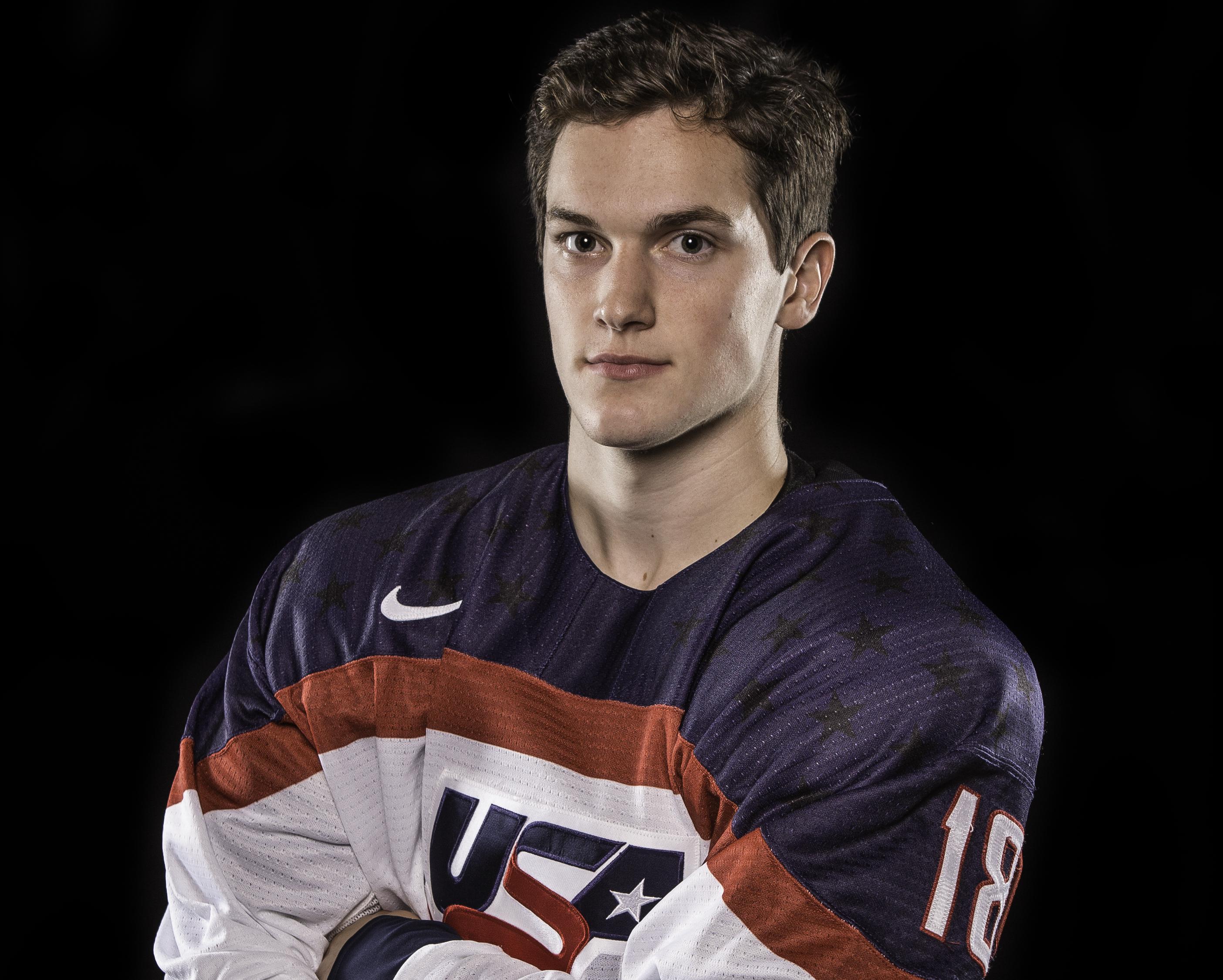 Being selected to play in the 2016 CCM/USA Hockey All-American Prospects Game was obviously a special honor for Josh Maniscalco. But the fact that it was held at the Wells Fargo Center in Philadelphia was made it even more special for the area native.

“It was awesome,” said Maniscalco, who grew up in Perkiomenville, Pennsylvania, about a 90-minute drive from the rink. “It was in Philly and I’m from Philly. I had probably 30 to 40 family members and close friends there. My sister brought her boyfriend and some of her friends. My brother was there. My aunts and uncles were there with some of their friends.

“They actually made a big giant sign with my last name and they were holding up during the game. I was the talk of the place. Every time I turned around, it seemed like I saw somebody I knew so that was a fun experience.”

It was even more special seeing all those familiar faces since Maniscalco has been away from home for most of the last four years.

“I went from Minnesota [playing at Shattuck-St. Mary’s School] to here so I have been away for the last four years. When I was in Philly, everyone wanted to go out and see me play. I had my own cheering section,” he said.

He also took some words of advice from Mark Howe, who was his coach for the event.

Despite his team just falling short with the 6-4 defeat, Maniscalco greatly enjoyed the experience, even though he and his other teammates did endure some ribbing from the winning team.

“We had a long bus ride after the game back to Plymouth,” he recalled. “The guys who won were all cheering and we were like, ‘Come on.’ Some inside jokes have started and they still carry on about it today.”

The 6-foot-1, 200-pound defenseman is looking to the future as he has committed to play hockey at the NCAA’s newest Division I program at Arizona State University. It was an opportunity that he could not turn down when it was presented to him.

“I’m a huge fan of new programs to the NCAA,” explained Maniscalco on his decision. “I’m from Pennsylvania and I was a huge fan of Penn State adding hockey and the success they had has been big. I was all for jumping aboard the new program down at ASU. They have a lot of stuff going. I went down on a visit and couldn’t say no to the vibes down there. I wanted to be a part of it.”

He gets to be part of a new program and help ASU write its story as part of hockey in the desert.

“Coach [Greg] Powers, one of his recruiting mantras is that you need to be the tradition,” explained Maniscalco. “What he told me is that he wants guys to come in and be the tradition and lead. He wants us to stamp on what Arizona State hockey will be and hopefully, I can go in and do that.

“I was there after their season so I didn’t get a chance to catch a game yet. Just being on campus, the students are very excited. Right now, their rink is off-campus but they are building one on campus and once the rink is there, I’m sure they will sell out every game and have a great fan base. The students really love their sports there and they have a ton of tradition.”

Maniscalco will head to Dubuque, Iowa, and play for the Fighting Saints in the United States Hockey League next year before heading to Arizona State for the 2018-19 season. He is excited about the opportunity to play for Dubuque.

“I think it will be a huge part of my transition since I have already played in the [USHL] for two years,” he explained. “I will have confidence going in and I know that Dubuque is a great place to play, and they have a lot of fans. Every time we have played there, they have sold out and it is rowdy so it should be good to play games there. I feel like I will fit the program well.”

He knows that the lessons he learned from playing for the U.S. National Team Development Program will serve him well.

“You have to work hard all the time,” stated Maniscalco. “Someone is always working. Here — it is the guy right next to you, working for you and against you at the same time. I have learned that I always have to work hard, no matter what you are doing. You have to try and be your best.”

He will forever be appreciative of being able to wear the USA jersey.

“It’s something I’ll remember forever,” he said. “Hopefully, I will get the chance to do it again. Everyone’s goal is to represent their country and the sport that they play, I have worked hard to get here and it’s kind of sad to see it end.”

But it’s just the beginning of the next stage of his hockey career. 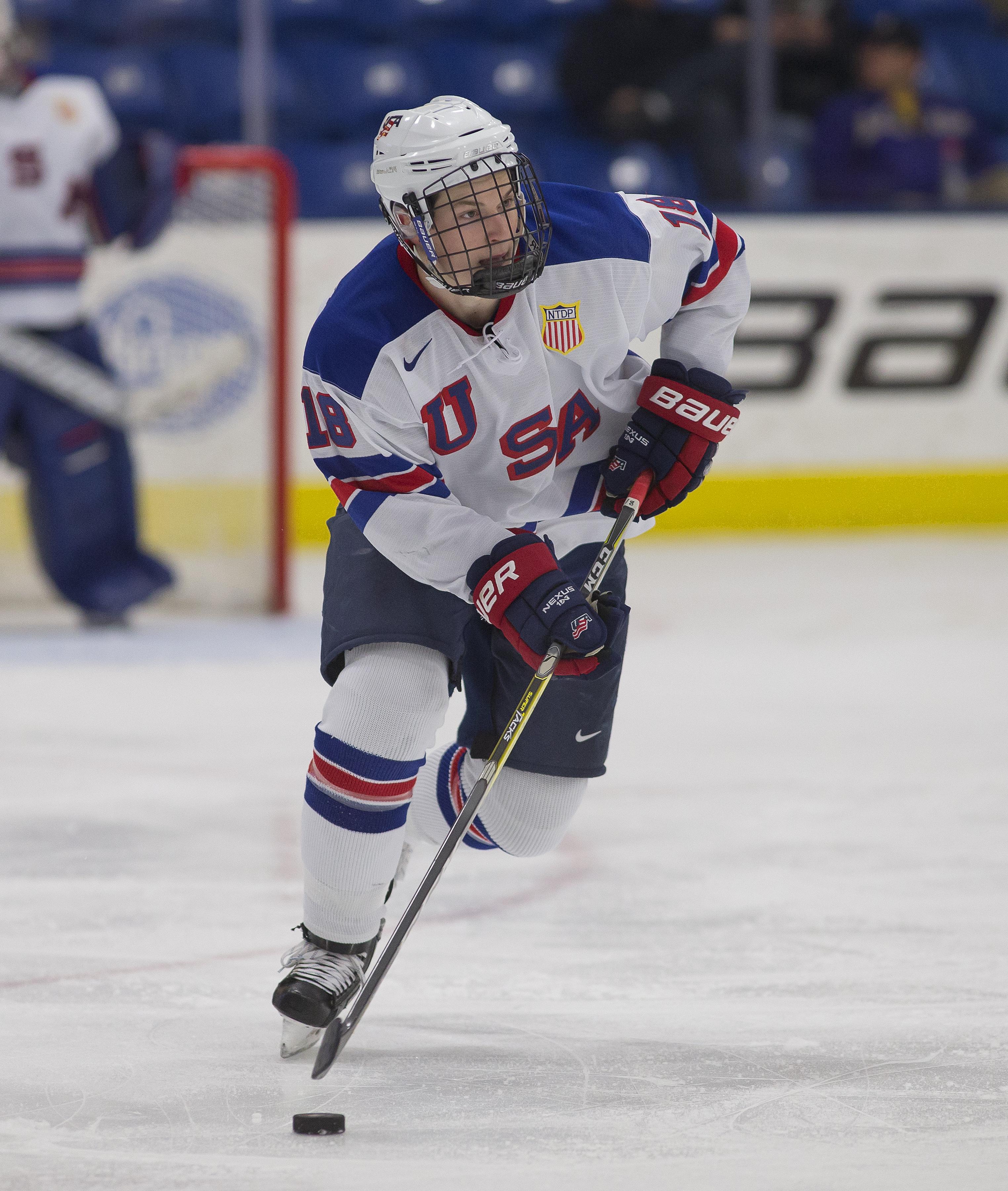