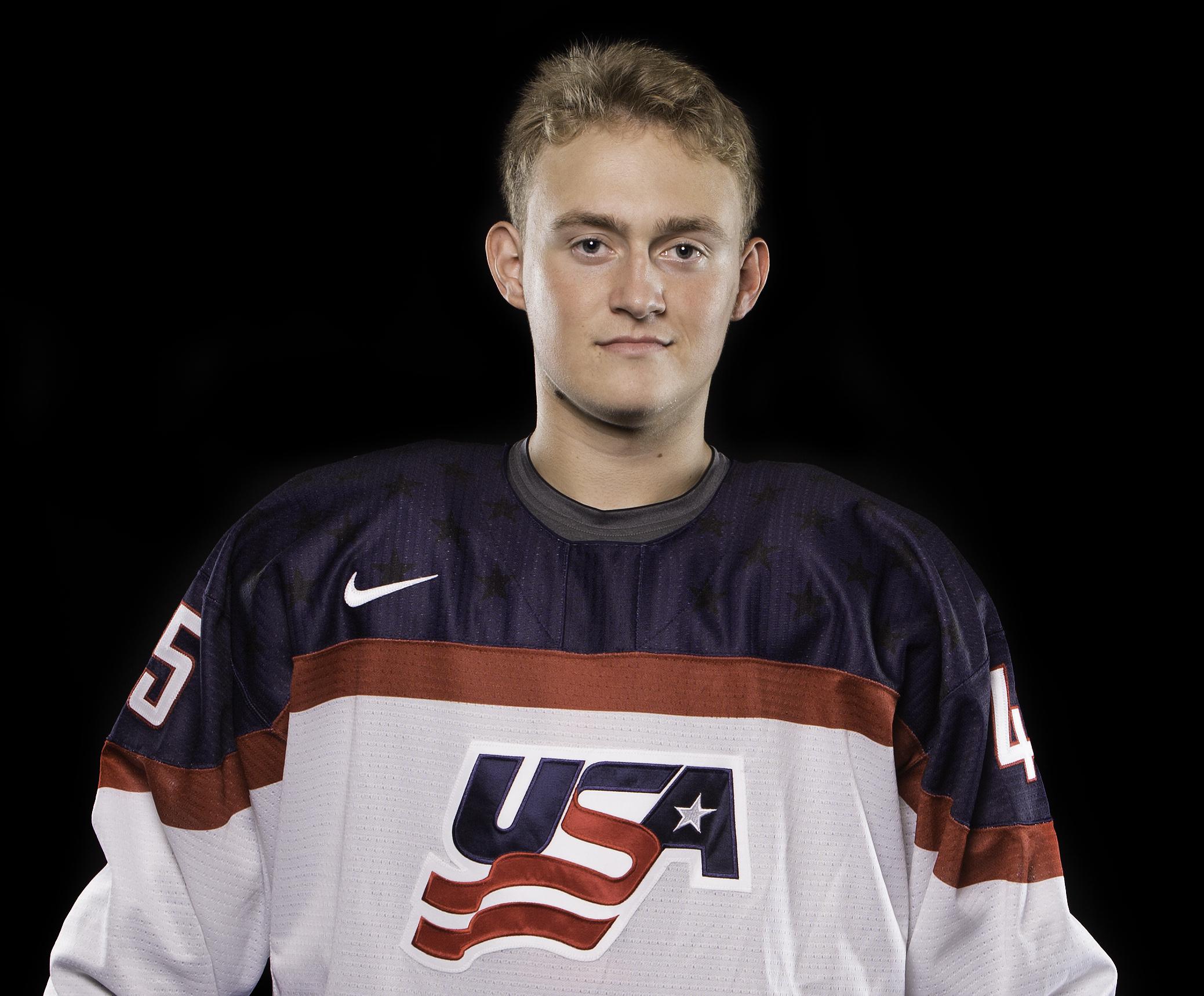 Many a young hockey player can recall the great times spent hanging out with their dads talking hockey. For a young DJ King, he and his dad often had their hangouts in a pro locker room.

“When my dad [Derek] was playing in Grand Rapids [for the Griffins of the American Hockey League], I would get to go the games,” explained King, who was four years old when his dad retired in 2004 after playing in 830 NHL games. “My mom would tell me that I was usually passed out in the stands during the game. However, when the game was over, my dad would take me down to the locker room. It was cool when you were a kid.”

It should be no surprise that when it came time to pick a sport, there was really only one that he wanted to play.

“We lived in Arizona at the time,” explained King on his start. “It was easy for me to get into the game. My dad coached me for about five years when I was young.

“It was good to have him as my coach. It wasn’t too hard as I was still young enough to have fun with him. [Current Under-17 teammates] Erik Middendorf and Mattias Samuelsson were also on my team during that time.”

For King, his dad’s influence on the game resonates with him on a daily basis.

“I just loved the game,” said King. “My dad would tell me stories about the NHL and it makes me want to try and get there one day. I know I need to go out and play hard and work hard to get to this goal.

“He was a huge influence. He told me everything about being a pro and to hear his stories on why he played. He has been a big help and someone I can talk to. He always tells me it’s the little things you need to do to get you to the NHL. This is the information that helps me.”

For the 6-foot-3, 222-pound defenseman from Northport, New York, it was encouragement from dad that prompted a move back to the blue line after he’d spent time at forward. The reasoning was simple.

“My dad told me I would play more as a defenseman … I was a forward at first but then my dad threw me out there at the blue line when I was seven years old,” he said.

King, who played for the Mississauga Rebels of the Greater Toronto Hockey League prior to coming to the National Team Development Program, found it a little tough initially. However, he has learned plenty about himself during the transition.

“The toughest thing was the pace of play in the USHL,” he stated. “Our team was 16-17 years old, and we had to adapt to the pace of playing against older guys. It was hard for me, especially coming from minor-midget. The coaching staff did a good job of helping us out and teaching us to adapt our game.”

Plus, he says he has matured and learned about time management over the course of the year. It can be a balancing act.

“I had to come in and live with a new family and that was nerve-wracking at first,” he said. “You need to know when to do homework and when to clean up your room. You have to be able to balance school and hockey.”

On the ice, King takes great pride in the defensive side of his game. He credits the coaching staff and the practices in helping him improve this season.

“The coaches really helped me understand the little things of playing the defensive side of the game,” he stated, after posting four helpers in 53 games this season. “I want to play a defensive role and stick to my position. I know I have to work hard to play against the older players but I definitely got better as the year went on.

“Every drill and practice, we need to give 100% effort. I really love the mini-games. I think the Tim Taylor Drill is one of my favorites. We get to play offense and defense, and it’s a small area game.”

He has several great memories from this year that will stick with him forever.

“I really enjoyed our three international tournaments — the U17 World Challenge in Sault Ste. Marie, Michigan, the Four Nations in Switzerland and the Five Nations in the Czech Republic,” said King. “It was great to be with the guys and to play against international competition is a great experience.

“When we finally won the Swiss Tournament, it brought so many happy faces to our locker room. The game against Russia in Switzerland sticks out to me [a 4-1 win on Dec. 17]. USA-Russia always tends to be tight games. We stuck to our game play in that game and we came out on top.”

One thing will never change for King, and that is the feeling he gets when he puts on the USA jersey.

“It’s an honor to put on the USA jersey whether it’s in practice or in games,” he said. “You need to represent it the right way when you are playing for your country.”