Defenseman has cherished his time with Team USA, but it isn’t done yet

When he slid off his USA jersey for the final time with the Under-18 teammates Sunday, David Farrance realized he will leave the USA Hockey National Team Development Program with lots of memories that he will cherish forever.

Reflecting back fondly on his NTDP experience, Farrance thought of some advice he’d give to future players, since learning was a big part of his time and development with the program.

“You need to know how much work you need to put in,” explained Farrance. “It is an every day thing. You can’t take a day off. If you do, you will fall behind everyone on the team. If you are coming here, be ready to work.”

The Victor, New York, native really took this advice to heart in his second season and noticed a huge difference with his development, especially when it comes to doing drills.

“This year, I’m a little bit bigger, faster and stronger,” said Farrance, a 5-foot-11, 187-pound blueliner. “I know the game better than I did last year."

“We have a drill that works with line rushes and taking the rush back. It has definitely helped me. I like rushing the puck and jumping into the play. I like to be offensive.”

Farrance, who has seven goals and 36 points, has had a whirlwind season. He played in the fifth annual CCM/USA Hockey All-American Prospects Game on Sept. 22 in Philadelphia. It was a rare opportunity for him to play against some of his current teammates.

“It was pretty cool,” he said on the experience. “It was a cool atmosphere to play in an NHL rink and to have the game on TV, it was different from what we were used to. Playing against your teammates is fun. It is kind of like seeing what it is going to be like in college when you get to see your buddy on the other team. It will be a cool feeling.”

While Farrance and Team Mark Howe suffered a 6-4 loss, the importance of hard work was again something that was stressed before the game.

“[Howe] knew that we were just getting to know each other so there is not much of a system you can play,” Farrance said. “He wanted us to play hard and do what you do best, and try and make a name for yourself.”

Next season, Farrance will continue his hockey career at Boston University. Joining the Terriers was an easy decision from a hockey perspective, plus there was the added bonus of playing in a city that was also crazy about baseball. After all, Farrance played both baseball and hockey when he was growing up.

“I have always been a huge baseball fan and I like being right next to Fenway [Park, home of the Boston Red Sox],” he stated. “Being in the city will be great. The guys I am going with [current U18 teammates Logan Cockerill and Brady Tkachuk] makes it very exciting. It will be a good place to be at.”

He already played against his future college team on Oct. 2. Despite the 8-2 defeat at Agganis Arena, it was a unique and memorable experience.

“It was really special,” said Farrance. “I loved the atmosphere in the building. I can’t wait to play there; I think it will be a blast. After the game, shaking [BU Head Coach David Quinn’s] hand, I have spoken to him before but to shake his hand and my buddies on that team was pretty cool. It will be great to be a part of that.”

Farrance and his teammates recently captured the gold medal at the 2017 International Ice Hockey Federation Men's Under-18 World Championship. He credits the team’s overall confidence from its two international tournament wins earlier in this year —  the Five Nations in November in Plymouth and the Five Nations in Sweden in February.

“It’s really important that we did get those two wins. Going into Worlds, it was a confidence booster for us. We were going into it with some momentum,” he said.

Prior to the 2017 IIHF Men's Under-18 World Championship, his favorite memory came from the Five Nations tournament in Sweden.

“The game against Sweden in Sundsvall, Sweden [on Feb. 12],” said Farrance. “We scored with one second left to tie the game and then, we won in a shootout [5-4]. That game sticks out in my memory.

“Being able to celebrate with the guys and going back to the hotel to hang out. The winning part of that makes everything happier and no one is in a bad mood when you win an international tournament.”

One thing will never change is how much Farrance has appreciated wearing the colors of his country. It makes it all that much better when he gets to hear “The Star-Spangled Banner” played after the game.

“It’s pretty cool and to be able to celebrate with your team. Hearing your national anthem is the icing on the cake,” he remarked. “It’s a great feeling every time get to wear the USA logo on your chest. It’s not like putting on a regular jersey.”

Those are the memories that will stick with Farrance for a lifetime. 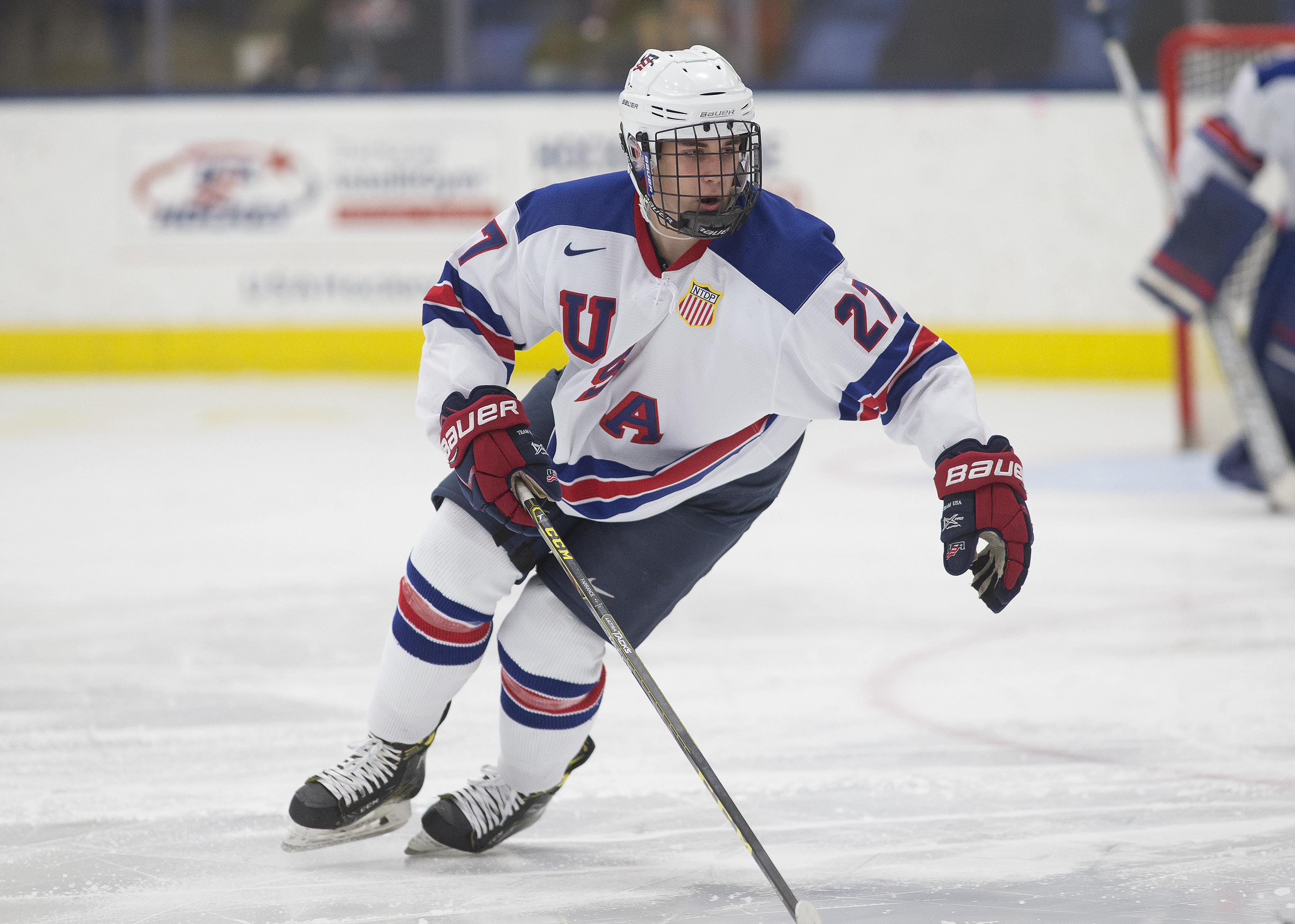