The U.S. held off a late Russian surge that included two goals in the final four minutes of play to bring the score within one goal at 5-4.

“Hockey is a 60-minute game and this is especially apparent with a team of Russia's caliber,” said U.S. head coach John Wroblewski (Neenah, Wis.). “This is a lesson we were fortunate enough to learn with a win here tonight.”

Russia took the early lead when they capitalized on a shorthanded breakaway at the 10:59 mark of the first period.

The U.S. was not able to capitalize on its first three power play opportunities of the tournament and trailed 1-0 after the first period.

Grant Mismash (Edina, Minn.) tied the game at the 13:57 mark of the second period when he fired a low wrist shot past Russia goaltender Maxim Zhukov off a saucer pass from Evan Barratt (Bristol, Pa.). Michael Pastujov (Bradenton, Fla.) also earned an assist on the play.

Poehling gave the U.S. a 2-1 lead less than three minutes later when he deflected a Joel Farabee (Cicero, N.Y.) shot in front of the net. Dhooghe also picked up an assist on the play after feeding a cross-ice pass to Farabee as the U.S. entered the zone.

Poehling notched his second goal of the game when he drifted into the slot and fired a shot that deflected off Zhukov’s glove and into the back of the net. Tommy Miller (West Bloomfied, Mich.) earned his first assist of the tournament on the play and Nate Knoepke (Farmington, Minn.) registered his third.

The U.S. killed off the Russian power play to end the period and took the 3-1 lead into the second intermission.

Josh Norris (Oxford, Mich.) gave the U.S. a 4-1 lead at the 1:16 mark of the third period by burying a one-time pass from Brady Tkachuk (St. Louis, Mo.), who threaded a pass from behind the net to a crashing Norris. Dhooghe earned his second assist of the night after cycling the puck to Tkachuk behind the net.

Following a Russian goal at the 5:19 mark of the period, Barratt gave Team USA a 5-2 lead after deflecting a Mismash shot from the right wall. Dhooghe picked up his third assist of the game after winning the faceoff back to Mismash.

Russia scored two goals in the final four minutes of play but U.S. goaltender Dylan St. Cyr (Northville, Mich.) held strong in the final 2:51 of play to earn his second victory of the tournament. For the game, St. Cyr made 24 saves on 28 shots.

The U.S. outshot Russia 32-28 … Team USA went 0-5 on the power play while Russia went 1-3 … Evan Barratt (76.47% on 17 attempts) and Josh Norris (70.59% on 17 attempts) led Team USA in the faceoff circle … Sean Dhooghe earned a +4 rating in the game … Ten different U.S. players recorded a point in the game … The U.S. sits atop the Group B standings with a 2-0-0-0 (W-OTW-OTL-L) record and a +8 goal-differential … Evan Barratt leads the tournament in scoring with five points (1-4-5) through two games … Team USA improved its all-time record against Russia to 6-1-0-10-0 (W-OTW-OTL-L-T)  … The U.S. is 58-0-1-15-1 in preliminary games ... For complete tournament information, visit the IIHF website. Team USA News, interviews, highlights and more can be found on the Team USA website ... Follow @USAHockey on Twitter for live scoring updates during the tournament. Scores will be designated with the #U18Worlds tag ... For additional coverage, visit the USA Hockey Facebook page and Instagram account. 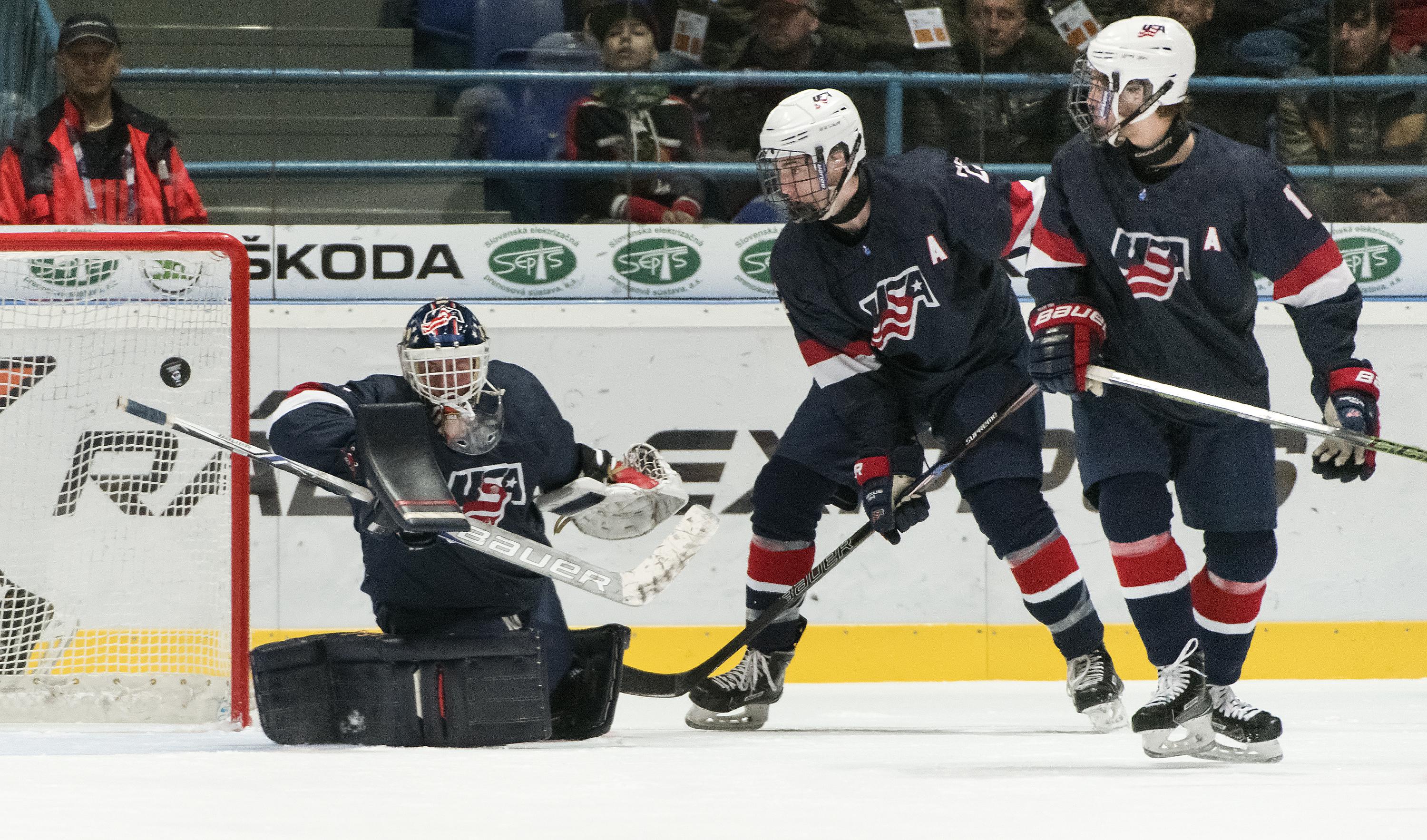