World championships up next for U18 defenseman 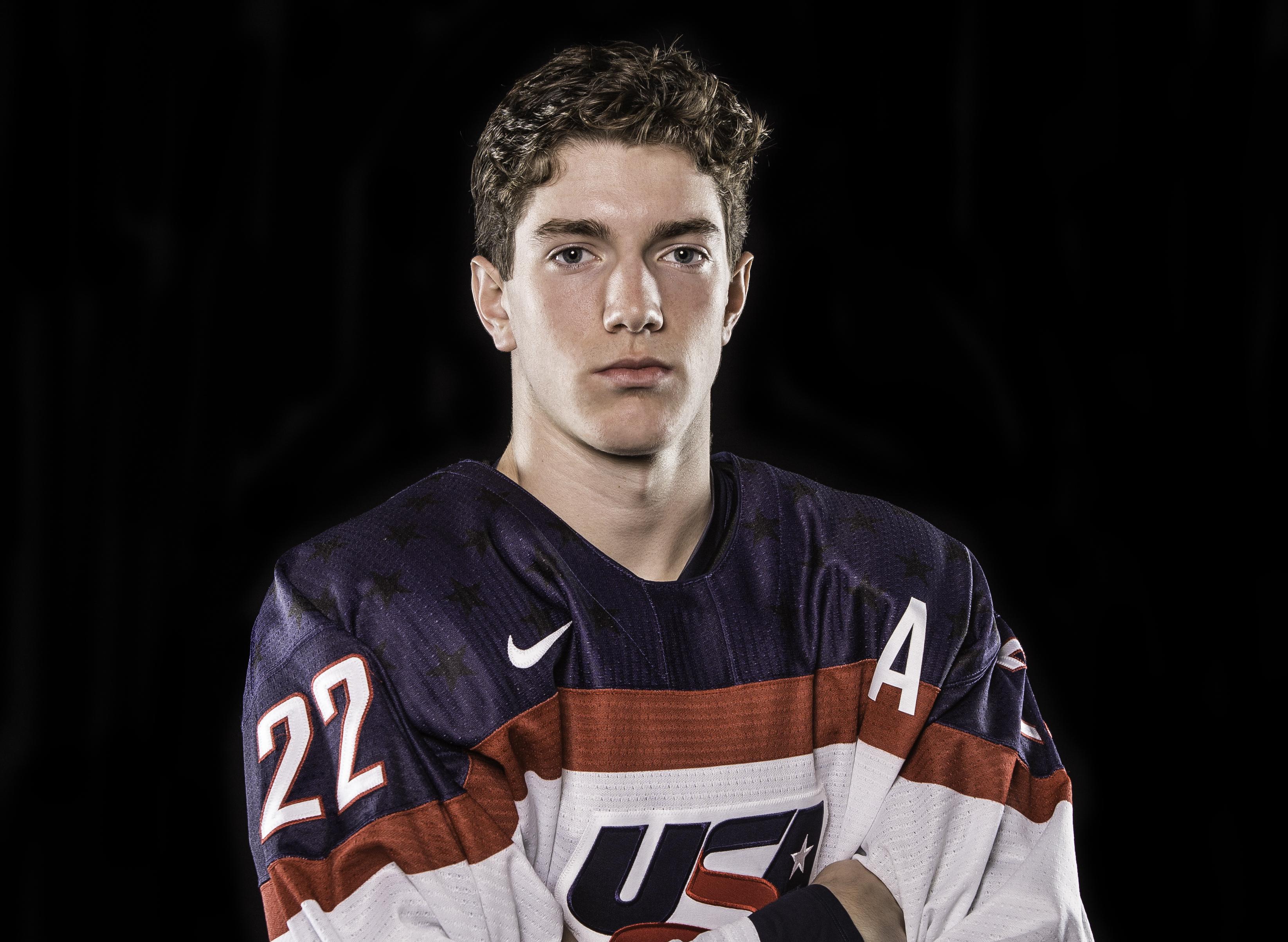 As Phil Kemp and his U.S. National Under-18 Team teammates head off to the 2017 IIHF Men's Under-18 World Championship in Slovakia, one reason for their success sticks out to him.

“We are playing more together,” Kemp explained. “We have that team mentality first which has definitely proven to be successful.”

He credits much of this success to the spring training that the team went through last year after their Under-17 season.

“It was huge for us. The training helped us gain muscle, which has made a huge difference on the ice this year,” said Kemp, who has gained 15 pounds since coming to the NTDP. “We were working side-by-side, almost like brothers. It was good for our team camaraderie.”

The 6-foot-3, 201-pound blueliner credits the training and drills in helping him improve his game. Of course, there is that one drill that has definitely made a difference in his game, even if it is a little competitive.

“We have this drill called ‘men are men,’” Kemp said. “We did it a lot last year. This year we are doing it a lot down low where it’s 3-on-3 and it’s all about winning the small battles — the stick battles and the mini-games. It’s so much fun. It’s really competitive.

“It is huge for us. I think we are on our 100th practice of the year now. We practice with the best players in the country and have to compete with them every day — so that only makes us better.”

One thing that Kemp is very proud of is being able to wear an “A” as an assistant captain on his USA jersey.

“It means so much to me to be recognized by my teammates. For a team to be successful, you all have to be leaders. I try to lead by example. I’m pretty quiet sometimes,” he stated.

Following this season, Kemp will head off to Yale University to continue his hockey career. It ended up being an easy decision on his future college team.

“Yale gave me the opportunity to pursue what I want to achieve, academically and athletically on the ice,” the Greenwich, Connecticut, native explained. “I thought it was the best of both worlds.

“I was a fan growing up. I went to a lot of Yale games growing up, whether it was with my friends or with my dad. It’s an awesome place. The building is awesome.”

Kemp will arrive at Yale with 17 college games under his belt, against both Division I and Division III opponents. He knows how helpful it will be in the transition.

“It’s definitely big for us. It gives us the leg up knowing that we already know what the pace of play is and we have played it already,” he stated.

There is one college game that sticks out to him from this past year, and that was the 2-1 win at the University of Minnesota Duluth on Oct. 22.

“It was awesome,” he said. “Hopefully, they win the [national] tournament so we can say we beat them. It was our first college win. It was a gritty game. They had 40 shots and we might have had five chances the whole game but we capitalized on two of them.

“It was team first mentality. We defended our net at all costs, by blocking shots and doing whatever it takes to help our goalie. I just remember the celebration after the game - it was unbelievable. It was really cool.”

“It was awesome. The first was great to get under our belt and the second one — we were a lot more comfortable,” he said. “We were down in two of those games but we kept working to get the win. We know what we need to do to win now.”

He knows they can take these lessons and apply them as the team finalizes its preparations for U18 Worlds, which begins on April 13 when Team USA faces Belarus.

“We need to stay focused,” explained Kemp on what they need to do. “We have great coaches and they have laid out an unbelievable game plan. If we stick to the game plan and play our style of game, I think we can be successful.”

There are always a few teams that he looks forward to playing when it comes to international action.

“It’s always fun playing Russia, just with our past history,” he stated. “The Sweden games are great too. There are intense and played at a different level. Every game is big. You can’t look past Belarus or Switzerland. You have to take each team seriously.”

One thing never changes is the feeling that Kemp has when he gets to wear the colors of his country.

“It means the world to me,” he exclaimed. “To wear it every day, it’s something really special. You can’t take it for granted because it’s almost over. It’s hard to believe.”

Maybe that is why Kemp is trying to savior his final few weeks with his U18 teammates. When he reflects back on what he will remember, it is a very simple answer.

“My teammates,” he said. “I spent most of my day with them every day. They are my brothers and I will miss having them around next year.”