Bode Wilde Happy to Have Chosen Ice Over Snow

NTDP blueliner was an enthusiastic skier as a boy 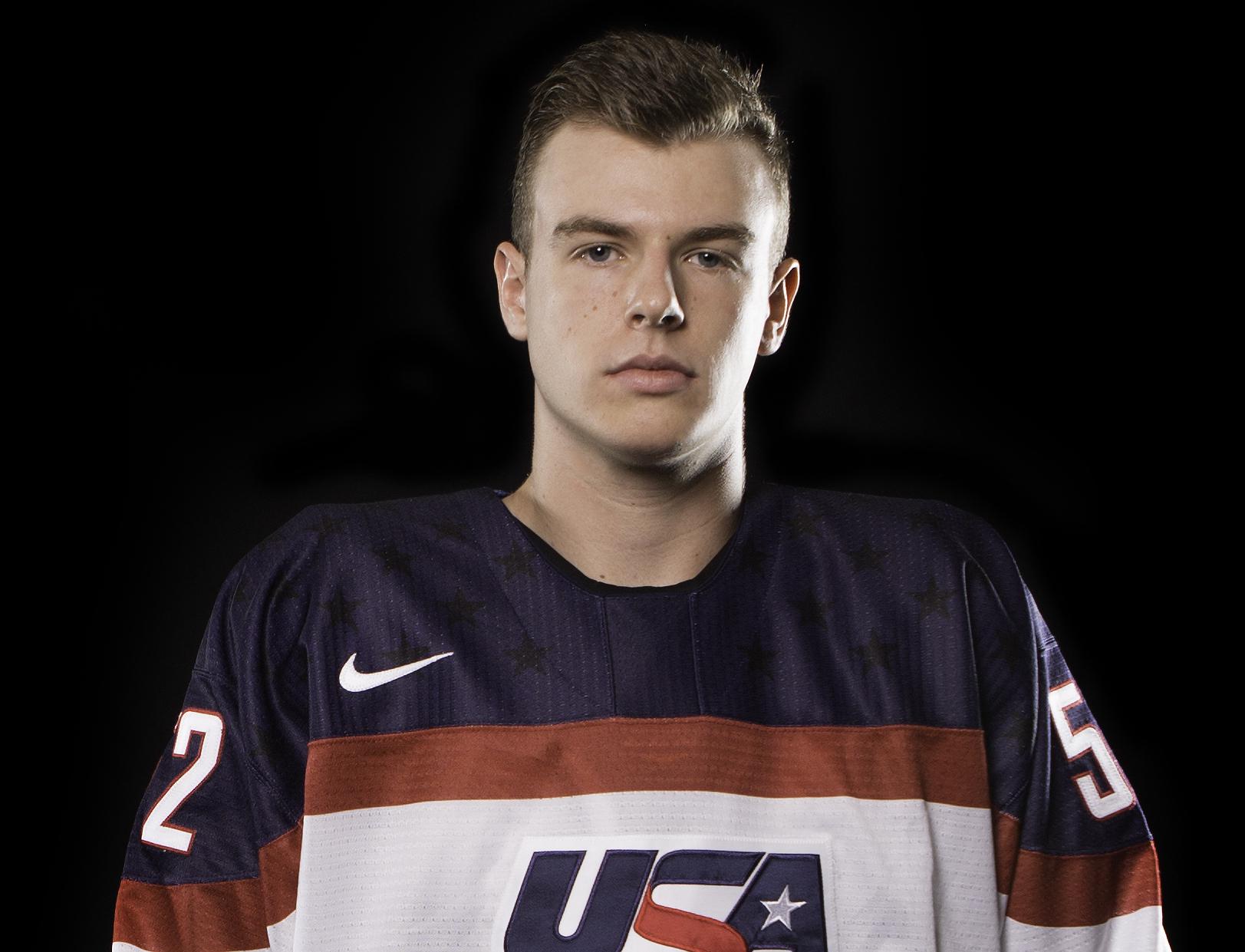 It was a difficult decision for Bode Wilde to make at first on which sport he should continue with but in the end, hockey was the ultimate winner.

“I started skating when I was three and started playing hockey around four years old,” explained Wilde. “Everything about the sport was great and I really loved it.

“My parents [Oliver Eichwede and Fiona Wilde] were coaching and skiing in Vermont. I was in ski school from 3-6 years old and skied until I was eight. I couldn’t do both sports since they are both in the winter so I had to make a decision and hockey won.”

Of course, Wilde can blame his dad for some of his passion in hockey.

“We were living in Montreal and my dad was a huge Canadiens fan,” he stated. “I grew up watching them. It was my passion. My favorite player growing up was Alexei Kovalev.”

Wilde, who is a 6-foot-2, 193-pound defenseman, didn’t always play at the blue line. He recalled a funny story about how he ended up back at D.

“I started as a defenseman but I didn’t like to pass the puck so the coaches moved me to forward,” he said. “I flipped back and forth until I eventually decided that D was the place for me. I’m more comfortable and I can see the ice better.”

Wilde had an interesting trek to the U.S. National Team Development Program, including living with one billet family for three years. He played for HoneyBaked Hockey Club in Michigan for two years before playing with the Chicago Mission just one year ago.

“I have been in the states for five years and lived with the same family for three years — two years with Honeybaked and one year in Chicago,” he explained. “I had played for HoneyBaked prior to the Mission and they have a little rivalry. I knew the players from both teams. It was definitely a privilege to play for the Mission.”

So, when he earned the call to the NTDP, he happily accepted the offer. Of course, the transition was difficult at times but it took him a short while to realize what he needs to do to have success both on and off the ice.

“At first, everyone is overwhelmed,” said Wilde on the transition. “Once you realize it is just hockey, that really helps. It’s like any other game you played but it’s at a higher level and you get used to it. It helps that you know the 21 other guys on the team are going through the same thing. We feed off each other and know it’s a learning experience for everyone.”

There is one valuable lesson that Wilde has taken away from this year. It’s something small that he tries to live every day.

“You can’t achieve personal success without devoting yourself to the team goal,” explained Wilde on the advice he received from the Under-17 coaching staff. “It’s hard to do well if you are not on the same page. We have a younger team in the USHL and everyone needs to work together to do well in those games.”

Wilde, who has tallied eight goals and 19 points in 49 games this season, says he has learned plenty about himself over the course of this season. He also understands what the team needs to do to have success for its final few games.

“I have a lot more in my tank,” he explained on his learning curve. “The guys that come into the program have had challenges in youth hockey and many were the top guys on their teams. Even if you are uncomfortable, you know how much you can do and you push yourself past your limit.

“We need to keep doing what we are doing and not leave any stone unturned over the next few weeks. We want to work to have fun but come out strong and play out game and hopefully get a few more wins.”

Wilde has a few favorite moments from this year and one thing in particular stands out to him and helps get him pumped for the game.

“When I see everyone on the bench stand up and get excited and tap their sticks on the boards,” he said. “We might be down but if we just had a great play, or a hit, or a big save, you would think we are dominating the game. It’s just a great feeling.”

He enjoyed playing in all three international tournaments this season – the Under-17 World Hockey Challenge in Ontario, the Four Nations in Switzerland and the Five Nations in the Czech Republic.

“I would say my favorite games have been the 14 or so international games I have played this year,” he stated. “It’s different games than the USHL. We are playing our same age group — it’s almost like the mini-Olympics. I think the U17 World Challenge was my favorite one, even if we didn’t get the result we wanted. It was an awesome tournament and everyone enjoyed the experience and the hockey.”

Nothing means more to him than wearing the colors of his country.

“It means the world. A lot of players have done it before us and the program has high expectations,” said Wilde. “It’s pretty special to wear the colors, represent the country and do what you love.” 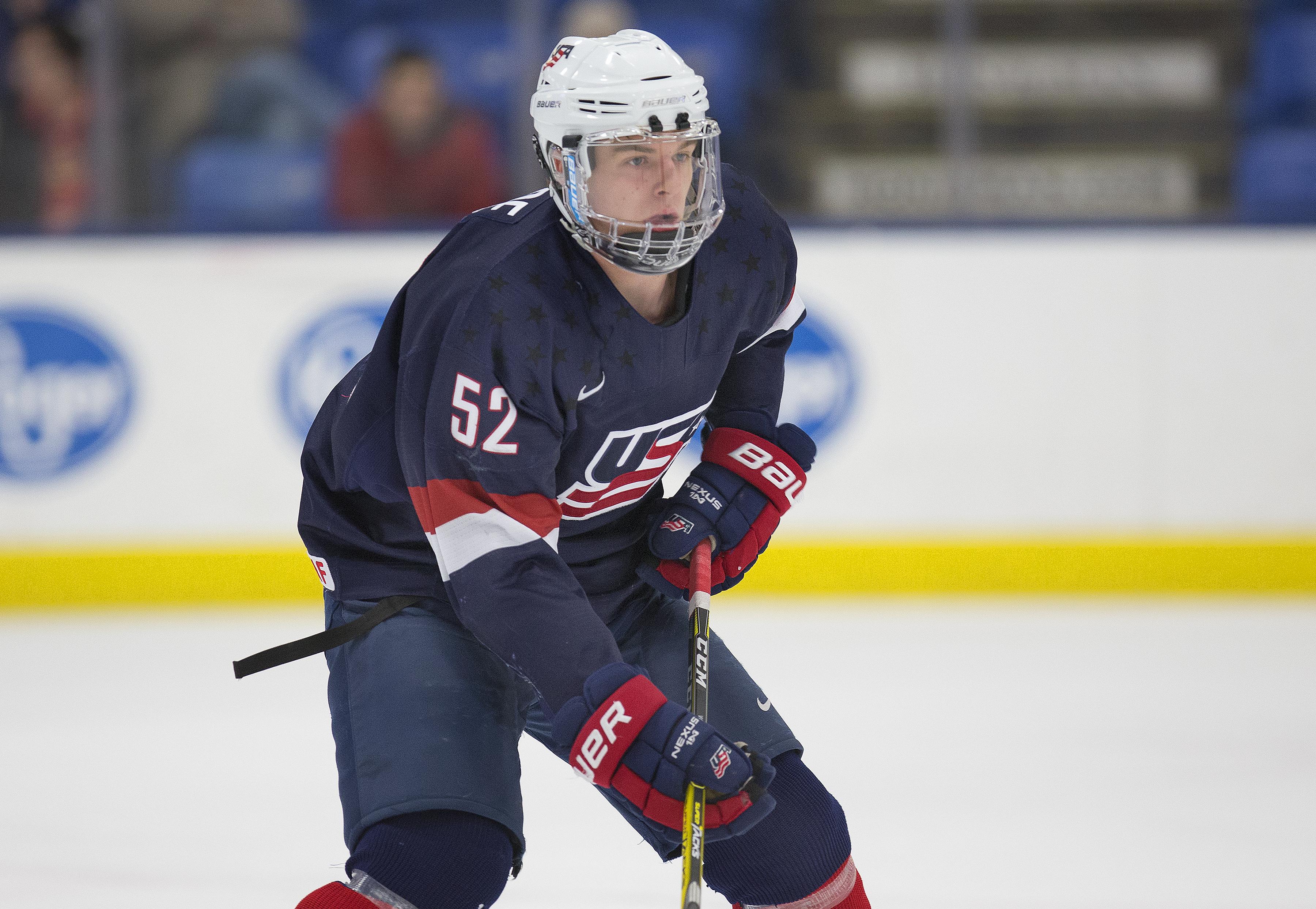