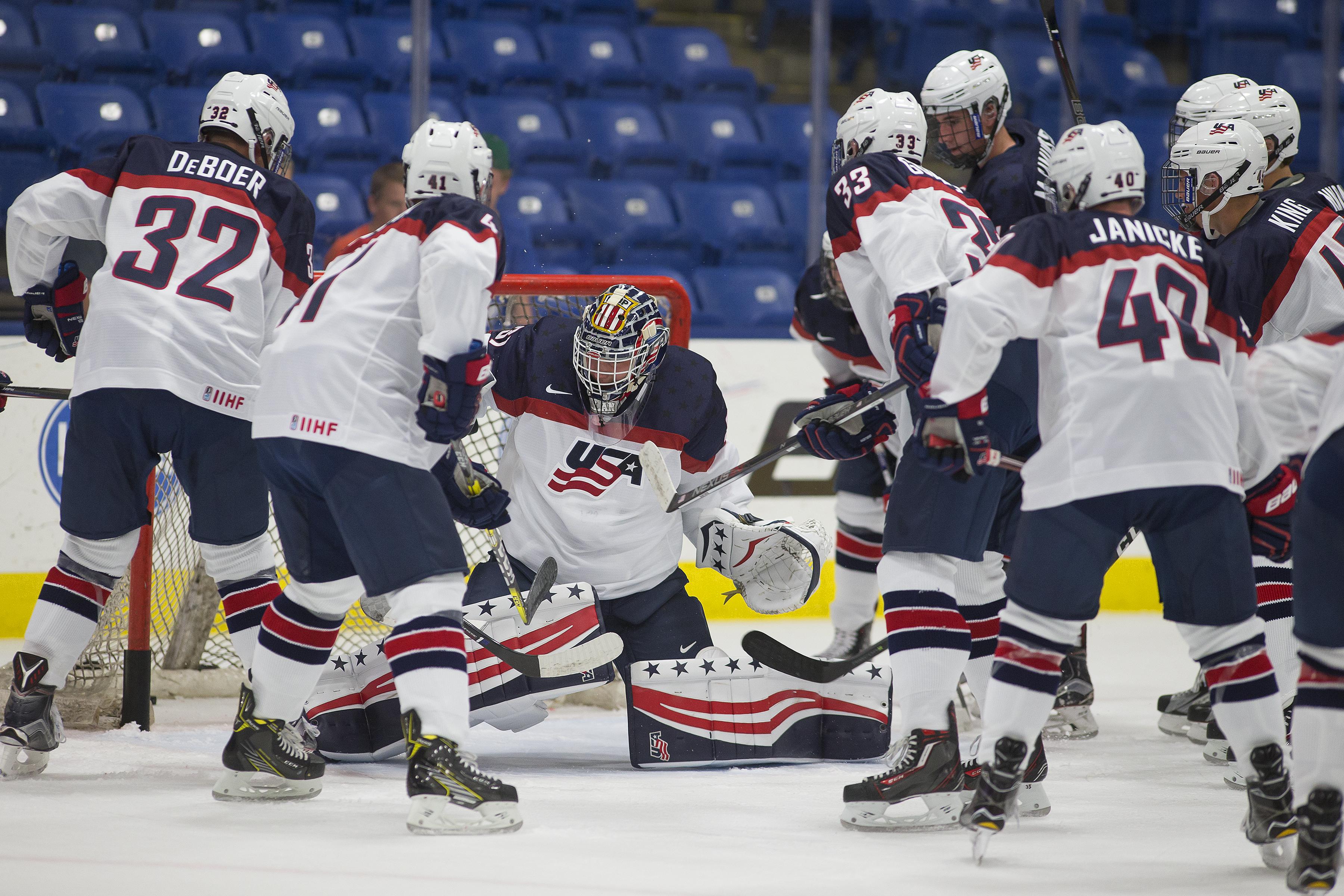 The U.S. National Under-18 Team returns home this weekend for a two-game series with Dubuque on Friday (March 17) and Saturday (March 18). Both games will take place at USA Hockey Arena with a 7 p.m ET puck drop.

The U18s are coming off a weekend split in Lincoln. After defeating the Stars on Friday (4-2) the U18s were at the wrong end of a 7-3 matchup Saturday.

The U.S. National Under-17 Team will conclude its eight-game road trip this weekend with a pair of matchups with the Sioux City Musketeers on Friday and Saturday. Both games will take place at the Tyson Events Center with 8:05 p.m. ET puck drops.

UNMASKING THE MUSKETEERS: The U.S. National Under-17 Team will face the top team in the USHL's Western Conference this weekend when they travel to Sioux City for their first and only matchup of the season.

The Musketeers are led offensively by Charlie Kelleher, younger brother of NTDP alum Tyler Kelleher (2011-13/University of New Hampshire). Kelleher ranks 12th in the league in points (43) and has 14 goals and 29 assists on the season.

Musketeers goaltender Matiss Kivlenieks leads the USHL in wins (30), goals-against-average (1.87) and save-percentage (.935) and has four shutouts on the season.

DOWNING DUBUQUE: The U18s return to USA Hockey Arena for a pair of matchups with Dubuque on Friday and Saturday.

Dubuque currently sits second in the USHL with 69 points after amassing a 31-13-5-2 record in 51 games this season. They are 5-3-2-0 in their last 10 games and are coming off a split weekend after losing a 5-3 decision to Waterloo on Friday before defeating the U17s Saturday.

This will be the second matchup between the U18s and Fighting Saints this season. The U18s took down the Fighting Saints 8-2 in the USHL's Fall Classic East on Sept. 16 to mark their first victory of the season.

The Fighting Saints boast the USHL's top scorer in Zach Solow who has racked up 55 points (13-42-55) in 47 games. Colin Theisen ranks second in the league with 28 goals in 48 games.

COLLEGE HOCKEY AWARDS ROUNDUP: The end of the 2016-17 NCAA regular season brought a lot of new for NTDP alums.

Defenseman Adam Fox (2014-16/Harvard University) was named a finalist for the ECAC Hockey Rookie of the Year Award.

HOBEY WATCH: In addition to the college hockey yearly awards, the finalists for the Hobey Baker Award for college hockey's top player were announced. Among them are NTDP alums, Anders Bjork (2012-14/University of Notre Dame), Butcher, and Kelleher.