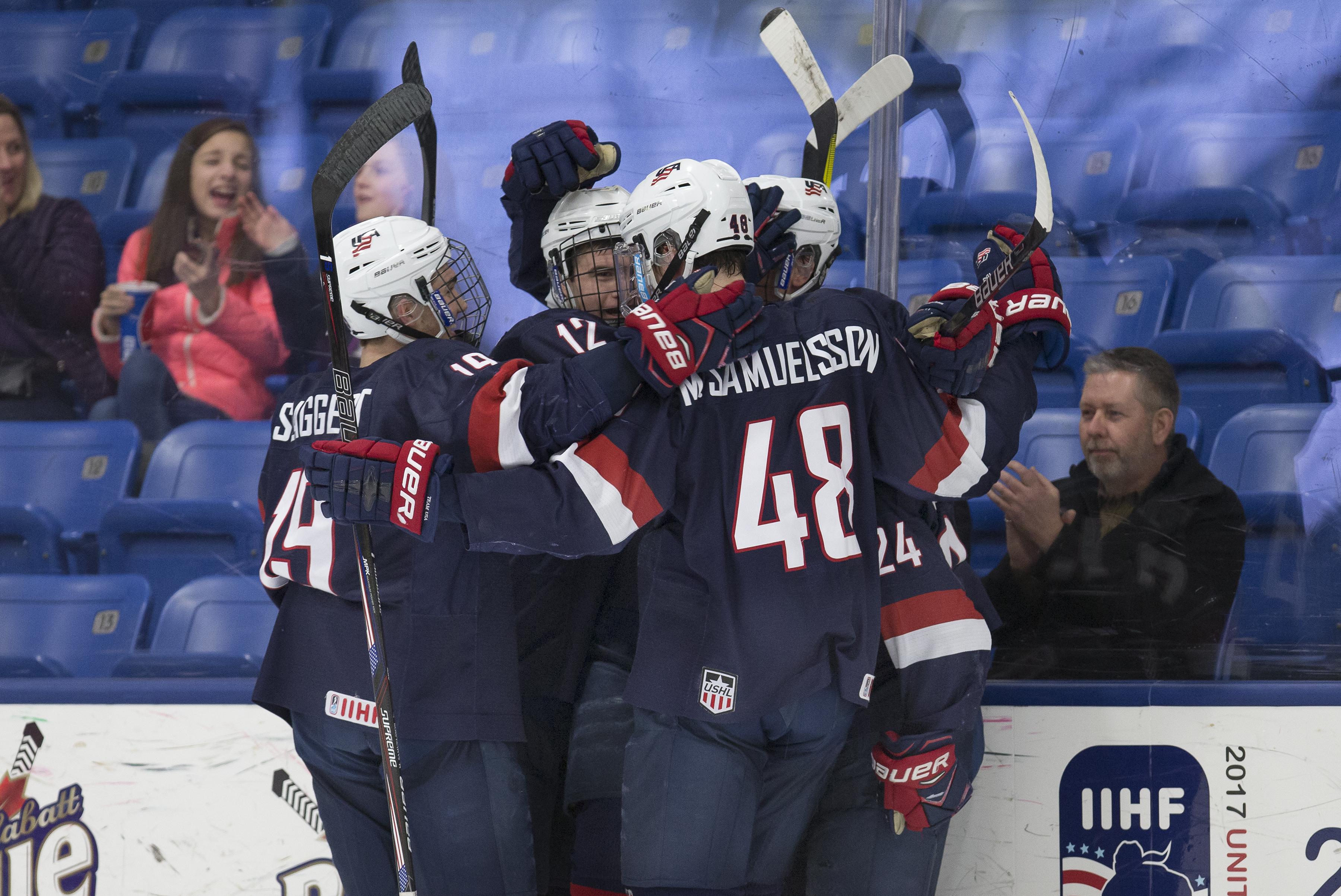 Four different players scored for the U.S. National Under-18 Team in it's 4-2 victory against the Lincoln Stars on Friday evening at the Ice Box. This marks the 30th victory of the season for the U18s.

After a scoreless first period, Lincoln got onto the board 33 seconds into the second period.

The U18s grabbed control of the game in the third period with quick goals by Brady Tkachuk (St. Louis, Mo.) and Quinn Hughes (Orlando, Fla.) in the first five minutes. Tkachuk's goal came short handed while the Hughes goal came on the power play.

Josh Norris (Oxford, Mich.) added the final tally for Team USA at the 11:47 mark of the period.

Lincoln added a late goal to bring the final to 4-2.

The U18s will look to sweep the Stars tomorrow with a 8:05 p.m. ET rematch at the Ice Box.