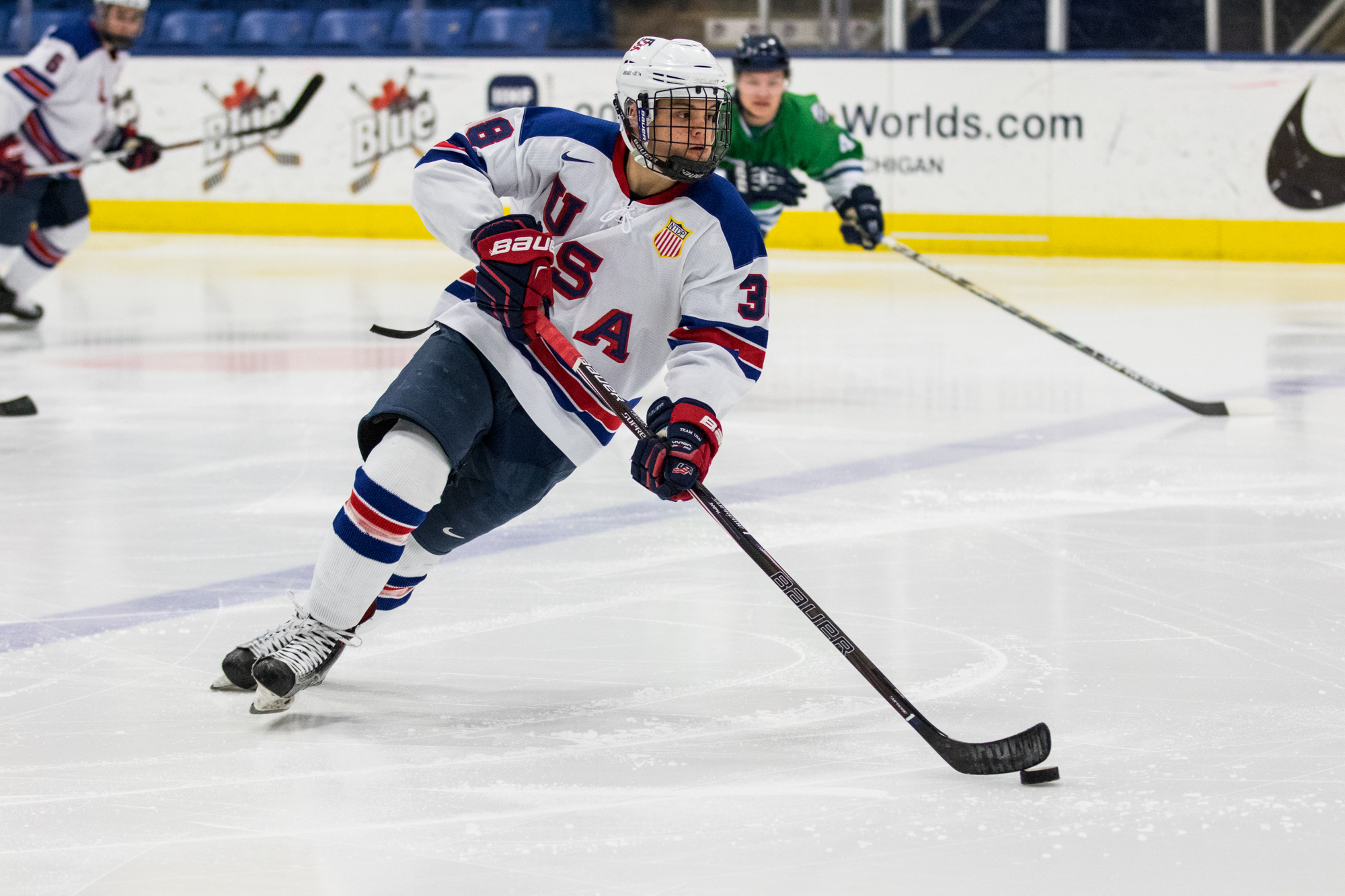 Phil Kemp (Greenwich, Conn.) opened the scoring at 6:22 after a Jack DeBoer (Madison, N.J.) faceoff win to him at the right point.

Team USA's lead extended to 2-0 just 3:42 later when Josh Maniscalco (Perkiomenville, Pa.) found Hughes, who skated the puck in on net and banked it off a defenseman's skate into the net.

Gruden finished a feed at the left post from Hughes to extend the U.S. lead to 3-0 1:37 into the middle frame. Grant Mismash (Edina, Minn.) also picked up an assist on the goal.

Right as a Team USA penalty expired at 6:44, Cade Borchardt put the NAHL Selects on the board.

Two more NAHL Selects goals, including one during a 4-on-4 and another with :16 on the clock, sent the game into the third period tied 3-3.

The NAHL Selects added a pair of goals in the first five minutes of the third period to take a 5-3 lead against the U.S.

With 9:47 on the clock, Oliver Wahlstrom (Quincy, Mass.) brought Team USA within a goal with a shot from the slot. Brady Tkachuk (St. Louis, Mo.) and Joel Farabee (Cicero, N.Y.) recorded helpers.

The game evened again less than two minutes later when Gruden added his second of the night.

Neither team could break the 5-5 tie, and the game went into a five-minute three-on-three overtime period. With 1:31 remaining, Maxim Andreev scored the game-winner for the NAHL Selects.