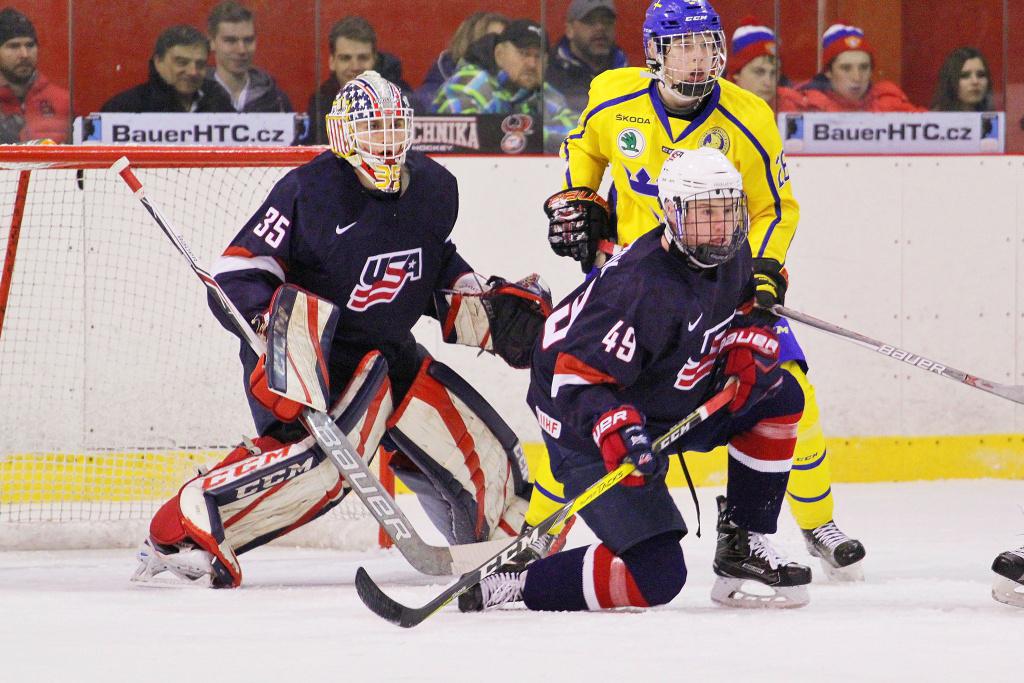 BRNO, Czech Republic — Erik Middendorf (Scottsdale, Ariz.) and Oliver Wahlstrom (Quincy, Mass.) notched one goal each, but the U.S. National Under-17 Team fell to Sweden, 3-2, in the opening game of the 2017 Under-17 Five Nations Tournament here today at Sportcentrum Luzanky.

Middendorf opened the scoring late in the first frame with 2:02 on the clock to give the U.S. a 1-0 advantage heading into the second period. Jake Pivonka (Woodridge, Ill.) and K'Andre Miller (Hopkins, Minn.) picked up assists on the play.

Team USA maintained the lead until 13:17 of the second stanza when Adam Bokvist knotted the game, 1-1, off a Swedish four-on-three. The tie was broken shortly after Bokvist’s tally, when Oliver Wahlstrom (Quincy, Mass.) lit the lamp for the U.S. just 1:26 later. Tyler Weiss (Raleigh, N.C.) and Jonathan Gruden (Rochester, Mich.) assisted on the go-ahead goal. With 3:38 left in the middle frame, Samuel Fagemo scored to help Sweden climb even with Team USA once again, 2-2.

The score remained even at two goals apiece for most of the third period until Filip Hasa netted the eventual game-winner for Sweden at 14:31.

NOTES: Oliver Wahlstrom was named the U.S. Player of the Game ... The U.S. is competing in the 2017 Under-17 Five Nations Tournament with Czech Republic, Finland, Russia and Sweden … Follow along on Twitter at @usahockeyntdp and using the hashtag #5NationsU17.