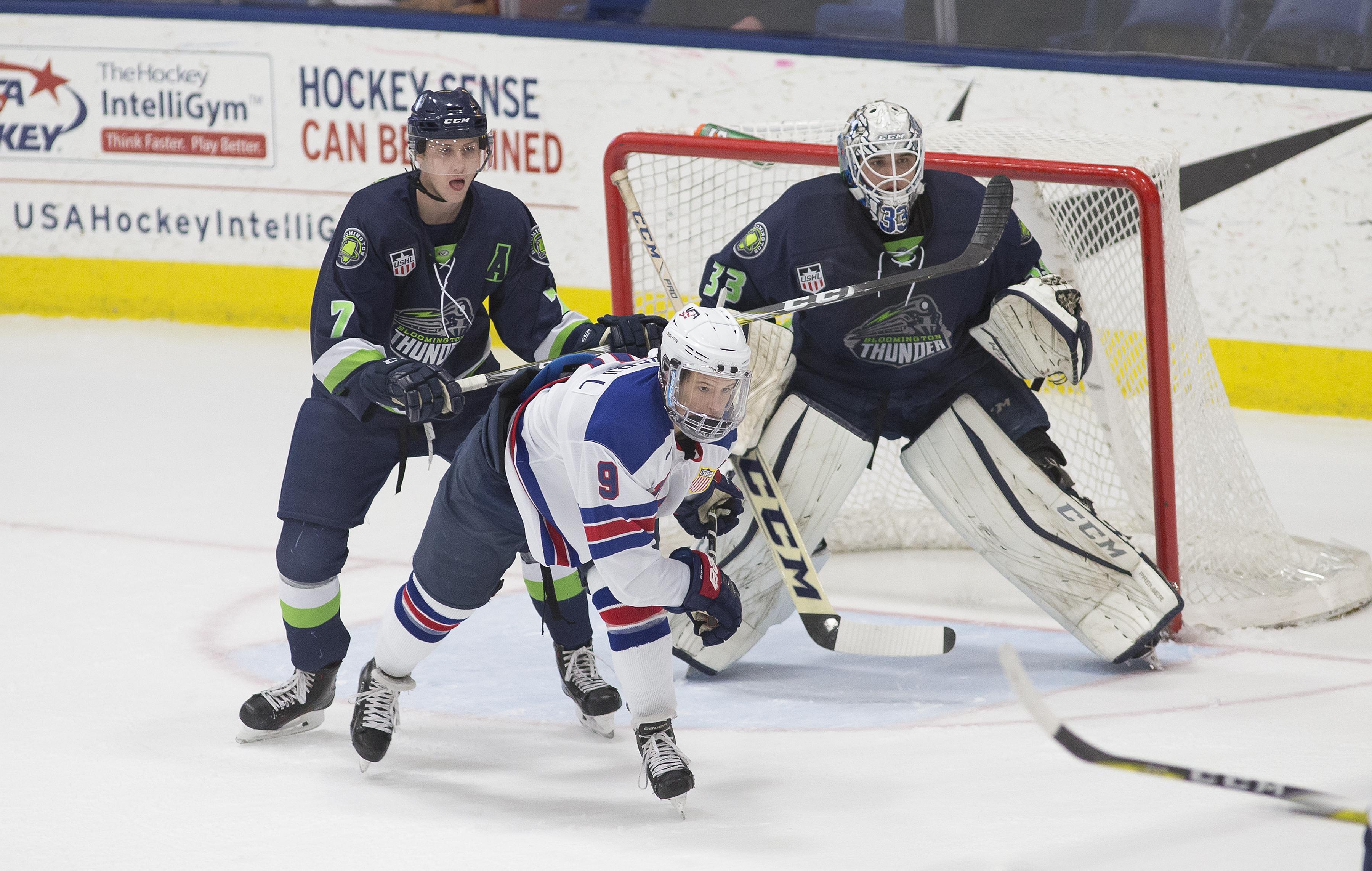 Following an answer a few minutes later by the Thunder, Mismash helped regain Team USA regain the lead at the 10:54 mark of the first period off a pass from Scott Reedy (Prior Lake, Minn.). Farrance picked up his second assist of the night on the play.

Bloomington added a power play tally at the 17:12 mark of the first period to make the score 3-2 heading into the first intermission.

Each team found the back of the net in the second period to bring the score to 4-3 heading into the final frame. Mismash added his second of the game off helpers from Cockerill & Reedy.

The third period was all U18s as Tkachuk and Cockerill added their second tallies of the night and Reedy finished the scoring with just 22 seconds remaining in the period. Josh Maniscalco (Perkiomenville, Pa.), Jacob Tortora (Victor, N.Y.) and Quinn Hughes (Orlando, Fla.) picked up assists in the period.

The U18s are back in action on Feb. 8 when they take on Finland to open the 2017 Under-18 Five Nations Tournament at the Sundsvall Energi Arena in Sweden.

The U18s next play at USA Hockey Arena on Feb. 24-25 (Fri. and Sat.) when they welcome Arizona State University to Plymouth for a two-game series. Tickets for all home NTDP games can be purchased at USAHockeyNTDP.com/Tix.