Joel Farabee Credits His Brothers for Love of Hockey

Hockey is a family affair for NTDP forward 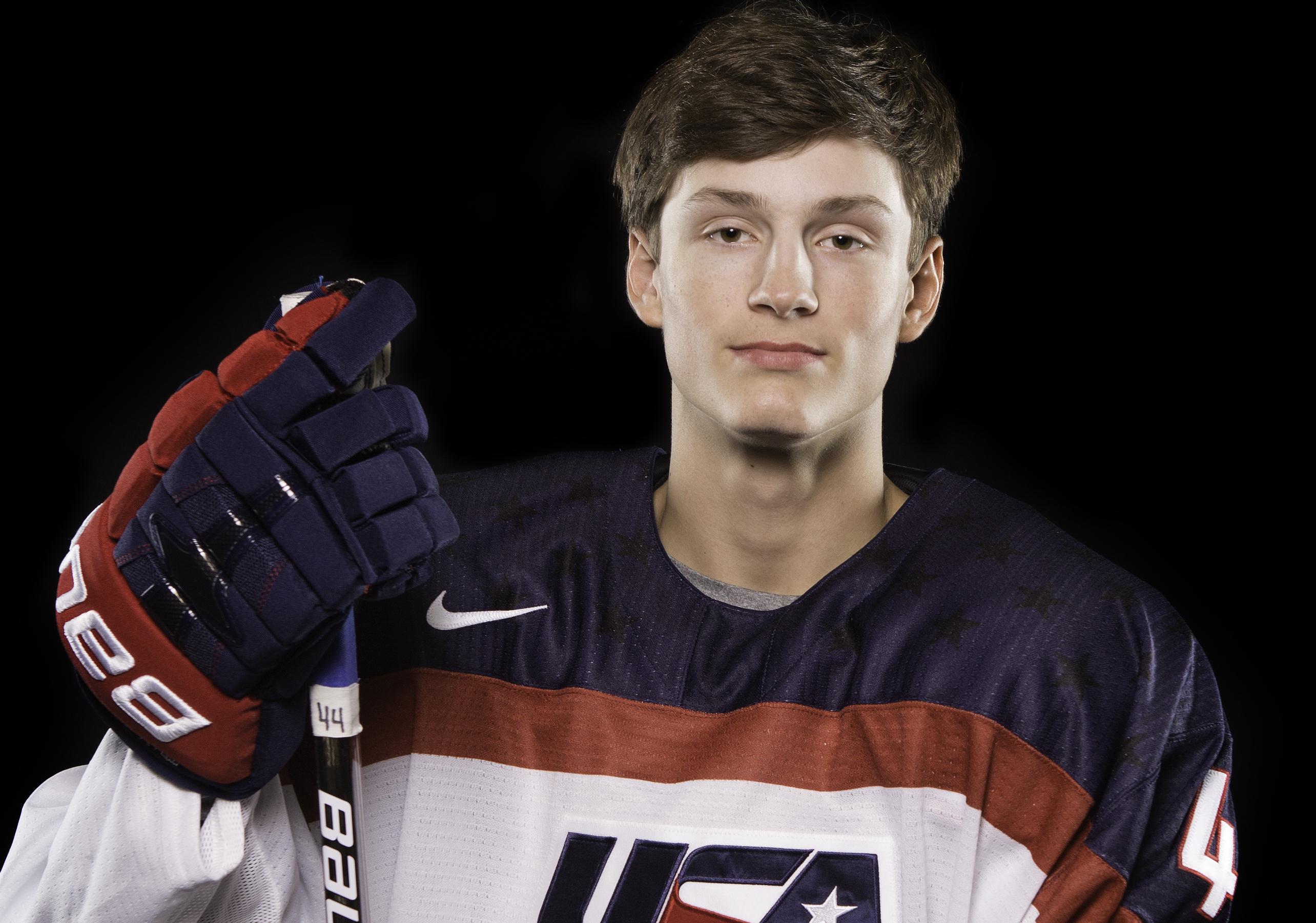 When it comes to finding the source of Joel Farabee’s love of hockey, look no further than his older brothers Jake and Jesse. After all, the duo helped fuel the hockey passion in the Cicero, New York native.

“Both my older brothers played so they got me into it. Everything just took off from there,” explained Farabee, who started playing when he was three. “I always watched them. They were on older teams. They inspired me to want to get to that level.

“They played AAA hockey and now they are playing in college [Jake at Connecticut College] and playing in juniors [Jesse for the Minnesota Wilderness of the North American Hockey League]. I was really inspired by them.”

More than anything, Jake was a huge influence in Joel’s development as a player, and served as one of his biggest role models.

“He has a really good work ethic and really showed me how to be successful in hockey and how to get to that next level wherever you are and to be a really good person along the way,” Farabee said.

It should be no surprise that his entire family, especially his brothers, were very excited when they learned he had made Team USA and would spend two years in Plymouth, Michigan, with USA Hockey's National Team Development Program.

“They were really excited,” he stated. “They told all their friends. It was a really exciting time.”

After playing for the Hockey Academy U16 of the United States Premier Hockey League one year ago, Farabee has discovered that the transition to the NTDP can be difficult at times.

“It’s been really tough,” the 5-foot-11, 147-pound forward remarked. “You have to prepare for every game and every practice. You have to be willing to get better, both on and off the ice. It is a big change from youth hockey. You have to act like a pro and play like a pro.”

However, he is taking some lessons from the coaching staff to help him improve his game as he currently paces the team in scoring with 14 points (7 goals and 7 assists).

“I need to stay with the guys on this team, have good chemistry and make plays, even though you may not score every game, it will benefit you in the long run.”

Farabee and his Under-17 teammates will head to Monthey, Switzerland, for the team’s second international tournament in mid-December. He knows they will be taking some lessons from the Under-17 World Hockey Challenge and applying it in Switzerland.

“Losing to Sweden and getting knocked out [in the quarterfinals], it really opened your eyes,” said Farabee. “It showed just how hard you have to work to win one of those tournaments and be successful in the long run.

This is partly why wearing the USA sweater is so important for Farabee, especially when it comes to international action.

“It’s an honor,” he stated. “It’s really humbling. Not many people get to do that. You have to wear it with pride and work really hard.

“It’s country against country in international play. You want to be the best. Putting it on and going out there, you have to show what country you play for.”

Of course, hearing “The Star-Spangled Banner” is something that never gets old for Farabee.

“It makes it so much special. You win a game, even before the game, it gets you pumped up and it reminds you who you play for,” he said. “It’s something I’m proud of and living my dream.”

There is one person who never got to see Farabee fulfill his dream of playing for his country. His grandfather, Joe Klodzen, passed away right before the season. He was one of Farabee’s biggest role models.

“He was baseball player and was drafted by the St. Louis Cardinals,” he said. “He played in the minors for a little bit. Overall, he was probably my biggest role model. He showed me how to be a good person. Even though he wasn’t a hockey player, he always showed me how to do things the right way.

“He watched me all the time growing up, whether it was playing hockey or playing baseball in the summer. He has always been there for me. He was someone that I looked up to.” 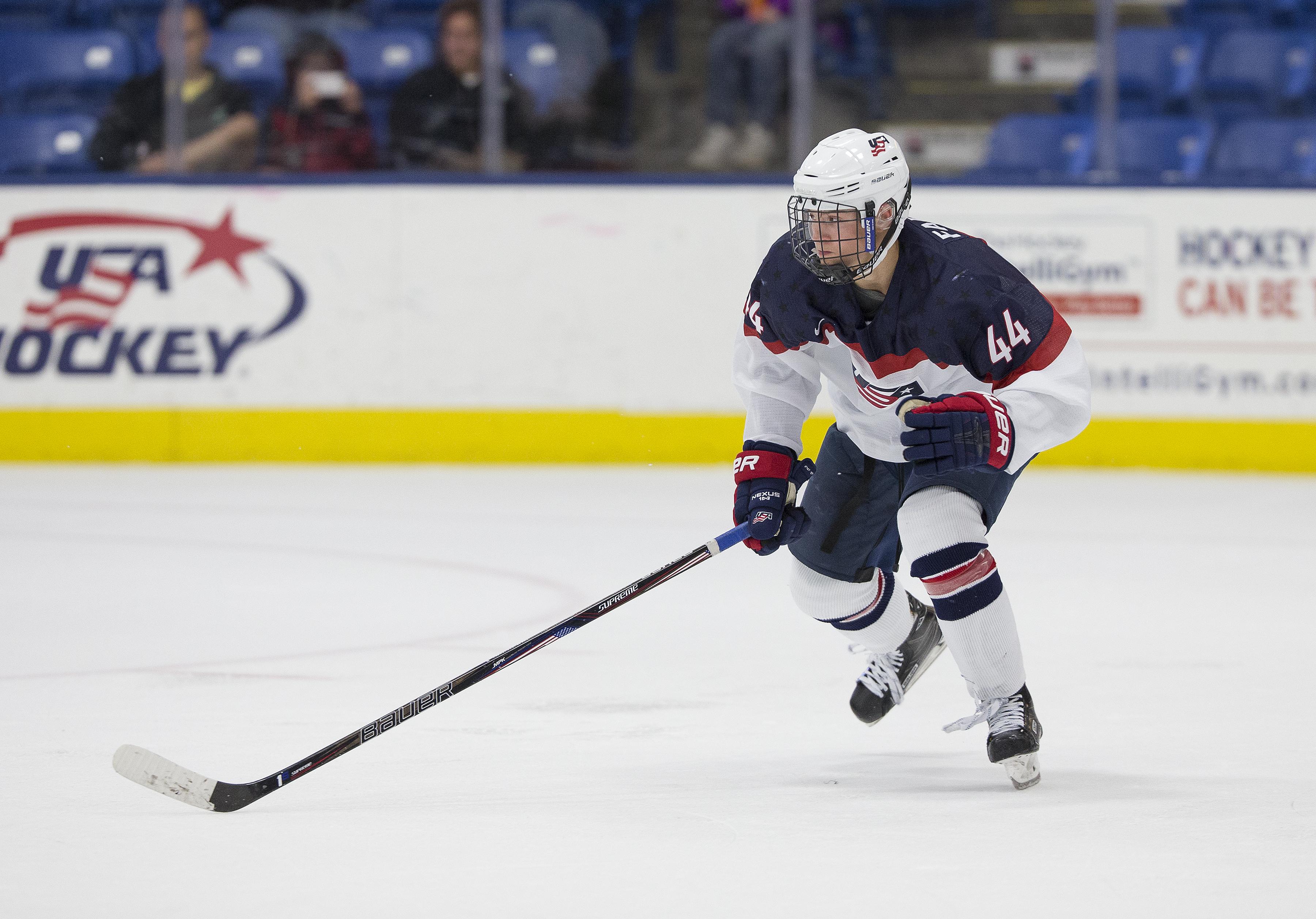