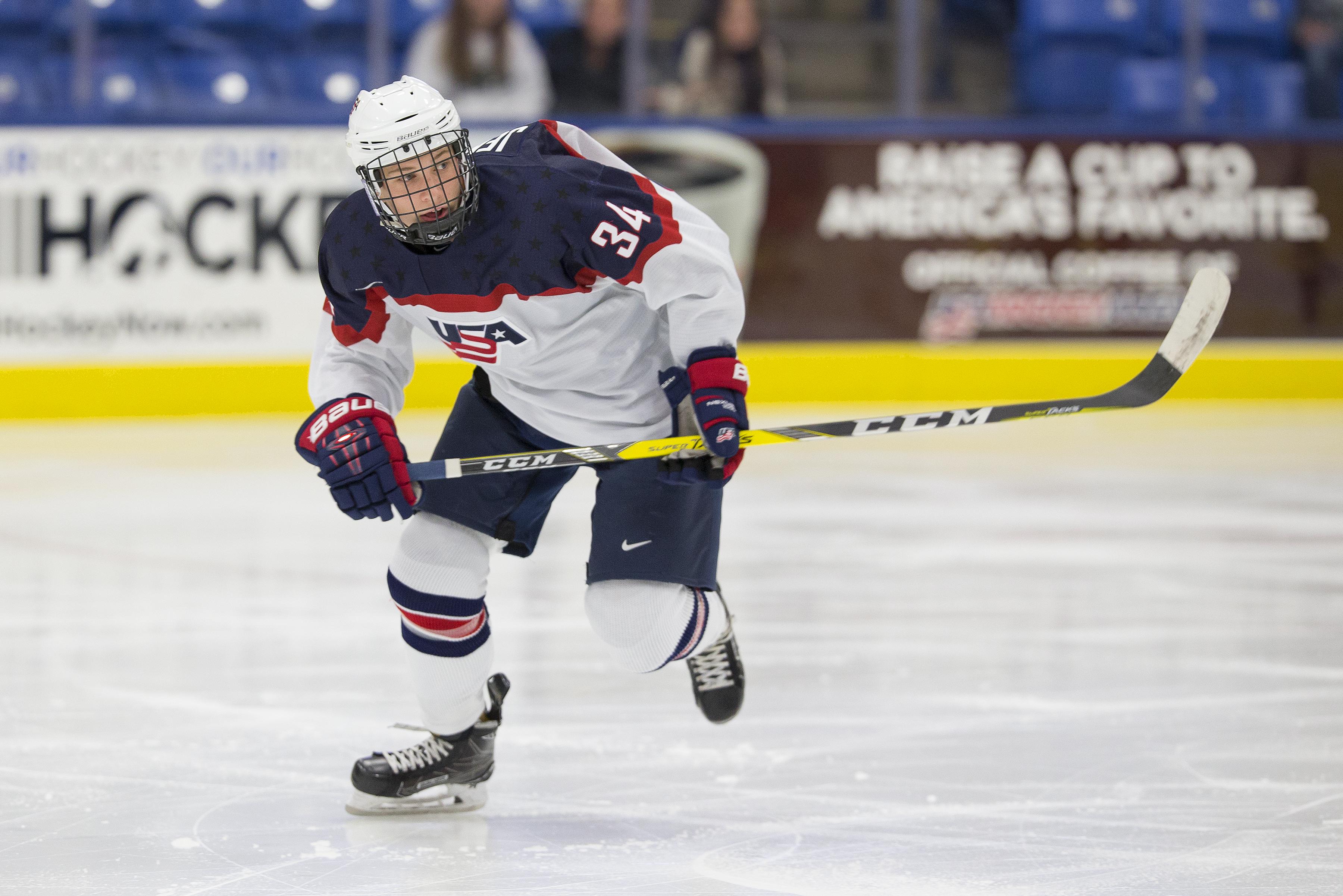 After almost completing an entire period without a goal, the teams traded three goals within two minutes of play. The Elite League Select team opened the scoring at the 17:13 mark of the first period, but Giles answered for Team USA just 27 seconds later when he pounced on a rebound of a shot by Tyler Weiss (Raleigh, N.C.).

The Elite League Select Team added one more in the final minute of play to take the 2-1 lead heading into the second period.

Jenkins tallied his first goal as a member of the NTDP at the 1:47 mark of the second period to tie the game at two. Jenkins took a feed from Minnesota native Trevor Janicke (Maple Grove, Minn.) and deked to his backhand and deposited in the open net.

The Elite League Selects added one more in the period to take a 4-2 lead into the locker room.

Wahlstrom brought Team USA within one goal with less than seven minutes remaining in the third when he knocked in a rebound on front. Weiss picked up his second assist on the day and Jake Goldowski (Thornhurst, Pa.) also added an assist.

The U17s pulled goaltender Ryan Ullan (Hibbing, Minn.) with 1:30 remaining in the game but were unable to capitalize with the extra attacker.

The U17s return to action next weekend when they return to a USHL schedule with a home matchup against the Omaha Lancers at USA Hockey Arena at 7 p.m. on Friday night. Tickets are available at USAHockeyArena.com.