Jonathan Gruden and Oliver Wahlstrom each tallied two goals in the National Team Development Under-17 team in their 5-1 over the Johnstown Tomahawks on Saturday Night at the RMU Island Sports Center. 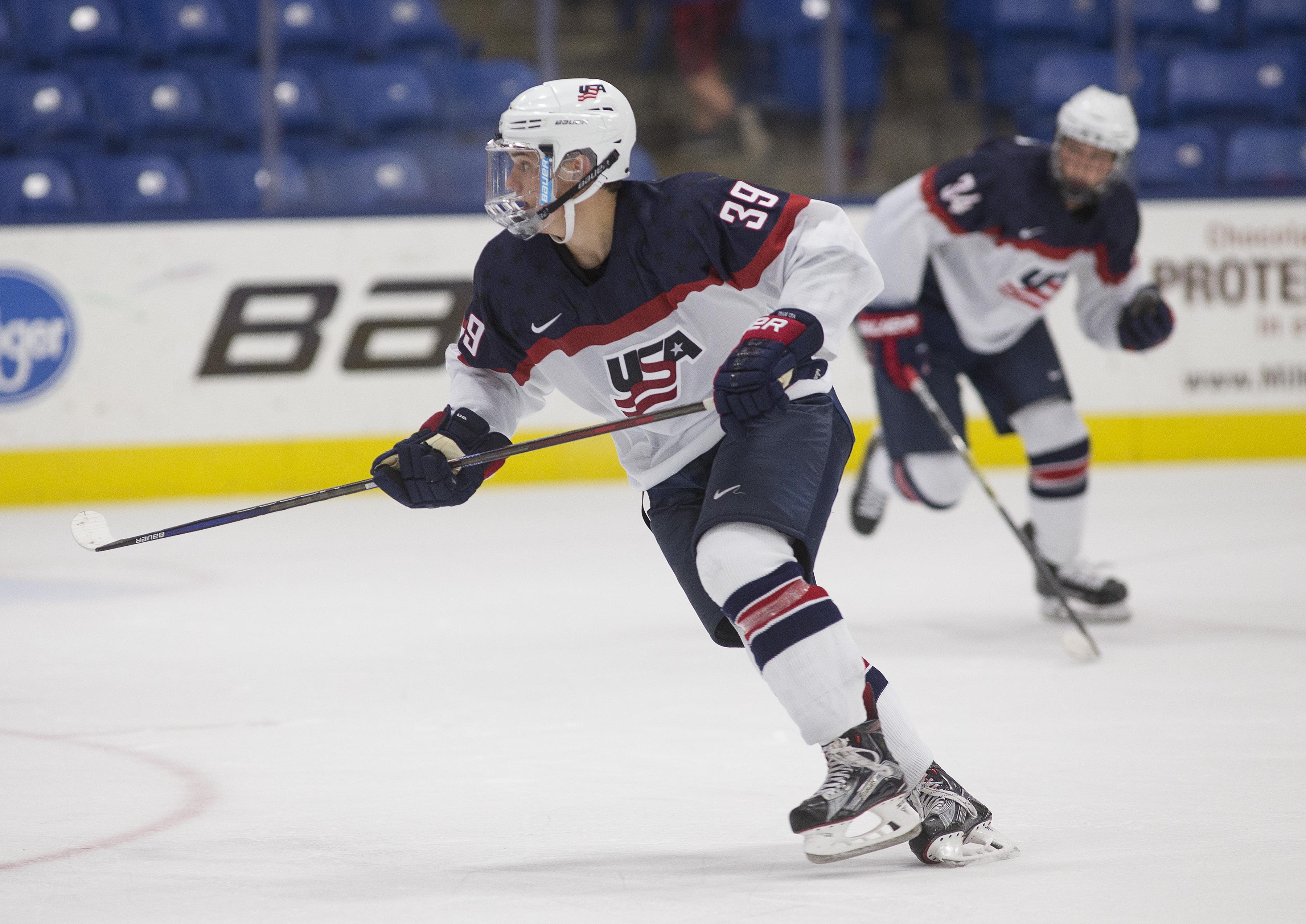 Moon Township, Pa. - Jonathan Gruden (Rochester, Mich.) and Oliver Wahlstrom (Quincy, Mass.) each tallied two goals for the National Team Development Under-17 team in their 5-1 over the Johnstown Tomahawks (NAHL) on Saturday Night at the RMU Island Sports Center.

Gruden opened the scoring late in the first period when he took a feed from Erik Middendorf (Scottsdale, Ariz.) on the power play and powered it past the outstretched glove of Tomahawks goaltender Vinny Purpura.

Wahlstrom's two tallies came in a bunch, as he tallied his first and second goal of the season just 55 seconds apart. Middendorf picked up his second assist of the evening after feeding a pass to a streaking Wahlstrom. Wahlstrom stayed on the ice on the ensuing faceoff and tallied his second goal at the 10:15 mark of the second period to give Team USA a 3-0 lead.

Jake Goldowski (Thornhurst, Pa.) tallied his second goal of the season on the power play to give the NTDP a 4-0 lead heading into the third period. Jake Pivonka (Woodridge, Ill.) and Tyler Weiss (Raleigh, N.C.) picked up assists on the goal off a set face-off play to open the power play.

The Tomahawks cut the lead to three early in the third period but Gruden re-established the four goal lead with his second goal of the night 46 seconds before the final buzzer.

Keegan Karki (Sartell, Minn.) picked up his first NTDP career win after making 29 saves on 30 shots. His record on the season now sits at 1-1-0.

The U17 team is back in tomorrow night with a rematch with the Tomahawks at 7 p.m. at RMU Island Sports Center. This will conclude their preseason schedule.