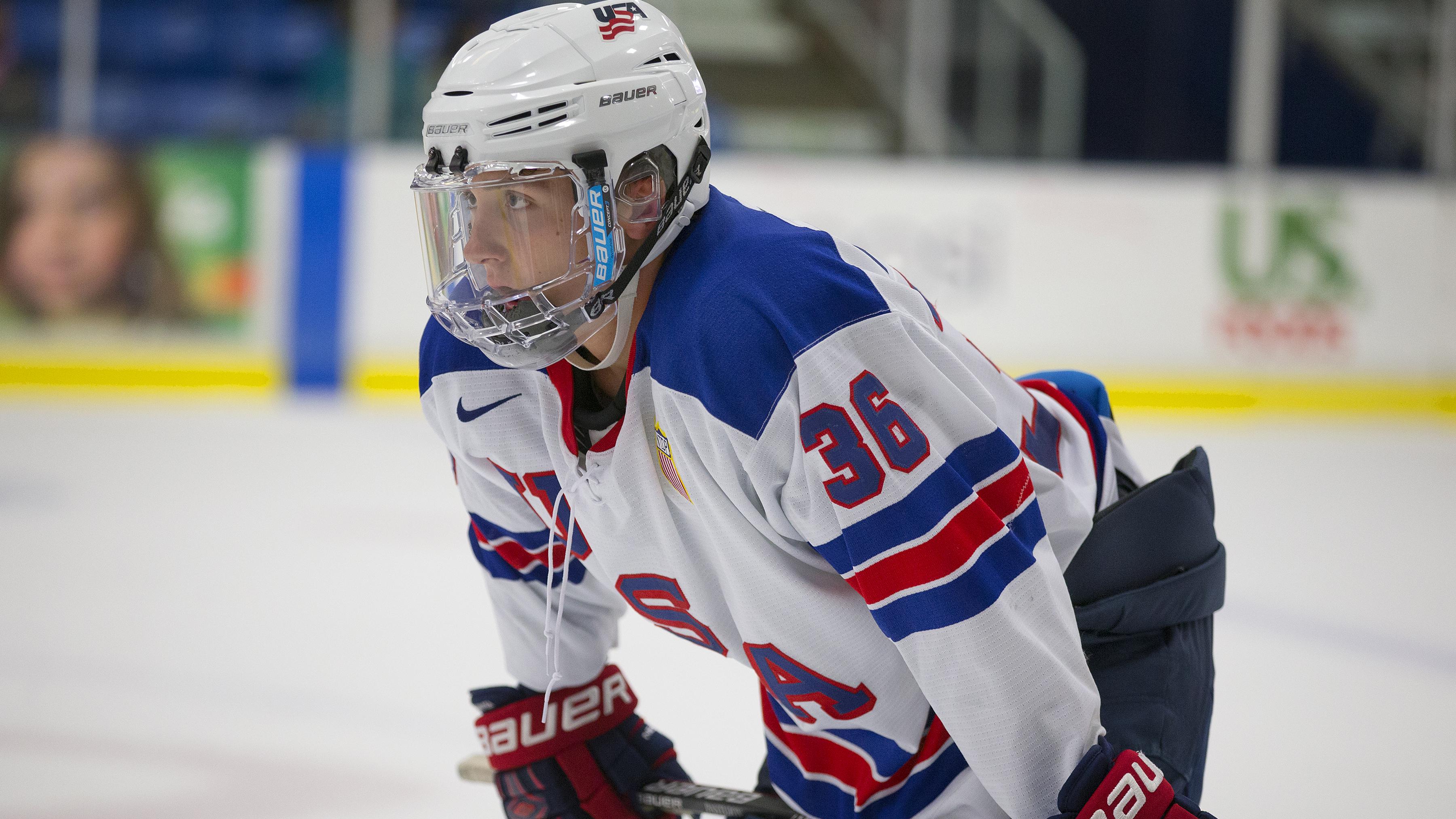 Michael Pastujov’s debut season with USA Hockey's National Team Development Program didn’t go quite as he had hoped. The 6-foot-2, 190-pound forward played in just 14 games for the U.S. National Under-17 Team before injuring his shoulder on Nov. 27 and missing the rest of the season.

“It was pretty difficult,” he said. “I am working hard to get back into it and be ready for next season. I’m really focused on that.”

It didn’t take him long to find his motivation.

“Basically, my motivation is my U18 year, and I have to have a good year,” he said. “We have the world championship coming up and all the world events. I want to be healthy and able to play.”

After his shoulder surgery in January, Pastujov was limited in what he could do in terms of training, but he still tried to make the most of it.

“I was able to do lower body and conditioning on the bike,” he said. “I was doing shoulder rehab drills. I still can’t do contact drills, but I can skate.”

Pastujov said he knows what he needs to do this summer to get ready for his U18 season, and his plan is quite simple.

“I plan to skate and work out,” he said. “I want to train both on and off the ice. I need to get stronger and faster. I’m hoping to go to the Hlinka tournament over the summer to get back into game shape.”

Pastujov, who began playing hockey when he was 4 years old, grew up in Bradenton, Florida, prior to moving to Michigan to play midgets.

“I started playing because my dad [George] grew up playing hockey,” he recalled. “I wanted to be like him.

“Hockey is a fast-paced game. There is a lot of action and not too much sitting around. You are always involved.”

He also can thank his older brother, Nick, who played for the NTDP from 2014-16, as another big influence in his hockey career.

“My brother had a lot of influence on me. We grew up playing together on the same team,” Michael said. “We get along pretty well. We were really close growing up, so that was nice.

“We are still brothers and we did fight too, but there were no hurt feelings.”

More than anything, Nick was able to instill some of his wisdom when it came time to try out for the NTDP. The advice still rings true as Michael works to come back from shoulder surgery.

“He told me to work hard and you can’t hold back,” Michael said. “You only get one shot to make it, and that is the tryout. He said that not every day is going to be your best day, but you need to keep pushing.”

The brothers will be reunited in the fall of 2017 when Michael joins Nick at the University of Michigan.

“We are both committed to Michigan, so we will both be playing there,” Michael said. “It will be sweet, especially since it will be on a bigger stage. People can see us and watch us play with each other. It will be really cool. It’s special.”

Prior to lining up together, the duo will get a chance to line up across from each when Michael and Team USA face off against Michigan in an exhibition game next year.

“It will be awesome,” he said. “We are excited about it. It will be fun to play against my brother. There will not be any trash-talking between us.”

Michael said deciding to continue his hockey career at Michigan was an easy choice, even if his brother wasn’t already there.

“It’s an awesome school, especially education-wise,” he said. “The feel of it was awesome. I like how Ann Arbor is a college town and more than just a school. I love the rink [Yost Ice Arena]. The student section is sweet and the fans are awesome.” 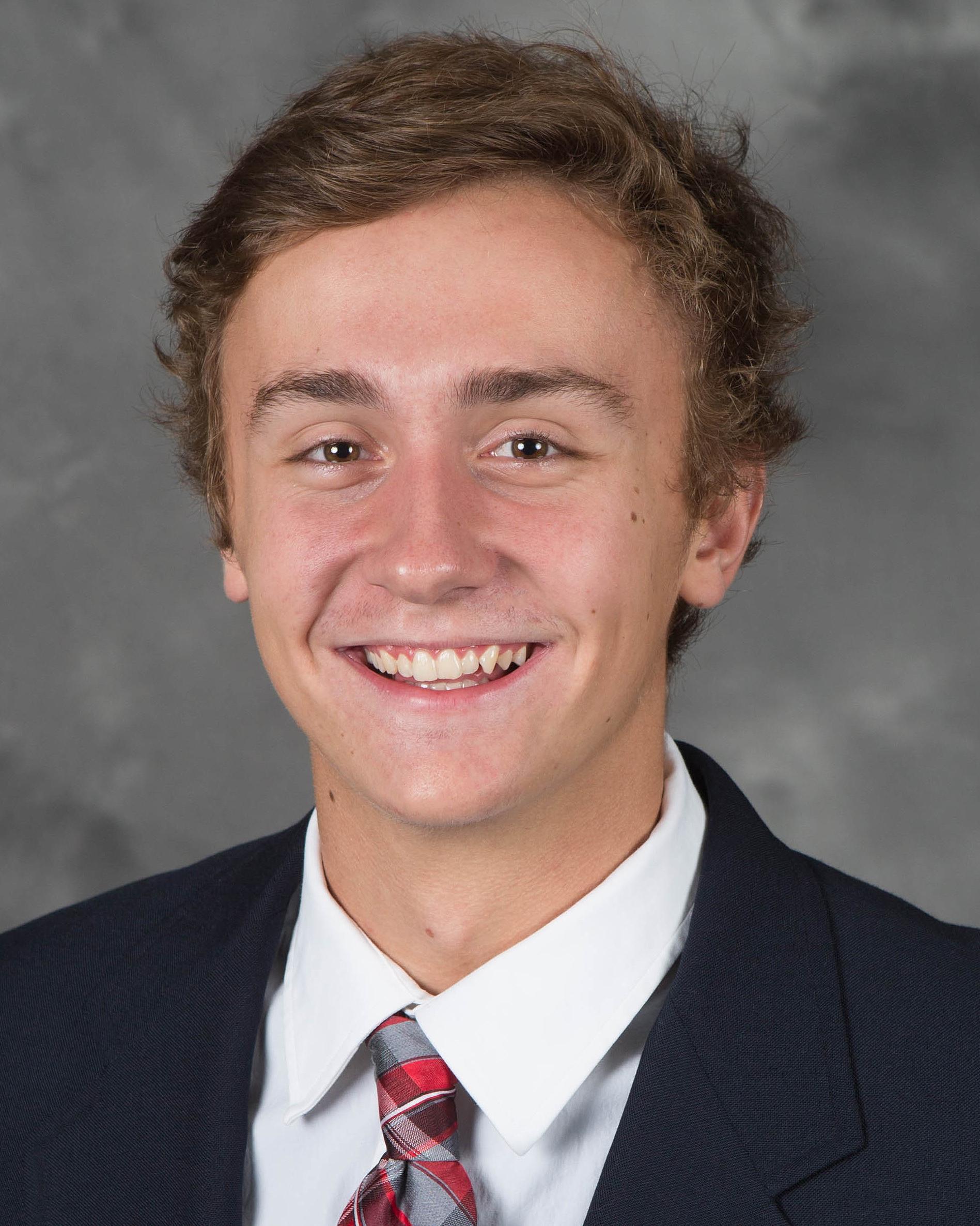