Record Set as Nine NTDP Alums Selected in First Round 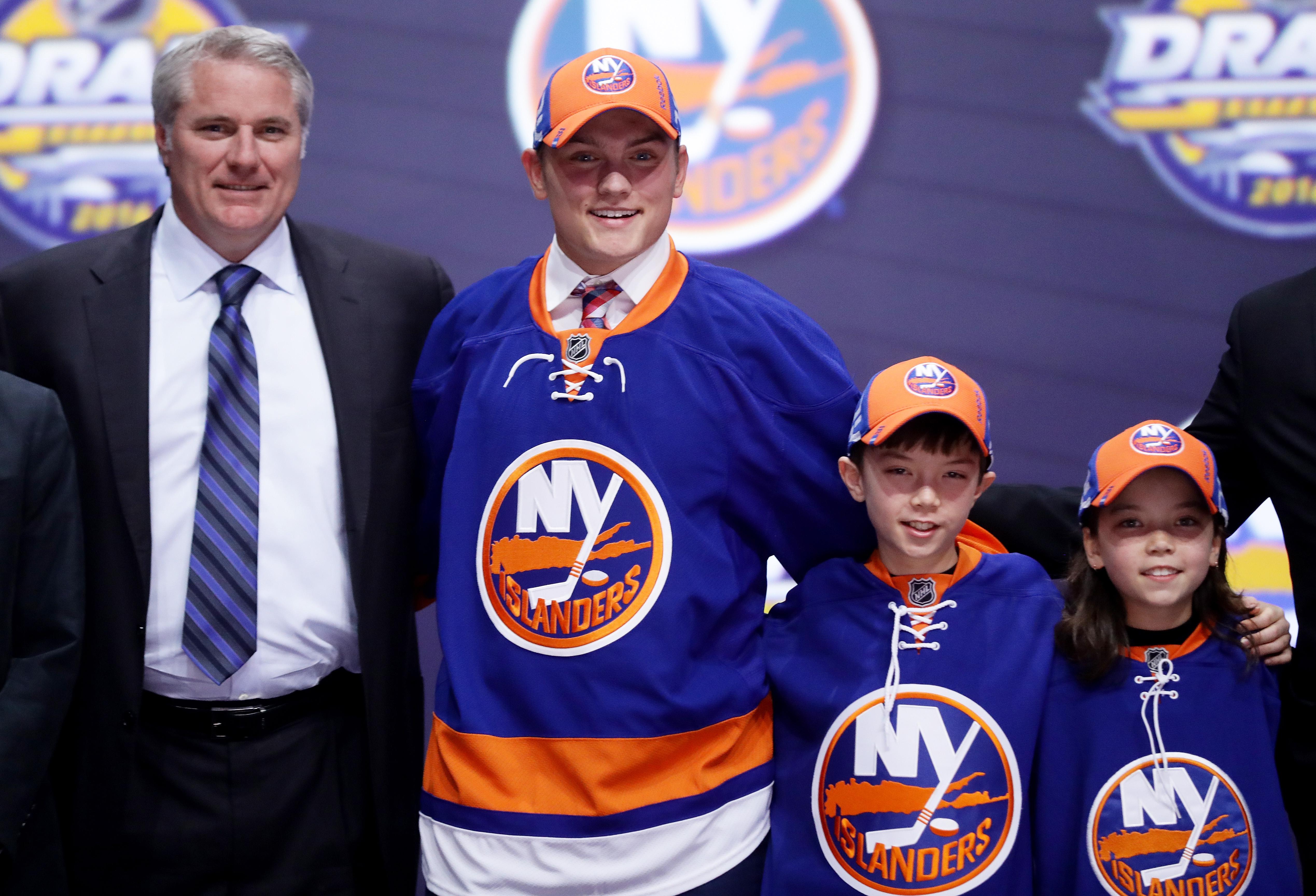 Matthews, selected first overall by the Toronto Maple Leafs, was followed by Matthew Tkachuk (St. Louis, Mo./2013-15) who was picked by the Calgary Flames sixth overall. Tkachuk was a part of the United States squad that claimed the bronze medal at the 2016 World Junior Championship in Finland. Additionally, Tkachuk earned gold as a member of the 2015 U.S. National Under-18 Team at the International Ice Hockey Federation Under-18 Men’s World Championship in Switzerland. Tkachuk ranks sixth in NTDP single-season assists (57 in 2014-15) and single-season points (95 in 2014-15).

Clayton Keller (Swansea, Ill./2014-16) was the first player tabbed in the 2016 NHL Entry Draft straight from the NTDP. He went seventh overall to the Arizona Coyotes. Keller holds or places near the top in most major statistical categories within the NTDP, including career points (189 – 1st), career goals (71 – 6th), career assists (118 – 2nd), single-season points (107 – 2nd) and single-season assists (70 – 1st). The forward has earned medals in two IIHF Under-18 Men’s World Championships: bronze in 2016 in Grand Forks, North Dakota, and gold in 2015 in Switzerland. He was named tournament MVP in 2016.

Charles McAvoy (Long Beach, N.Y./2013-15) went 14th overall to the Boston Bruins. The defenseman most recently skated for Boston University, earning a place on Hockey East All-Rookie Team. McAvoy was on the U.S. squad that earned gold at the 2015 IIHF Under-18 Men’s World Championship.

Luke Kunin (Chesterfield, Mo./2013-15) was selected 15th by the Minnesota Wild. Last season, Kunin skated for the University of Wisconsin and was named to the Big Ten All-Rookie Team. The former captain of the U.S. National Under-18 Team helped lead Team USA to the gold medal at the 2015 IIHF Under-18 Men’s World Championship.

Kieffer Bellows (Edina, Minn./2015-16) went 19th overall to the New York Islanders. Fifth in single-season goals (50) – behind only Matthews, Patrick Kane and Phil Kessel ­– at the NTDP in 2015-16, Bellows helped Team USA to a bronze-medal finish at the 2016 IIHF Under-18 Men’s World Championship in Grand Forks, North Dakota. Prior to his time with the NTDP, the forward was a part of the USHL Clark Cup champion Sioux Falls Stampede in 2014-15 and was named the league’s Rookie of the Year.

Max Jones (Rochester, Mich./2014-15) was selected 24th overall by the Anaheim Ducks. Jones played one season with the NTDP, and recorded 18 goals and 10 assists in 38 games played. While skating with Team USA at the 2014 (November) World Under-17 Hockey Challenge, Jones led the tournament in scoring with seven goals as the U.S. claimed second place.

Tage Thompson (Oyster Bay, N.Y./2014-15) was selected 26th by the St. Louis Blues. Thompson played one season for the NTDP from 2014-15. He earned a gold medal at the 2015 IIHF Under-18 Men’s World Championship as a part of the United States roster. Last season, the forward laced up his skates for the University of Connecticut where he finished second on the Huskies with 32 points (14-18). Additionally, Thompson’s 13 power-play goals led the NCAA.

Trent Frederic (St. Louis, Mo./2014-16) was selected 29th overall by the Boston Bruins. The forward most recently helped Team USA earn a bronze medal at the 2016 IIHF Under-18 Men's World Championship in Grand Forks, North Dakota. Last season, while skating with the U.S. National Under-18 Team, Frederic netted 20 goals to go with 20 helpers in 61 games.

The 2016 NHL Entry Draft marks the 18th year in which members of the National Team Development Program are eligible. The first NHL Draft with NTDP players was 1999 in Boston, where David Tanabe (White Bear Lake, Minn./1997-98) became the first-ever NTDP product selected when Carolina took him 16th overall … Prior to 2016, the NTDP has seen 262 players selected in the NHL Draft, including 117 in the first and second rounds.