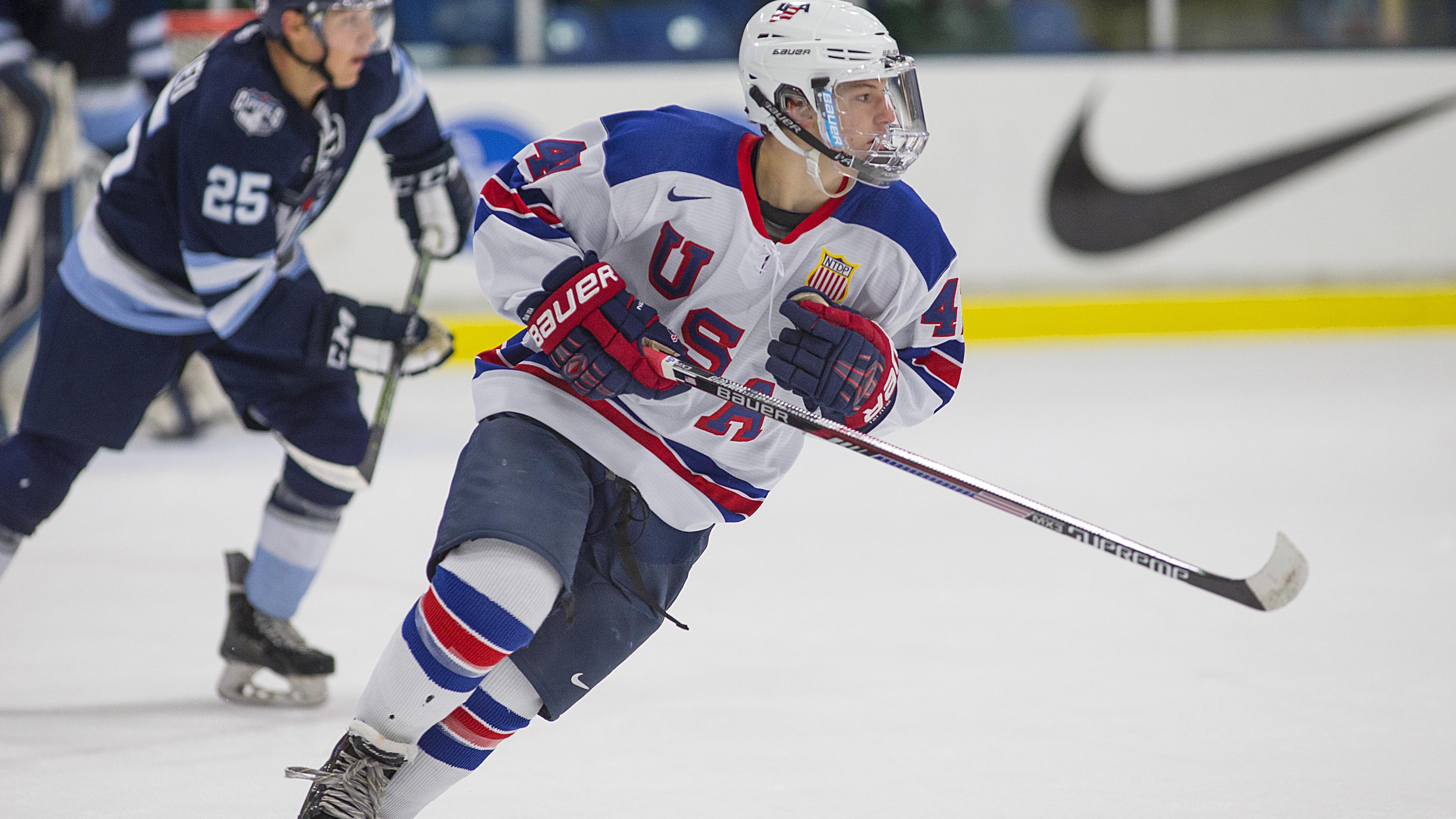 Logan Cockerill learned an important lesson this past season as a member of USA Hockey's National Team Development Program.

“You need to be persistent,” he said. “When things are rough, you need to keep doing what you can do and continue to make the plays.

“I have learned that hard work is the only way to get the job done. At the end of the year, I think we were playing better as a team. We could start to see our hard work paying off.”

The 5-foot-8, 160-pound forward knew that the month of May was going to be most important, not only for him but also for his teammates.

“We knew we would need to start and be persistent and set the bar high,” he said. “Based on past history with the program, the team always improves from the U17 to the U18 year. We definitely put in the work this spring [to make this happen]. The training was intense. We would put time in the weight room.

“We were shooting for our goals. We know that in several games last year, our opponents took it to us. We want to do it the right way and have no one take it to us. We hit the weight room hard and put in extra work on the ice. We’ve been through the season once, and we know what to expect.”

In addition to their hard training, Cockerill and his teammates also began learning from and training with new head coach John Wroblewski. He played at the NTDP in its first two seasons, from 1997-99, and served as an assistant coach from 2007-10.

“The first time I met him, I noticed his drive and passion for hockey,” Cockerill said. “He has intensity. He pushes us every day to go our hardest. From a player’s perspective, it is a positive. He has been here before and he knows what needs to be done. We know what to expect from him every day.”

Cockerill, who grew up in Brighton, Michigan, started playing hockey when he was 3 years old. He credits his brother Garrett, who currently plays hockey at Northeastern University, for sparking his interest.

“My brother, who is five years older, played and I wanted to play hockey just like him,” Cockerill explained. “My parents and my brother were big influences in my career. They taught me the right way to do things.”

When it came time to select a college to further his schooling and hockey career, Boston University was the easy choice, and he has the full support of his family.

“I knew I wanted to go out east for college,” Cockerill said after tallying six goals and recording 21 total points last season. “I fell in love with Boston, both the city and the BU campus. The coaching and support staffs are great.

“We will be adding the college games next year [on the U18 schedule], and that will be a fun experience. It will be good for us to see what to expect as we get ready to head to college the following year.”

While Cockerill is excited to suit up for the Terriers, he is making sure to cherish his two seasons playing for Team USA.

“It’s an honor to play for my country,” he said. “To put on the jersey every single day is a great feeling. When we get to wear the jersey in international play, there is so much pride. We get to see the top talent in other countries. It’s so special.”

One thing that Cockerill can look back on is his favorite memory, which reminds him why hard work and persistency are so important.

“Playing Russia in the Five Nations at USA Hockey Arena, it was really special,” he recalled of the Feb. 13 game. “It was so loud when we scored the tying goal, and we were going crazy on the bench.

“Even though we lost that game [5-3], we did beat them once during the year. We know going into next year, it will fun to play them. It’s an important lesson for us that whoever plays better will get the win.” 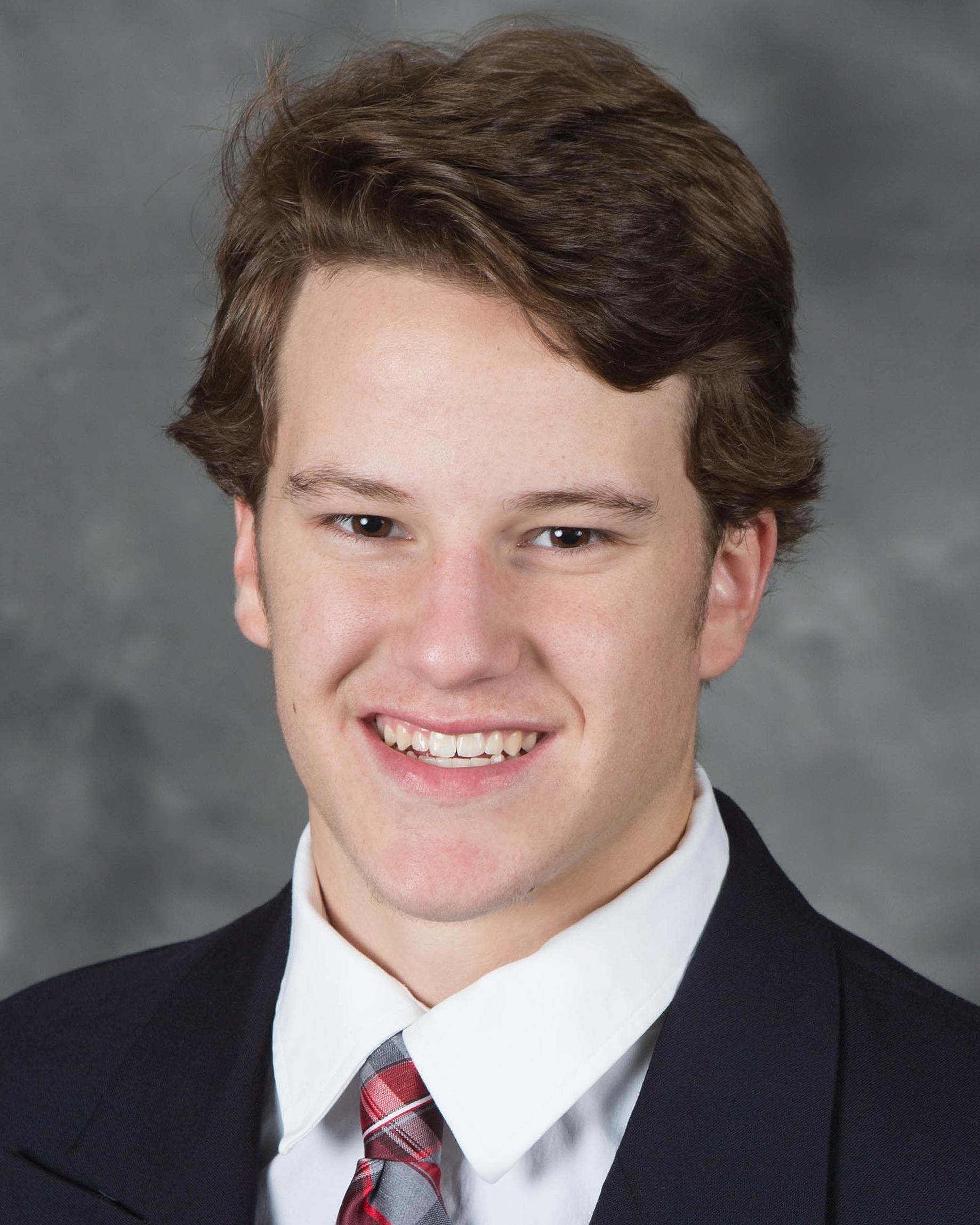 Favorite Book
The Lord of the Rings