Before Joining the NTDP, Mismash Learned to Skate with His Mom 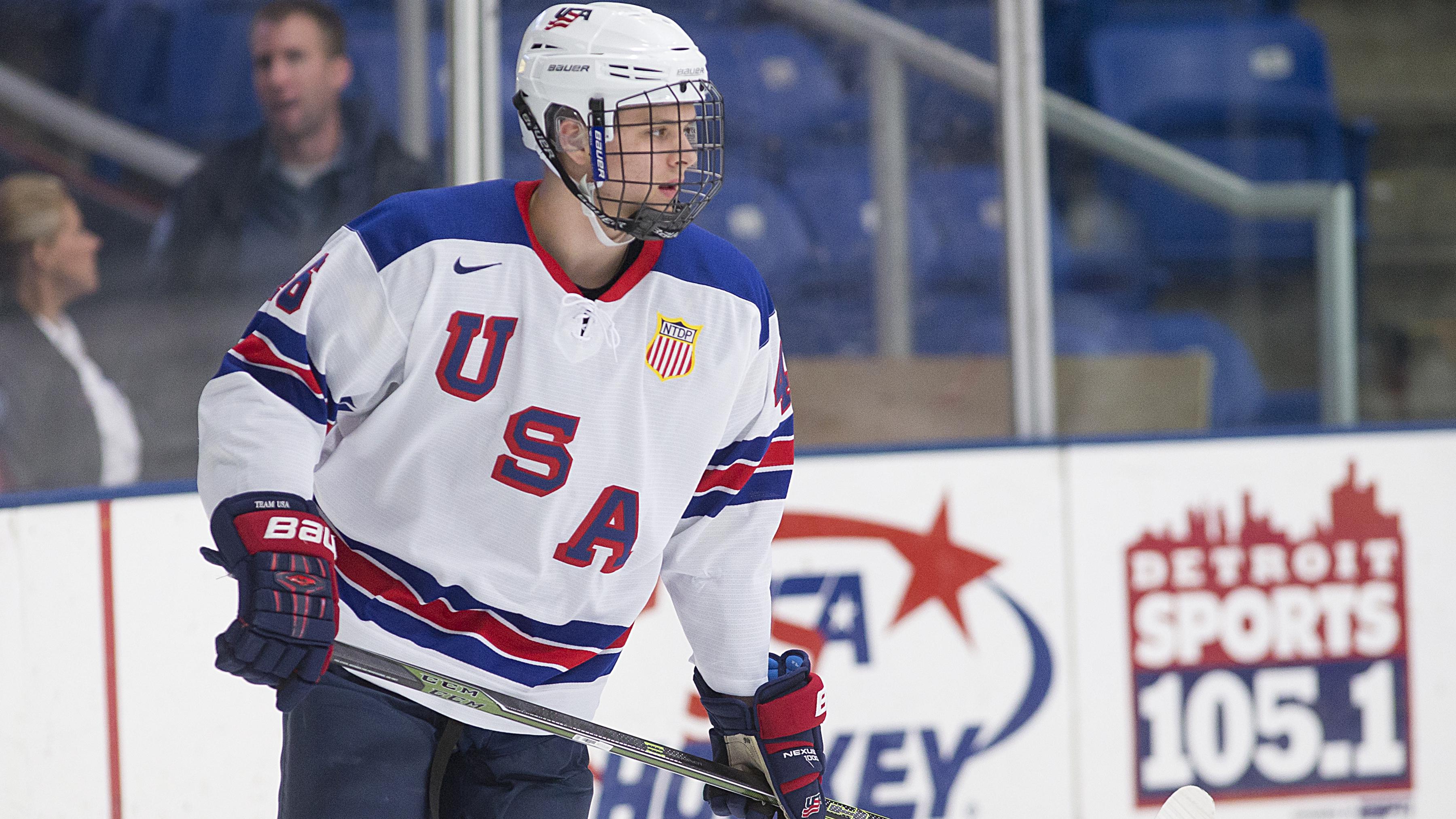 Some of the earliest memories Grant Mismash has at the ice rink are skating with his mom at his hometown rink in Edina, Minnesota.

“My mom [Kim] was a figure skater, and she was the one who taught me how to skate on the free ice,” Grant explained. “We would go there, and she would always skate backwards and I would chase after her.”

Now a 6-foot, 172-pound forward for USA Hockey's National Team Development Program, Mismash looks back fondly at those early skating lessons and realizes how they helped him become the player he is today.

“Balance at first [was the big emphasis],” he said. “Using the little chair to balance right away. Using your edges and [learning] how to stay on your feet. She started taking away the chair from me. I took some spills right away and got some bruises.

Despite Kim’s influence, Grant didn’t follow her into figure skating, instead taking up hockey at age 3.

“My dad played hockey, so obviously it runs in the family,” he said. “Plus, I grew up with an older brother, and I would always get beat on. When I got to peewees, I couldn’t wait for the first game of hitting. It’s the one thing my parents will even tell you.”

Mismash also credits his older brother Parker with helping toughen him up.

“He would always beat me up, and I would have to retaliate,” Grant said. “He would beat me at everything. Whenever I would beat him or get close to beating him, he would force me to lose, or he might throw my controller if we were playing Xbox. He would beat me or put me in a headlock. It was a typically older brother, younger brother story.

“It was all worth it; I will give him credit for making me tougher.” Grant first learned of the NTDP when he was in squirts. His coach, Bernie McBain, had a son, Jamie (2004-05), who played for the program.

“When I was growing up, ever since I was squirts, my youth coach’s son played for the NTDP and he instilled it in us to have that dream to play for our country,” Mismash said. “That was a big dream of mine. When that came true, it was very special.

“It was probably the best moment in my life when I was told I had a spot on the team. I couldn’t even show my emotions. I had to take it seriously. After the conversation, I went back to my parents and I was kind of freaking out. It was crazy.”

When it came time to make that decision of whether to stay at Shattuck-St. Mary’s School in Minnesota or play for the NTDP, he picked the NTDP.

“It is a huge step in development. You see all the guys that come through here and make it to the NHL — that’s a big eye opener,” Mismash said. “To represent your country is huge, and it’s a lot of fun.”

He said he would never forget the first time he stepped into the locker room and saw his USA jersey hanging up before the season opener.

“It was pretty surreal,” he said. “We had national camp where you got to wear a USA jersey, but the actual USA game jersey with the logo — it was pretty crazy to see it.

“We had the whole setup — gloves, helmets and customized sticks. It’s pretty sweet. They treat us well here. When you look back at everything you have been through, you realize that it has all worked out. Walking in there and looking back at what got you here.”

Another moment Mismash will not forget is the 5-4 overtime win against Russia at the Five Nations Tournament last December in Slovakia. Mismash tallied the opening goal and added a helper on the game-winner.

“That was probably the coolest game of the year,” he said. “Leading up to that game, there was a lot of hype. The coaches were telling us stories from when they used to play them with the ‘95 and ‘97 teams, and it is a big rivalry. It was a big game and it was a lot of fun.” 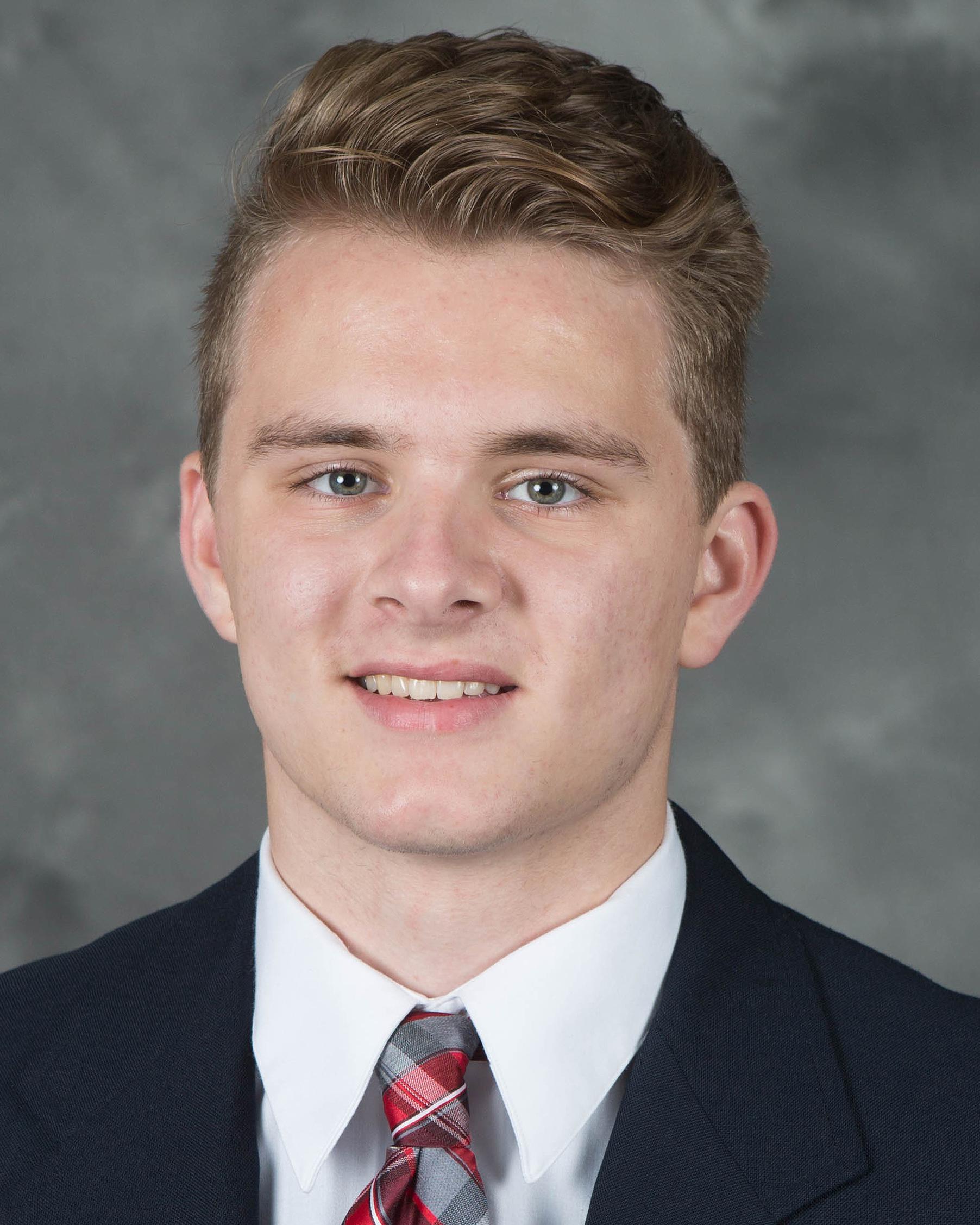