Gildon’s Grandfather Often Drove Him to the Rink in Plano, Texas 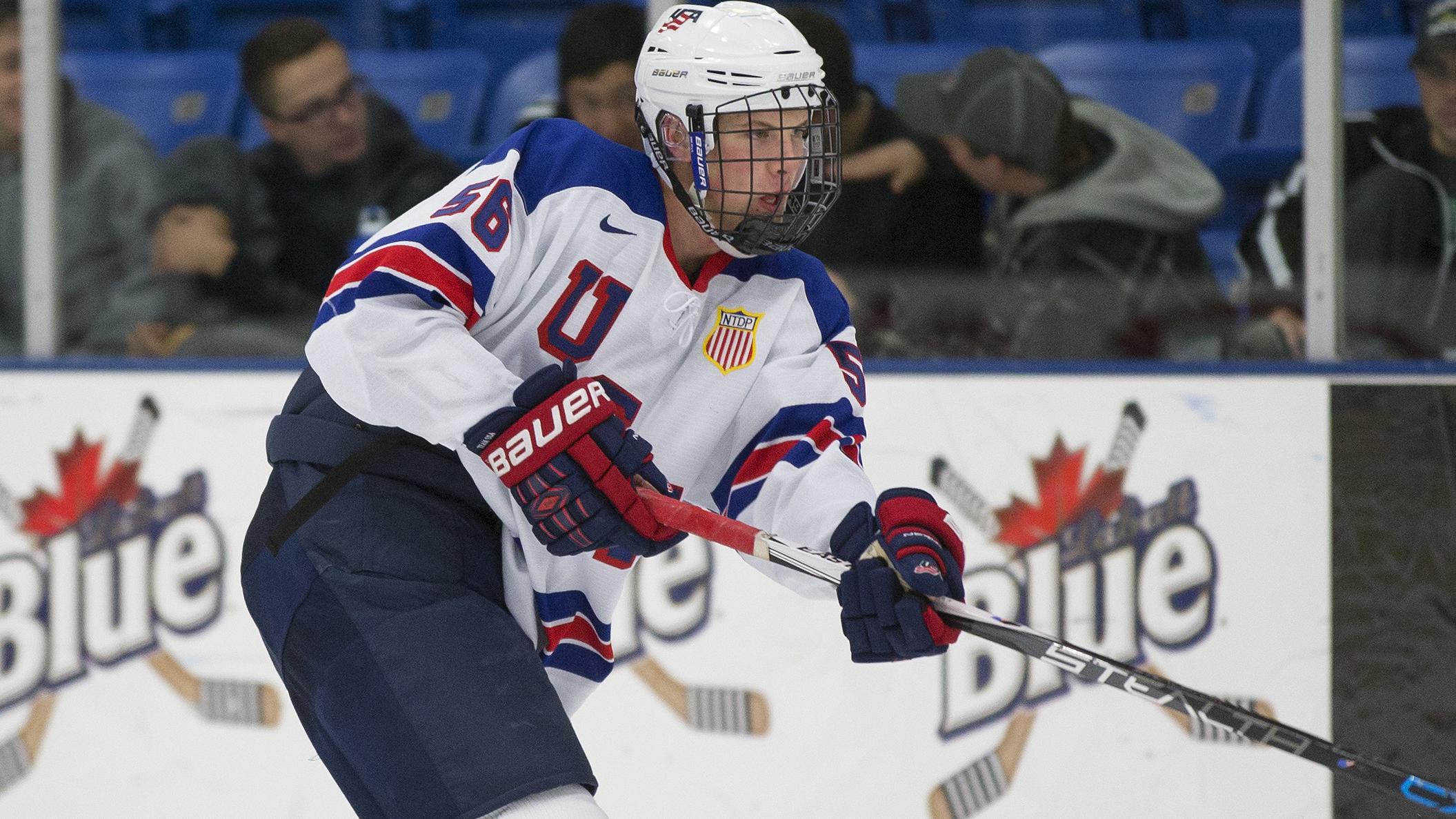 When Max Gildon was growing up in Plano, Texas, trips with his grandpa to the skating rink at the local shopping mall helped fuel his love for hockey.

“It was right after my third birthday,” he recalled. “My grandpa would pick me up from daycare and we would go to the mall and go skating and even play hockey.

“It was a way to get out of the heat and get into an ice rink in the summer. Other than that, it was a way for him to spend time with us. He grew up in the north, so he had an idea about it, and it was his way of hanging out with us.”

Gildon said his grandfather, Larry Smith, played a big role in his development.

“He was the one who would take me there almost every day,” Gildon said. “Since my parents were working and they couldn’t, he was the one driving me to practice. He was a big part of my love for the game and helping me get to where I am today.”

Despite all the other sports he could play in Texas, Gildon picked hockey.

“To me, it was different,” he said. “I did play other sports when I was a kid, but for me, there was something about hockey that I just loved. It had aggression and you had to have patience. It was all the little things that the other sports didn’t have that made hockey different. It was what I fell in love with.”

Gildon started as a forward, but a coach suggested he switch to defense around age 12.

“I stuck with it and really loved it,” he said. “I have been with it ever since.”

As he improved in the sport, the 6-foot-2, 180-pound Gildon got the opportunity to move to Michigan and join USA Hockey's National Team Development Program. It was hard leaving Texas, but worth it, he said.

“Being away from my family and friends was the toughest,” he said. “My brother and I are really close. Not being able to see certain people that I would every single day [was hard], but it is something that you get used to.

“The workload that comes in being part of this program [is intense], but I can’t imagine any other place being like this. Just those factors are the two hardest things.”

Gildon, who was one of six players to appear in all 58 contests for the Under-17 Team last year, finished with one goal and 19 points. He credits the drills and video for helping his game improve throughout the season.

“There are a ton of different drills here; I don’t know if there is just one that is just overall harder than the other,” he said. “All the drills in their own respect are different and hard and they push you.

“For me, I’m a visual learner, so watching video is important since it really helps me know what to do. Repetition is important. It helps me to see what the right play is [on the ice].”

The best part of playing with the NTDP, though, is the feeling that he gets every time he pulls the USA sweater over his head.

“It takes your breath away. There are no really words to describe how much it is an honor to wear the jersey every day,” he said.

“It’s just something so special,” he said. “You truly are representing your country against other countries. The work that you put into the game and the practice you put into before that game to get ready and battle, and hopefully, win against those teams is something you can’t describe.”

This could be why one of his favorite memories from this year is the team’s first international tournament. 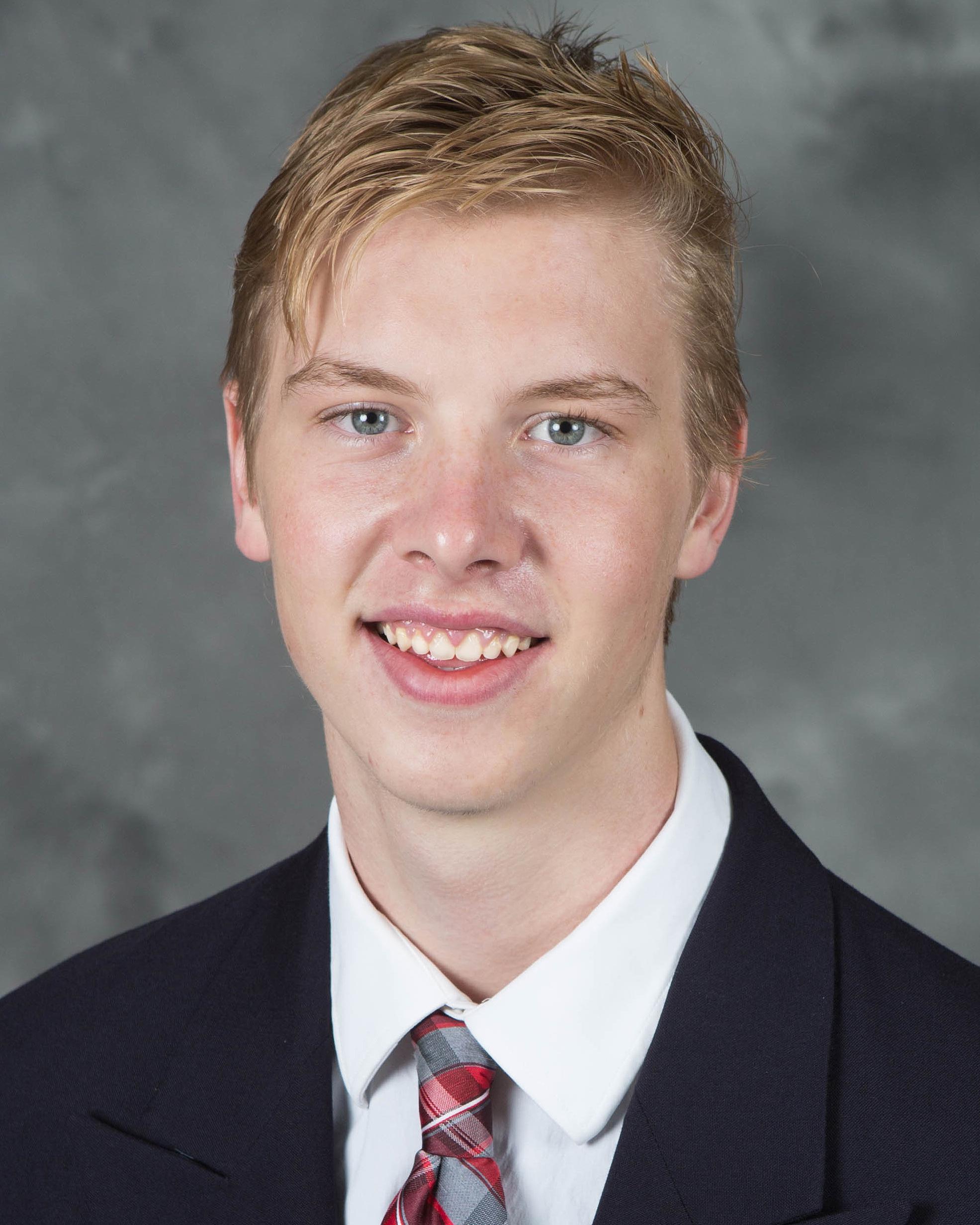