NTDP Defenseman Trains with NHL Stars Over the Summer 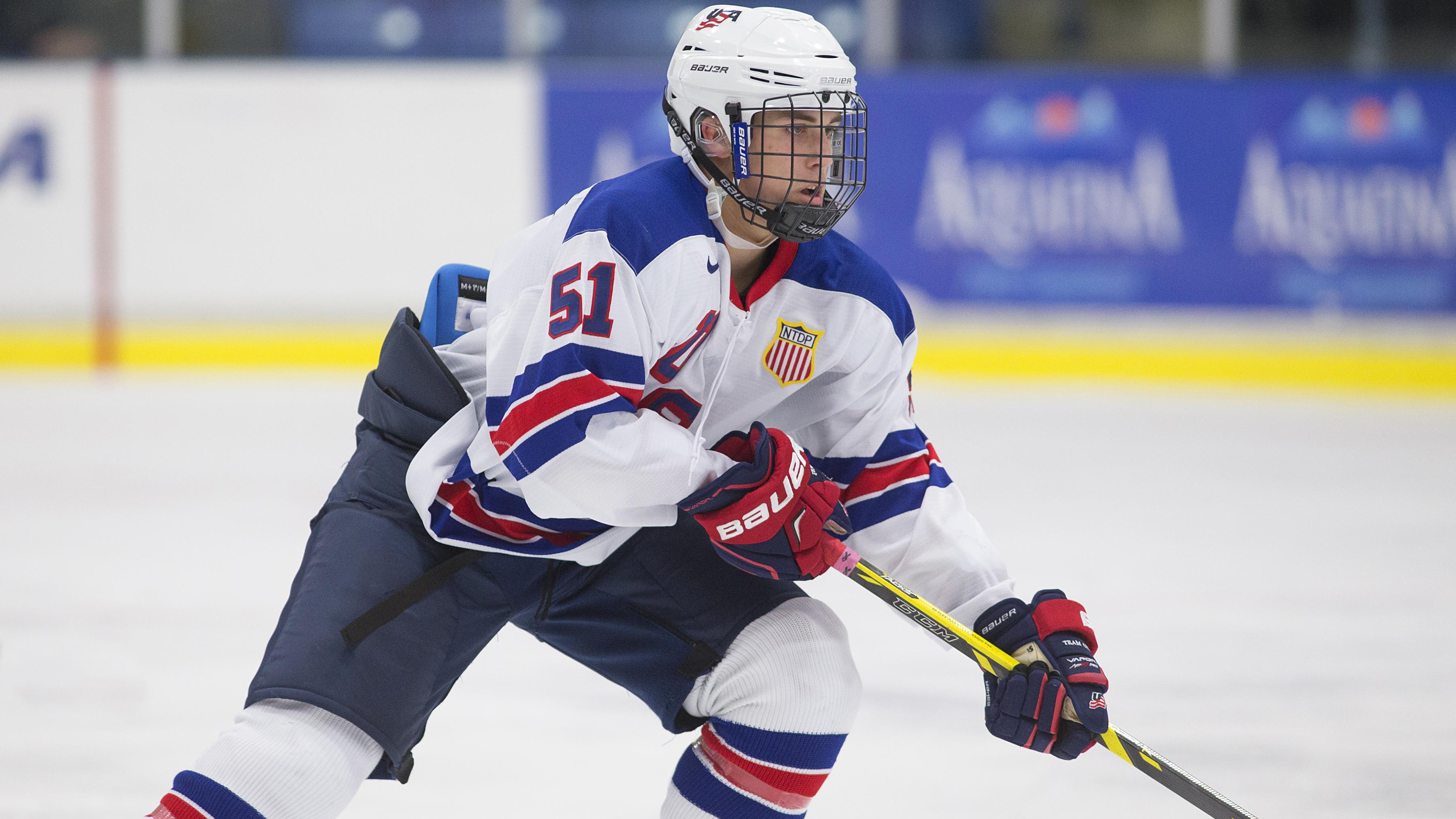 “Rochester Institute of Technology is about 20 minutes from my house, so I will work out there,” the 5-foot-10, 191-pound defenseman said. “I skate with Ryan Callahan and Brian Gionta. We get a bunch of guys together and do 3-on-3 skates or drills.”

Working out with NHL stars is both invigorating and enlightening.

“They don’t talk much,” Farrance said. “Rather, you can see how hard they work, whether it’s in the weight room or on the ice. It shows you how hard you have to work to get to the NHL, so that helps. Obviously, that is my ultimate goal.”

That goal started when Farrance first picked up a hockey stick at age 3.

“I started playing because my dad built a rink in the back yard that I went on when I was a little kid,” he said. “My whole family was into hockey. We would always go skating, so it was just something that I wanted to do.”

Although he played baseball growing up, he ultimately was drawn to pursue hockey because of its speed and action.

“It’s not like baseball where you have to stand around sometimes,” he said. “Rather with hockey, you are always doing something.”

This past season marked the first time Farrance focused exclusively on hockey, and he enjoyed it.

“I like it a lot that I can only focus on hockey,” he said. “You don’t have to worry about the other sport. For instance, in baseball, I would need to focus on my swing but also focus on my skating in hockey. It’s nice to just be involved in one.”

The decision to join the NTDP was an easy one for Farrance, although the move was a transition after playing for Victor (N.Y.) High School and the Syracuse Jr. Stars midget minor program last year.

“Moving away from my family and getting used to new people and living in their house is difficult, but it has turned out pretty well,” he said.

Seeing his game improve throughout the season has helped Farrance power through the hard times. One of the most effective drills, Farrance said, is named after former NTDP defenseman Zach Werenski (Grosse Pointe, Mich./2013-14), although it’s something of a love-hate relationship.

“If I had to say I didn’t like a drill, I would say it would be the Werenski drill,” Farrance said. “It’s a 2-on-1 drill. You get frustrated when you keep getting scored on.”

Still, he credits the drill for helping him improve.

“It helps since it’s over-speed,” he said. “The forwards come down at you pretty fast. It’s game-like for sure. You have to play it like a game, and clearly it helps you in those situations.”

Farrance, who had eight goals and 23 points in 52 games during his Under-17 season, said his favorite memory was scoring against Russia during the Five Nations Tournament at USA Hockey Arena.

“Scoring the goal to tie Russia 3-3, when we were losing 3-1 - that was a really good feeling, even though we ended up losing,” he said. “That was a great feeling and really cool.

“I’m pretty sure that I was not the only one to get goose bumps when everyone was chanting USA. I had to settle myself down a little bit because of how cool it was.”

Wearing the USA sweater, especially in international play, always brings out those emotions.

“It’s a great feeling every time,” he said. “It’s not like anything else — you get to wear the USA logo on your chest. It’s not like putting on a regular jersey.

“It’s a game you circle on your calendar when you are going against Russia, Canada or Sweden, or another country. You really don’t want to lose those games for your country.” 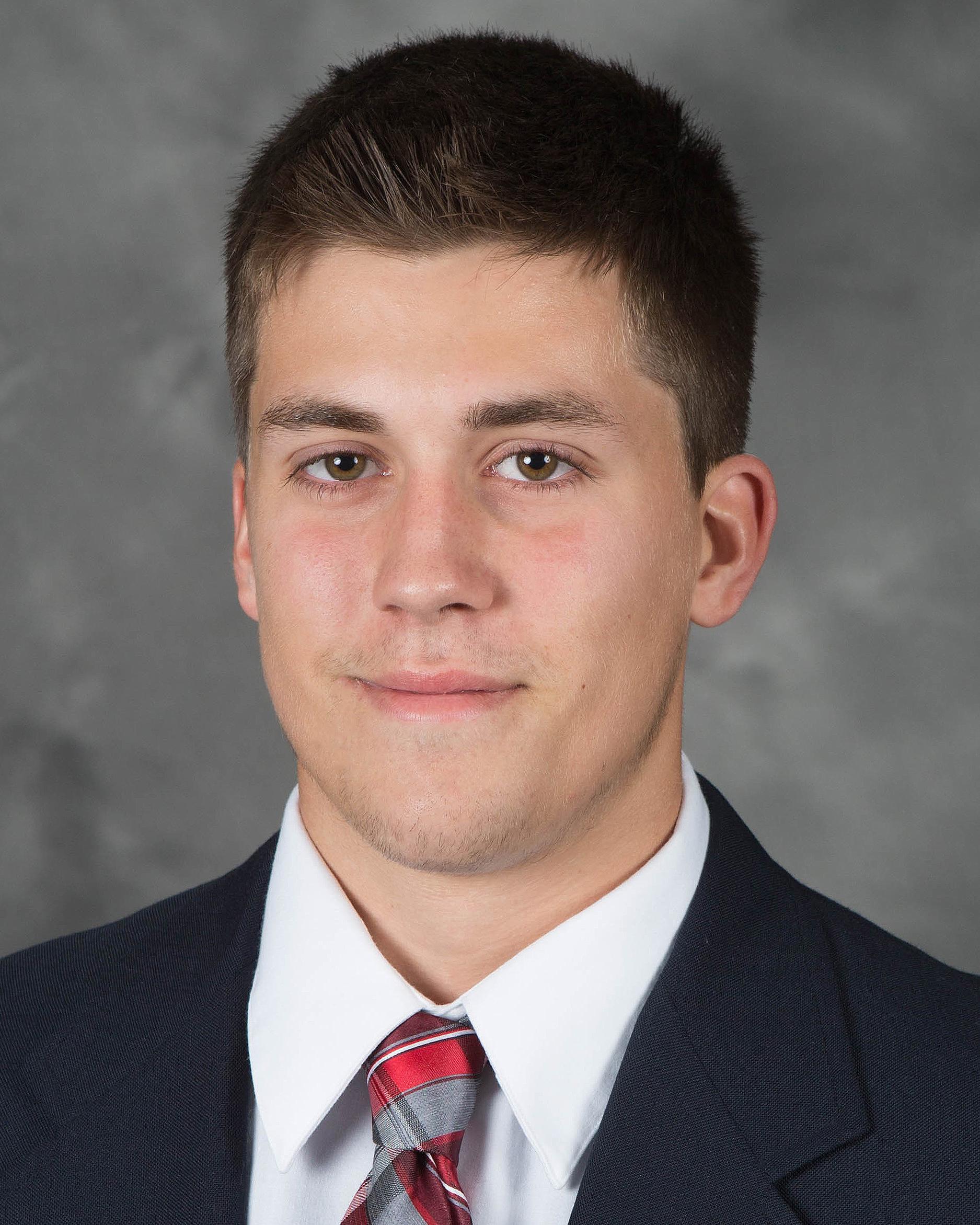