Through Injury Struggles, Hutsko Turned to His Mom 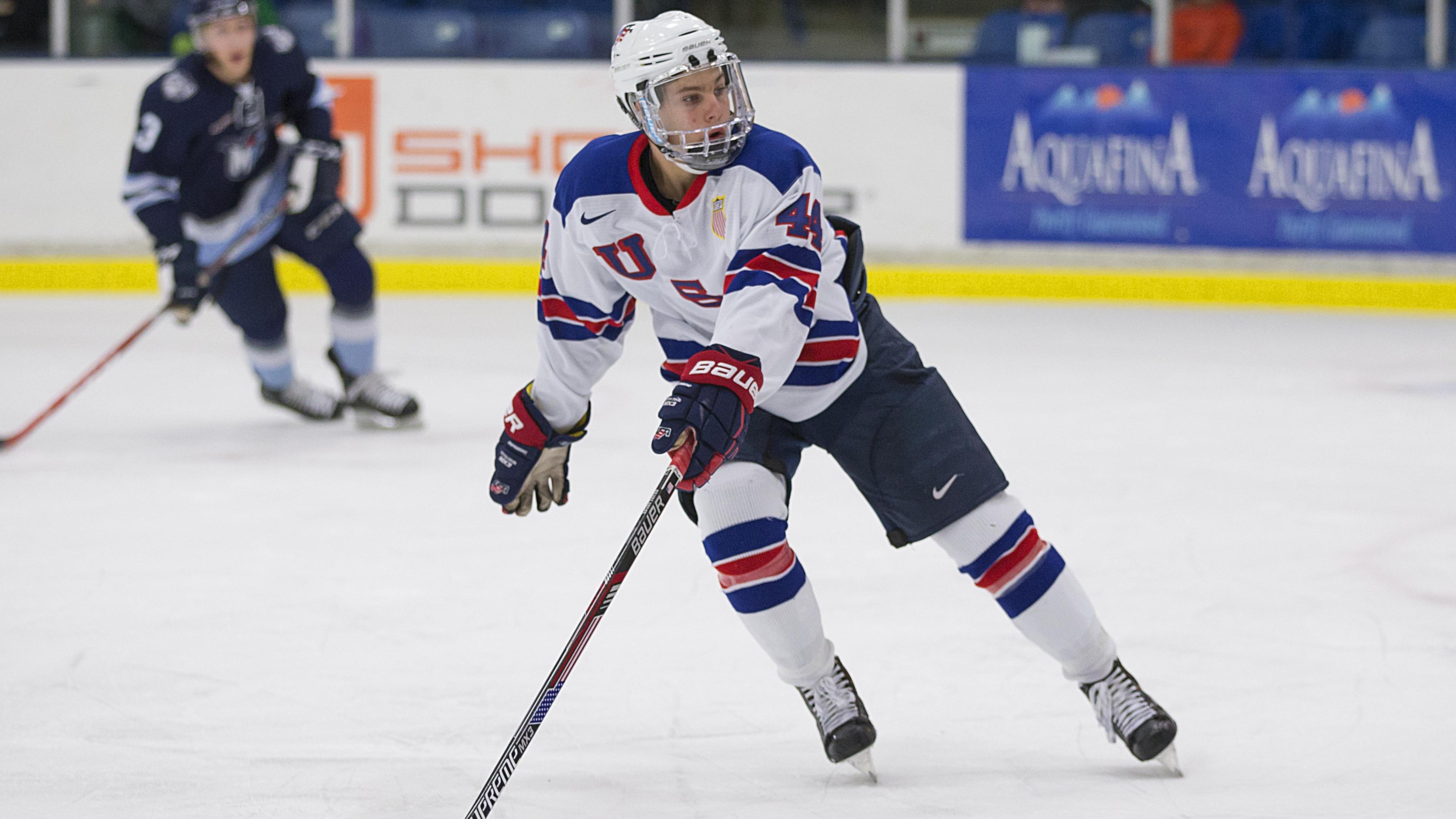 When Logan Hutsko broke his neck and missed much of his Under-17 season with USA Hockey's National Team Development Program, one person was always there to motivate him and lift his spirits: his mom Jill.

“I wouldn’t travel on the weekends, so my mom would take me to the movies or we would go and do stuff around town to help me take my mind off not playing hockey,” he said. “She would cook me my favorite foods and we would rent movies. She would help me to focus on the positive things and the things I can do, such as watching film.”

Having mom around was especially nice for Hutsko after the North Caldwell, New Jersey, native spent the previous three seasons living in Minnesota while attending Shattuck-St. Mary’s School.

“My mom ended up moving out here [to Michigan] from North Caldwell, New Jersey, since I have been away since eighth grade,” Hutsko said. “She wanted to be with me for my last two years of high school. She has been very helpful, especially with the kind of year I have had.”

“It’s been pretty tough this first year,” he said. “I broke my neck. It’s hard enough to be here and try to get better every day because you feel once you get here, you feel like, ‘I’m not as good as I thought I was.’

“When you break your neck, and you sit there and see everyone else around you get better, you are like, ‘Wow, I’m just sitting here not doing anything, and what will happen when I get back? I will be so far behind.’ That was the toughest part.”

Hutsko was able to get back, though, and he ended his season on a high note with three goals in the season finale, an April 9 road game against the Youngstown Phantoms.

“My mom was in tears after the game,” he said. “To have that as a last game, especially after the year that I had, it was really cool.”

Hockey has been a big part of Hutsko’s life since he was 3 years old.

“One day, my dad [Todd] was working and he brought home tickets to a hockey game,” said Hutsko, who lived in Pittsburgh at the time. "He offered to take my mom, but she told him to take your son since he has been bothering me all day.”

Todd agreed to take his energetic son for one period, but they ended up staying for the whole game.

“Between the second and third period, the mini-mites came out, and I told my dad I wanted to do that,” Hutsko said. “He was like, ‘OK, buddy,’ and told me that nobody learns to skate when they are that young, since he didn’t really realize what it was. He was a football player in college.

“Some guy tapped my dad on the shoulder and told him there is a learn-to-skate program here, and he gave [Todd] information, and the rest is history.”

Hutsko started with learn to skate and began playing hockey by age 4. After that, there was never a question as to which sport he would play.

“The fast pace of hockey, there isn’t any stopping, you are always on the go,” he said. “I wouldn’t get bored watching it. In baseball and basketball, there is a lot of stoppage. Hockey was always go, go, and I thought that was fun. There is energy in the building.”

Although he got his start at a Penguins game, Hutsko’s main team has always been the Tampa Bay Lightning, since his family is originally from Florida.

“I am a Tampa Bay fan,” he said. “I like the Penguins, but I would always wear my Lightning jersey to the Penguins game growing up.”

His favorite player, Vincent Lecavalier, also was the one who inspired him to wear No. 4.

“I have worn No. 4 my whole life due to Lecavalier,” Hutsko said. “He was my favorite player. This is the first year that I have worn double four (44). I’m hoping to wear No. 4 next year.”

And after his trying season, he’s hoping his favorite number is just one of the positives waiting next year.

“I’m going to work and train hard this summer,” he said. “Plus, I’ll play some golf. It’s my favorite offseason sport. I want to study some video and be able to come back and have a good year.” 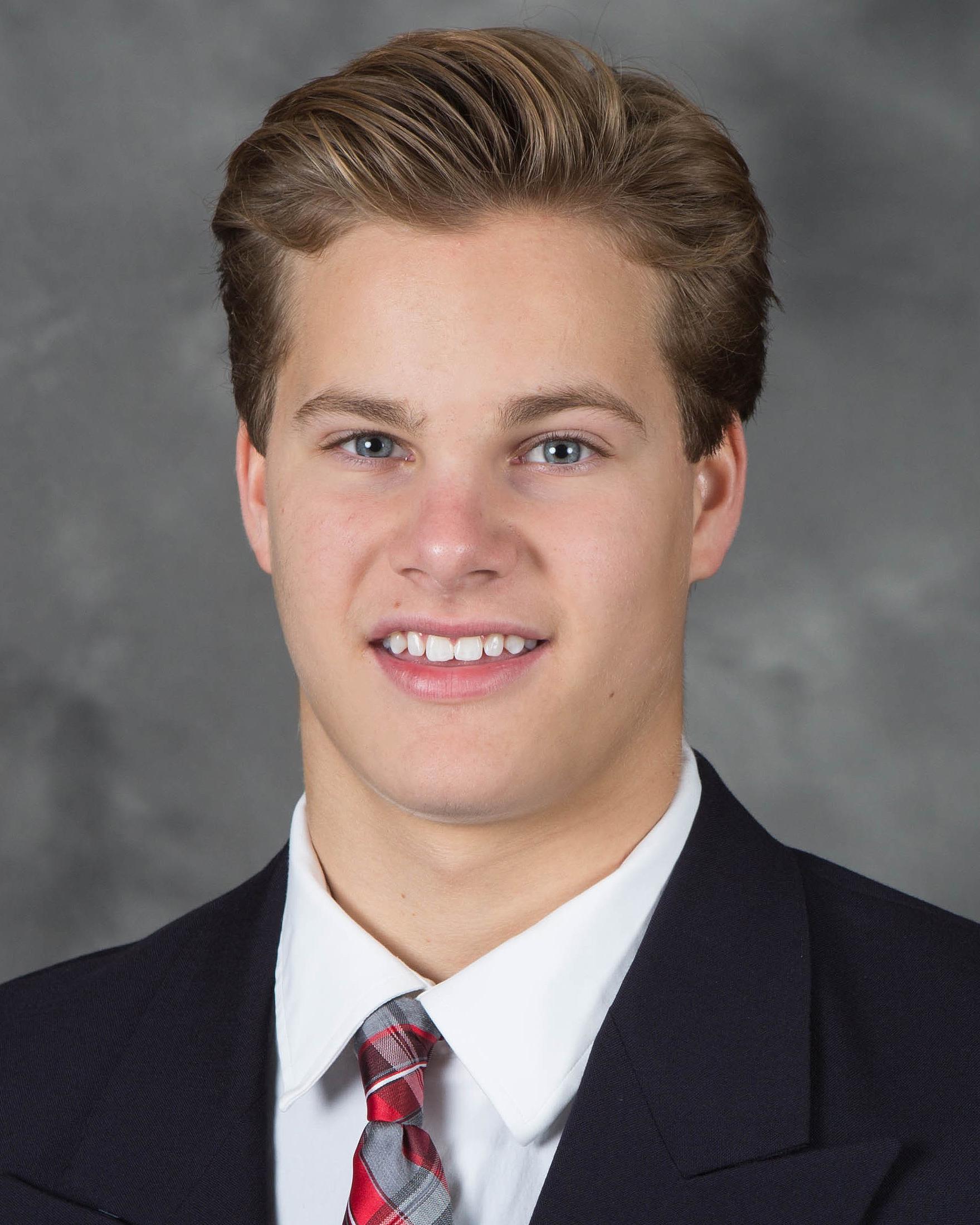 Favorite Activity Away from Rink
Bake and Cook Breakfast