With Season in the Books, Nate Knoepke Eager For Year 2

U17 Defenseman Finished with 16 Points in 58 Games 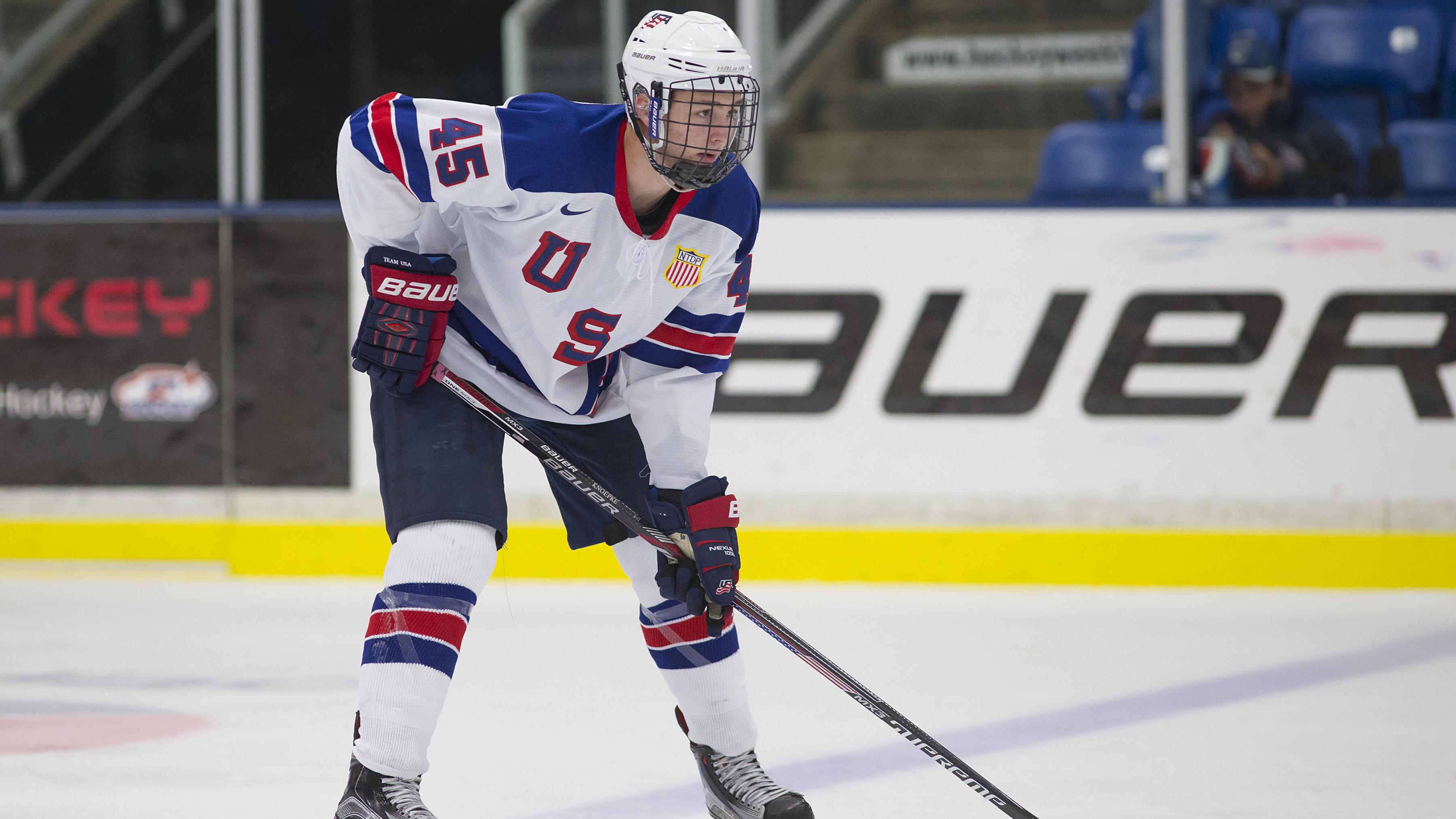 Of all the important lessons that Nate Knoepke can take away from his first year with USA Hockey's National Team Development Program, one especially stands out.

“I think we learned how to fight through and battle,” Knoepke, a 6-foot-3, 191-pound defenseman, said. “We are going to be playing college teams next year, and we need to get bigger, faster and stronger. I think we will need to fight through it and know that we can beat them.”

Growing up in Farmington, Minnesota, Knoepke took an interest in hockey as a kindergartner, following his older cousin Joe Knoepke.

“I got interested in hockey from watching him,” said Nate, who would attend Joe’s high school and later junior games. “My mom’s brothers both played, but my mom and dad never played, but it was kind of in the family.”

Nate Knoepke has settled on the blue line, though it’s still a relatively new position.

“I was a forward up until my freshman year of high school, when I started playing defense,” he said. “I was playing for a new summer team. We went to a tournament and I was awful. When we got back, my coach told me to try defense, and I stuck with that position ever since that day.”

Knoepke was a standout for Lakeville (Minn.) South High School, but even the storied Minnesota high school league couldn’t fully prepare him for the NTDP.

“It’s tough,” said Knoepke, who finished with one goal and 16 points in 58 games. “Coming from high school, you can play against freshmen and they don’t really lift very much. It was a lot faster and stronger this year.”

Being with the NTDP, Knoepke spent more time than ever working on his game, including in the weight room with strength and conditioning coach Darryl Nelson. On the ice, he also credits a breakout drill as being particularly effective.

“It’s good for working on breakouts on the offensive side, and on the defensive side we gap to the rush and then play it back,” he said. “It happens so much in the game that you don’t even realize until they start talking about it. Both the offensive and defensive side of the drill happen so much during games. It has been a big help.”

As he improved on the ice, Knoepke saw his confidence grow.

“In the middle of the year, my confidence was dropping,” he said. “Then it started to go up, and it’s much better than the start of the year. The coaches kept working on everything, and it has made a big difference.”

The first season with the NTDP included several memorable moments for Knoepke, but perhaps none was more memorable than the first.

“The first practice was pretty cool to see the jerseys hanging up,” he said. “In Green Bay for our first preseason game, I think when everyone walked in and it was our first time seeing the game jerseys, and we were in awe. It was pretty special.

“It’s hard to put into words what it means to wear the jersey every single day. It’s been an unbelievable experience.”

That feeling is only more extreme when Team USA plays internationally.

“Playing against the top players on another country, you want to go out and beat that country,” he said. “You always want to be on top.”

Knoepke’s favorite moment in international play came game against Russia on home ice at the Five Nations Tournament, even though the U17s lost 5-3.

“It was just packed at USA Hockey Arena, and they were chanting ‘USA,’ ” he said. “It was awesome. I had chills when we scored the tying goal. I remember when we scored that third goal, jumping into the little pile and I almost jumped over it. I was so happy.” 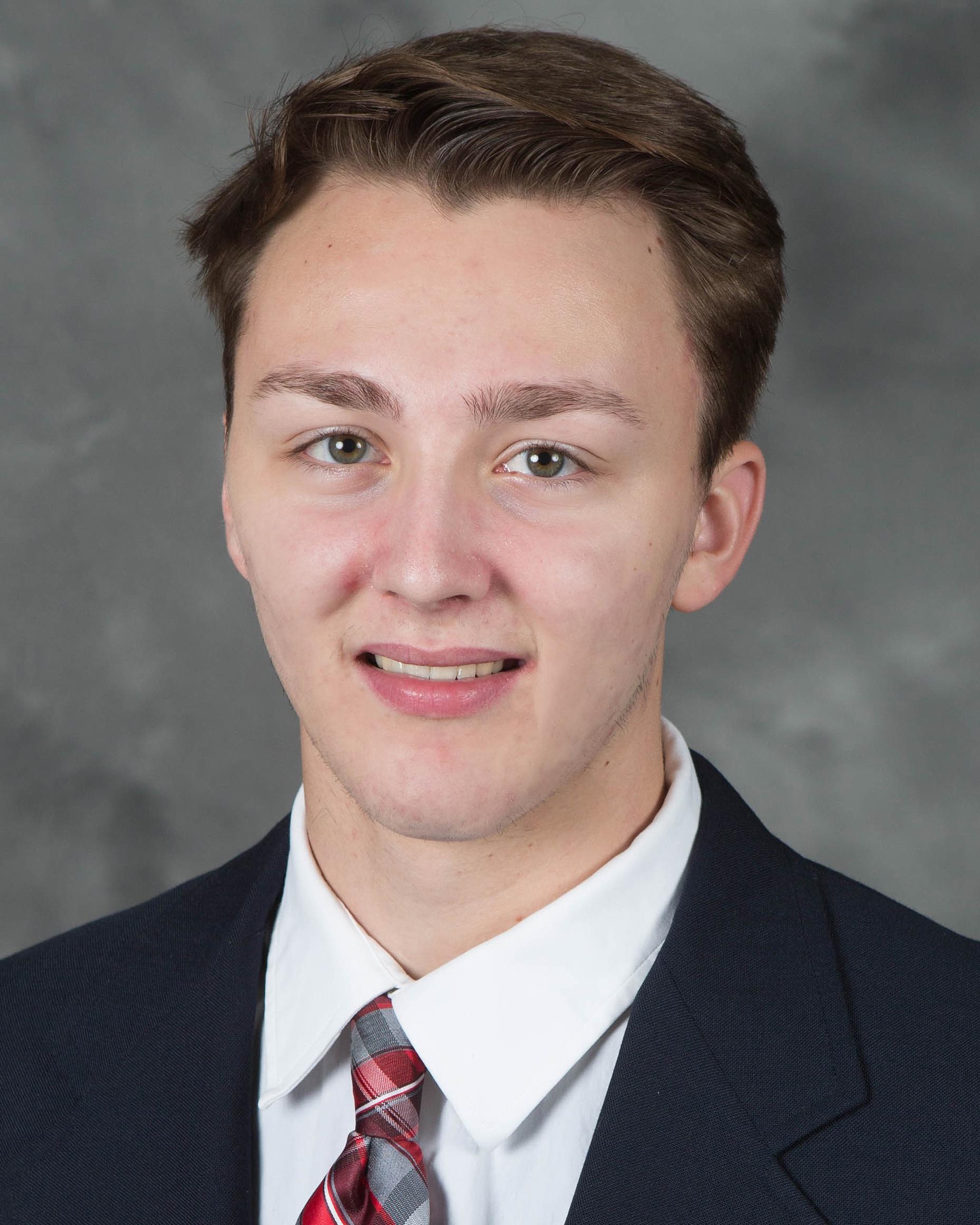