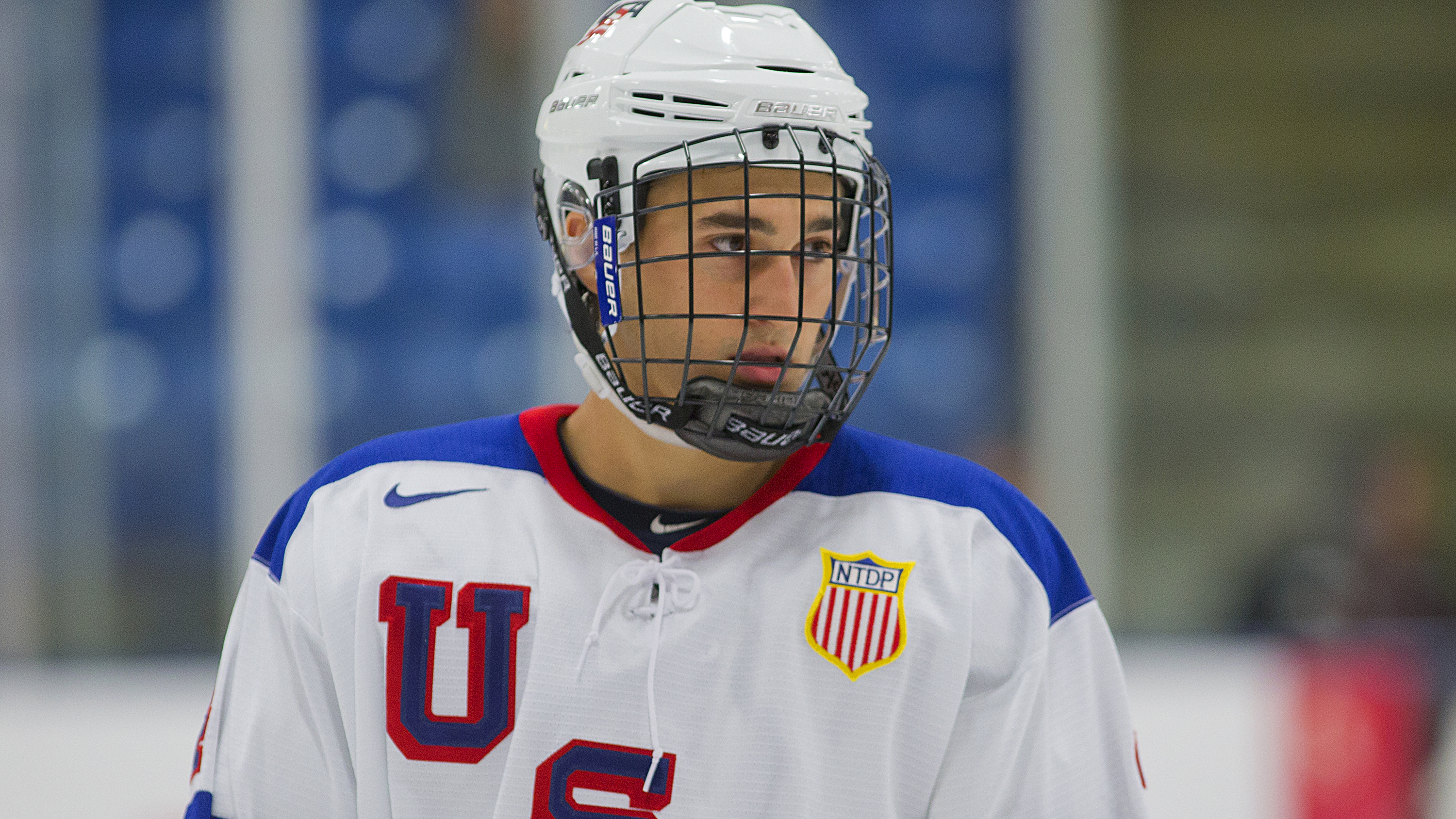 Now in his final weeks with Team USA, Krys could join elite company if he’s able to help the team win another IIHF medal at the U18 World Championship in Grand Forks, North Dakota.

It’s no surprise that Krys thrives on international play.

“You are going to battle for your country,” he said. “When you get to play Russia or Canada or Sweden or Finland, or just about any team, there is a heated rivalry and you want to win. You want to represent your country really well. It definitely amps up the competition.”

When his time with the National Team Development Program wraps up, Krys will look back fondly at his time wearing a USA sweater, especially in international play.

“Every time you get to put it on, especially in those international events, it is very special,” he said. “I think sometimes you take it for granted since you get to wear it every day. I have gotten pretty lucky to wear at a couple of tournaments. It is one of those once-in-a-lifetime experiences.”

The 5-foot-11, 184-pound defenseman hopes to use lessons learned at last year’s U18 World Championship in this year’s event. For example, starting strong is key, especially after Team USA lost its opener to Russia last year.

“Losing that first game against Russia was a tough one,” said Krys, who had one goal and five points in seven games last year. “I think we outshot them like 50-something to 18. I felt like we should have won that game, but it doesn’t always go our way. That was tough, and to rebound like we did and win every game up until the end, that was something pretty cool.”

Last year’s tournament ended when Team USA’s Colin White scored the game-winning goal in overtime in the championship against Finland.

“That was awesome,” Krys recalled. “I remember it was in overtime, and I had just gotten off the ice and I was gassed. It’s our seventh game and it’s in overtime. I go to sit down just to catch my breath, and all of a sudden I look up and we score. Everyone is jumping up and I’m like all right, we did it. That was something really cool.”

Last year’s U18 World Championship experience was valuable, and so was the experience at this year’s World Juniors.

“When you can play with older guys, you can take a lot in and learn from them and the coaches and learn about the process,” Krys said. “Being able to see all the guys who I played with on the Under-18 Team the year before definitely helped. I was the youngest guy there, but it makes it more comfortable when you have a relationship with the guys.”

Krys, a Ridgefield, Connecticut, native, credits the NTDP’s coaching staff with helping him grow as a player over the past two seasons.

“I think I play a more mature game now,” said Krys, who has three goals and 29 points this season. “Coach [Danton] Cole has had me gear my game towards a more simple game and get me to that next level. There are always bumps in the road, but I think it will be worth it in the long run.”

That next step is heading to Boston University in the fall to continue his hockey career. Krys’ dad Mark played hockey and his mom Stacy played lacrosse at BU.

“Right off the bat, there was always a lot of BU talk in my house,” Chad said. “I didn’t live too far from Boston, so we would go up there on weekends if we had games in Massachusetts. We would go to BU games and sometimes I would get to go into the locker room.

“I have known Coach [David] Quinn for a while now. He went to college with my dad, and I’m very comfortable with a lot of things up there.”

Krys has already skated against his future teammates as part of the NTDP, earning a win in October.

“It was cool to go back to the East Coast and have all my family there,” he said. “I had some friends there who went to the game. For me, that is a comfortable place. I always like going back home.” 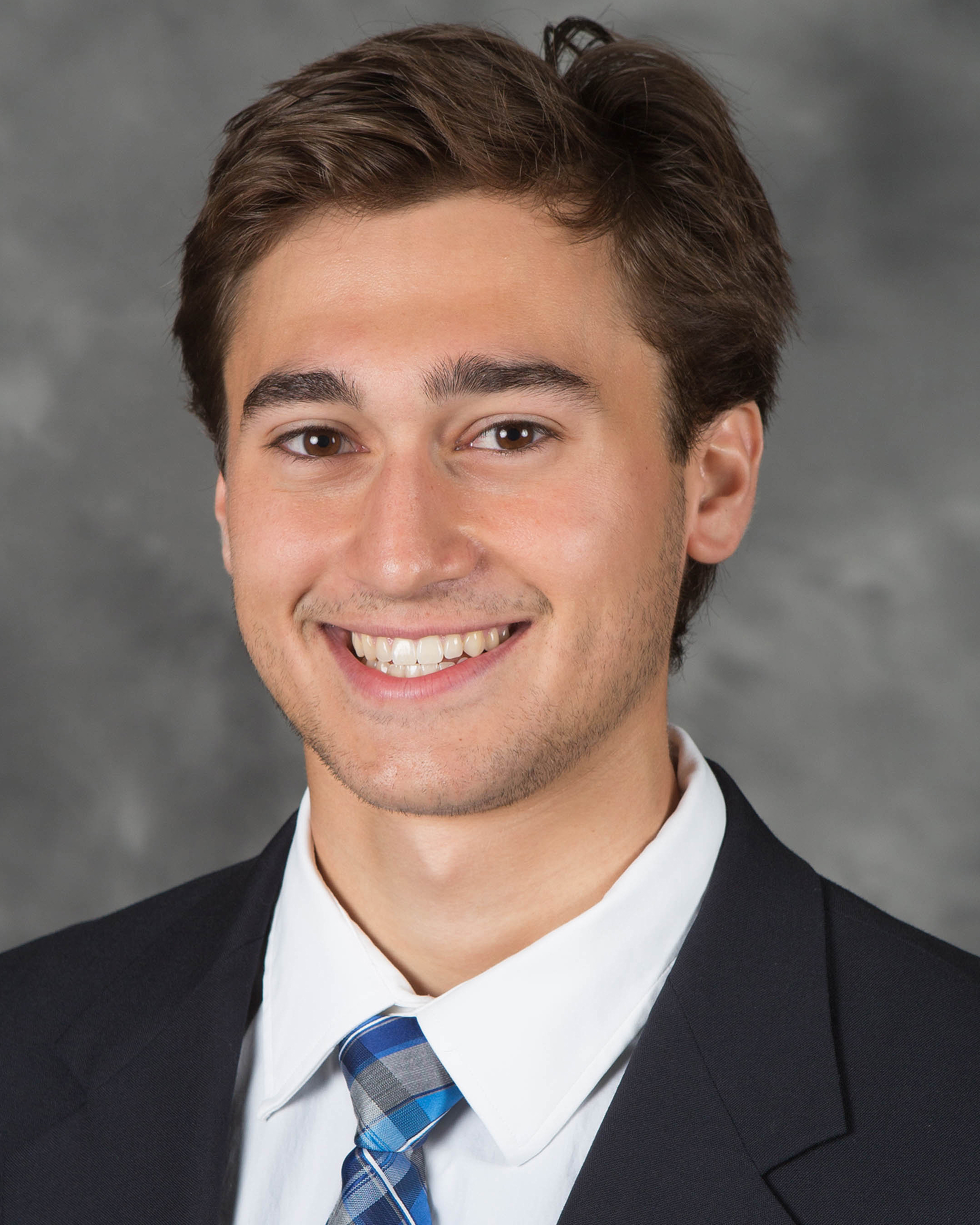 Favorite Sport (Outside of Hockey)
Lacrosse

Favorite Activity Away from the Rink
Golf