U18 Worlds Vet Oettinger is Ready for 2016 Tournament 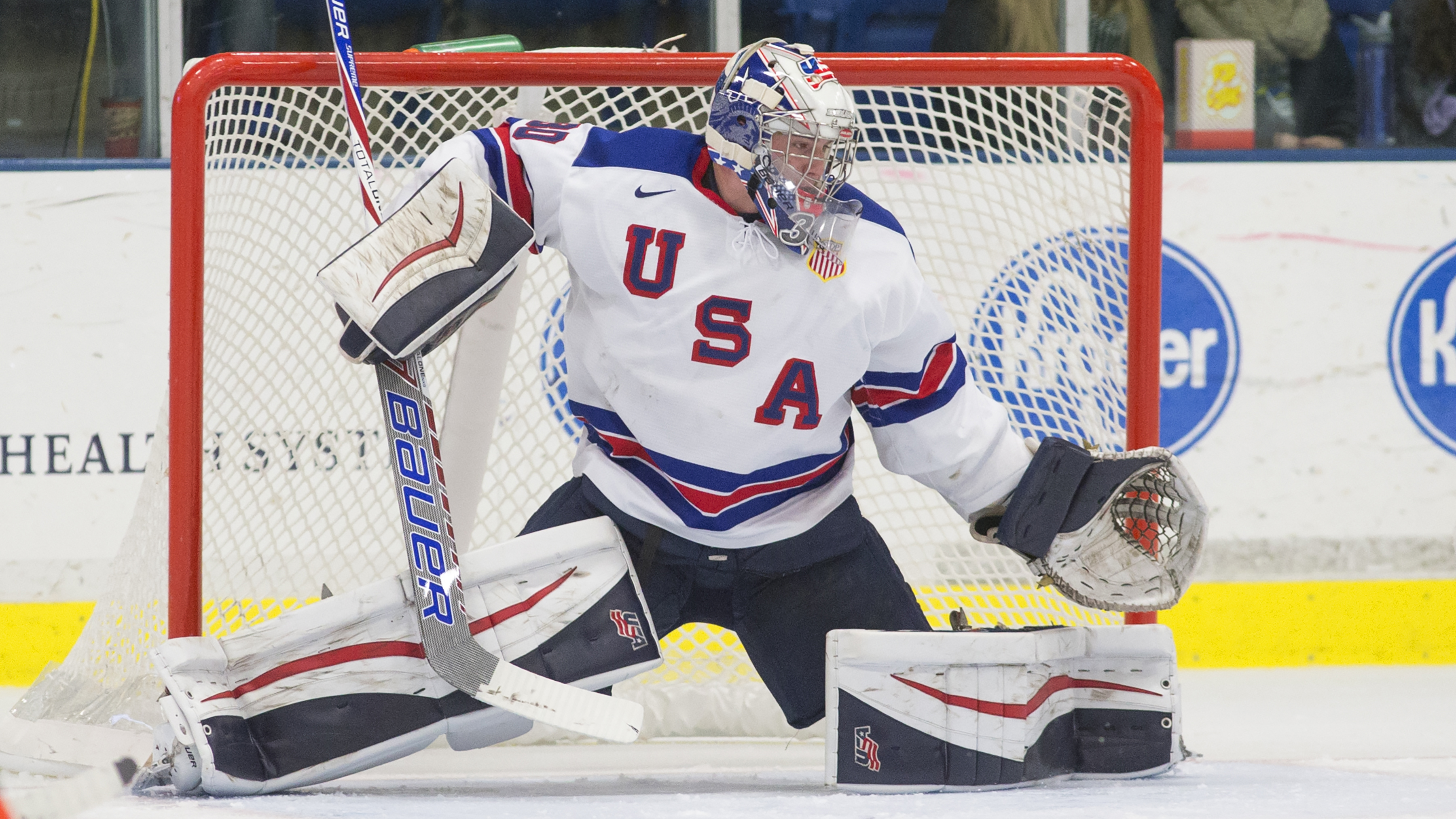 Even as the understudy goaltender for Team USA at last year’s International Ice Hockey Federation Under-18 Men’s World Championship, Jake Oettinger took away some valuable lessons.

Of course, last year’s team recovered from that loss and went on to win the championship.

This year’s tournament will be held April 14-25 in Grand Forks, North Dakota.

“Being able to play in the United States is a huge advantage for us,” said Oettinger, a native of Lakeville, Minnesota. “Everyone is grateful for that opportunity. If you look at the different championships you can win playing hockey, winning a gold medal in front of your home fans and your home country could be really something special.”

With his hometown being only about five hours away and family members living in northern Minnesota, Oettinger expects a hearty cheering section. Roughly 40 people came to watch him play in Fargo last year.

“I know the Oettinger clan will be in attendance for those games,” he said.

As two seasons with USA Hockey's National Team Development Program come to an end, Oettinger took some time to reflect on the journey.

“Right when you first made the team, I think you didn’t really understood how much it meant to play for the U.S. and the country,” he said. “Over these last two years, playing for your country every single day makes you hold yourself accountable. You are working hard because of the tradition of winning that the former players left here before you. Every guy on this team takes great pride in putting in that work and making sure we are getting results.”

The 6-foot-4, 201-pound goalie credits goaltending coach Kevin Reiter for helping him improve on all areas of his game.

“We do a ton of movement stuff right away. Doing that movement stuff has helped me become a better skater, and I think if you can stay on your feet as much as possible during games, you give yourself the best opportunity to be in the right position to make saves. Being able to become a better skater has allowed me the best chance to stop the puck.”

Plus, he gets to practice with and against elite players every day.

“Being able to practice with the types of players we have here every day — you are taking breakaways and shots from potential first-round draft picks — is a huge help for me,” he said. “Kieffer [Bellows] has the hardest shot; he has a quick release and a hard shot. If I were to combine speed and accuracy with shot, I would have to go with Graham [McPhee]. He has a sneaky wrister up close that he can put where he wants it.

Oettinger will continue his hockey career at Boston University. He already played against his future college team, stopping 41 of 45 shots in a 7-4 win for his U18 squad.

“It was really special and fun,” he said. “One of the cooler parts was when they announced our starting lineup in front of the fans, they all cheered for me, Clayton [Keller], Chad [Krys] and Kieffer. It shows how dedicated their fans are, as they know the future of their program. That was extremely special. To come out of there with a win was a treat. It was fun.”

The college choice was easy for Oettinger, even if it met he was moving farther east from Minnesota.

“When I first met coach [David] Quinn, he was really the type of coach that I wanted to play for in college,” Oettinger said. “Getting to know him and the rest of the coaching staff since I committed last June has really been a treat. Just the way he treats his players and cares for his players is something I am extremely excited to be a part of.

“I wanted to be in a big city and being in Boston, which is one of the best sports towns, and being on the coast and we are close to so many things and the fact that BU is a really good academic school, it really tied the whole thing together. It’s going to be a great fit for me and to step in at one of the top college hockey programs in the country is going to be great. I’m excited.”

For now, Oettinger is working on creating a few more memories with Team USA.

“The friendships that I have been able to make since playing here; these guys are going to be my best friends for my entire life, maybe even groomsmen at my wedding,” he said. “The relationships and connections is something that is really special.” 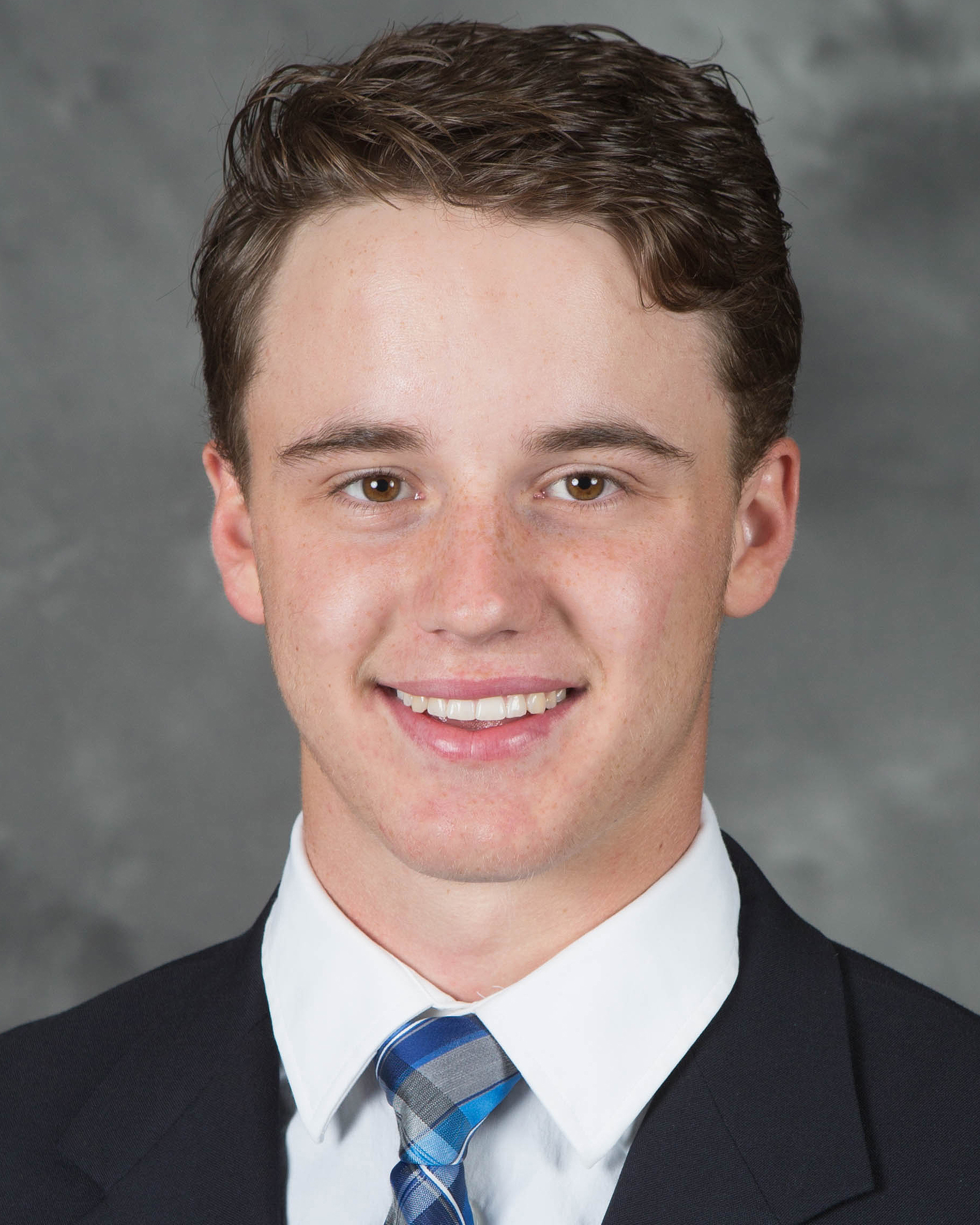 Favorite Activity Away from Rink
Golfing with Friends