Video Sessions Have Helped Hellickson Grow as a Player

U18 Defenseman has Improved Defensively in Second NTDP Season 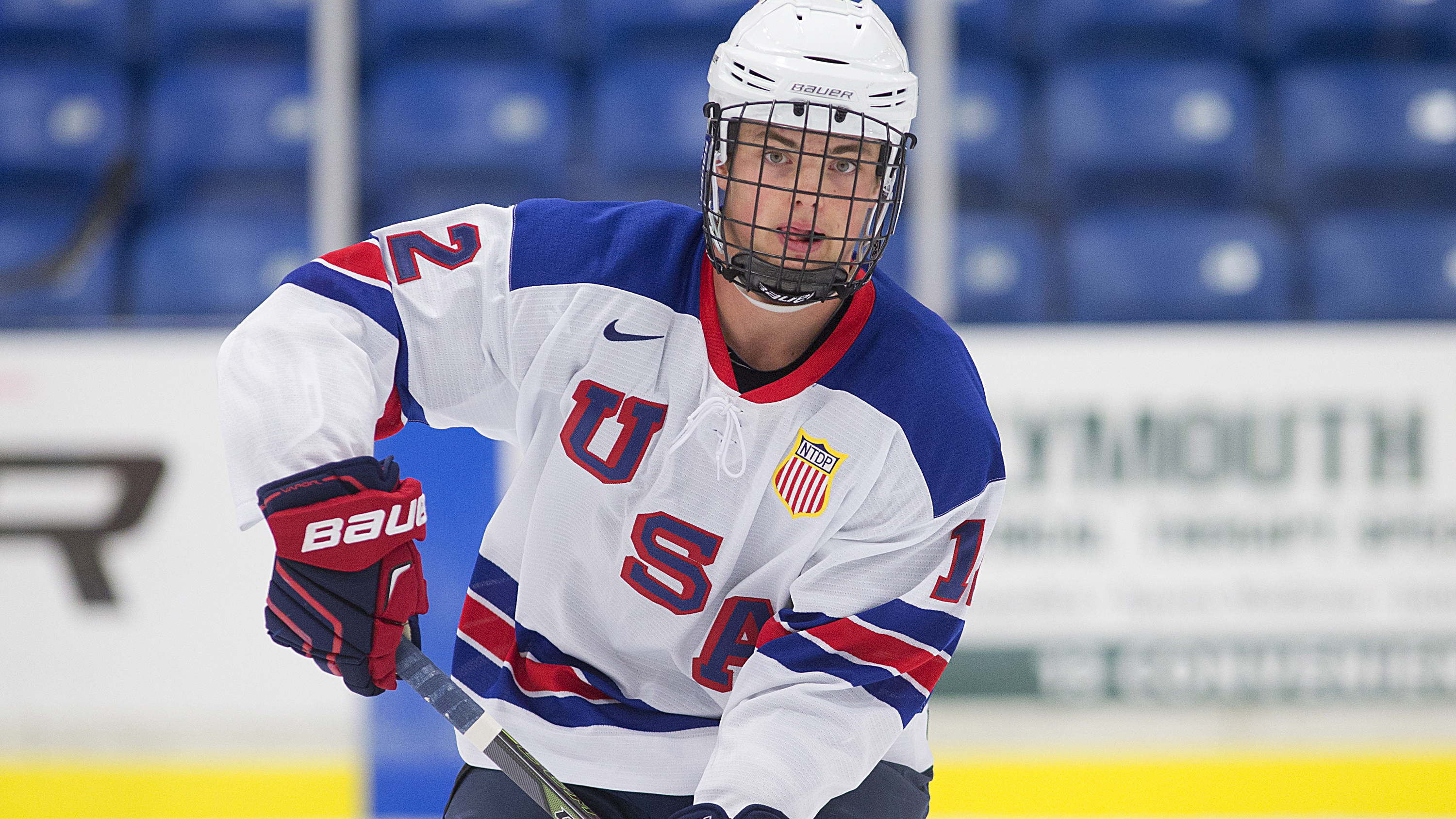 Matthew Hellickson revels in spending time in the film room. But unlike other teenagers, the U.S. National Under-18 Team defenseman isn’t watching Hollywood blockbusters. Instead he’s watching himself, and pinpointing areas where he can improve on the ice.

“After I watch video, I see what I did wrong and I talk to the coaches and see how to do it right,” Hellickson explained. “Then I’ll bring it into practice and do what I saw on video in practice. Obviously, once you get it down in practice, it just flows into the game.

That extra practice has helped Hellickson make substantial improvements from his first year with the National Team Development Program, especially on the defensive end.

“I’m learning when to recover and the smaller parts such of how to play good defensively right off the face off and working on my gaps,” he said.

Hellickson, who has 12 assists in 54 games, also credits U18 assistant coach Chris Luongo with helping him in his development.

“The most important stuff overall is just being strong mentally and … we have learned how to stay focused for all three periods,” Hellickson said. “If something bad happens in a game, we need to know how to keep an even keel. You can’t let yourself fall off mentally.

“The Tim Taylor Drill is awesome. It’s learning how to be gritty and get position and work ethic. If you are not working harder than the other guy, then you will lose the game.”

Hellickson, a 6-foot, 177-pound blue liner, plans to continue his hockey career at the University of Notre Dame next season.

“I like the coaches a lot; they are all good guys,” he said. “Education has been a big thing for me and my family, so that piece of Notre Dame helped a lot. Obviously, the hockey is one of the best. I thought it was the best combination of hockey and education.”

He already has an idea of what to expect next season after Team USA and Notre Dame skated to a 2-2 tie back in October.

“I remember those guys being so much bigger than we were,” Hellickson said. “It was really fast and they were really strong. The level of compete in the college games is something I really noticed.

“I think it will help me for next year, knowing that I have been there before and we have had success in playing those teams. It will help me transition easier.”

For now, the Rogers, Minnesota, native has other goals in mind, namely the International Ice Hockey Federation Under-18 World Championship next month in Grand Forks, North Dakota.

“My family will be able to come watch me play since it is about four hours from my house,” he said. “The pre-tournament camp is in Blaine [Minnesota], which is about 10 minutes from my house. It will be exciting.”

Hellickson is most looking forward to playing on home ice.

Hellickson knows what he and his teammates need to do in order to have success in international play based on their win at the Five Nations Tournament last November in Switzerland.

“I’m pretty comfortable where our team is at now,” he said. “I think the biggest thing we need to do is stay focused and not let anything distract us. In practice, we need to keep in mind our goal. As long as we keep that in the back of our mind, it should influence our decisions. We know what we have to do — we just need to do it.

“We have to focus on a positive. Whether it is for the whole team, when we watch video, or in practice, we need to bump the guy on the shoulder and say good job. It’s the little things that will make a difference.” 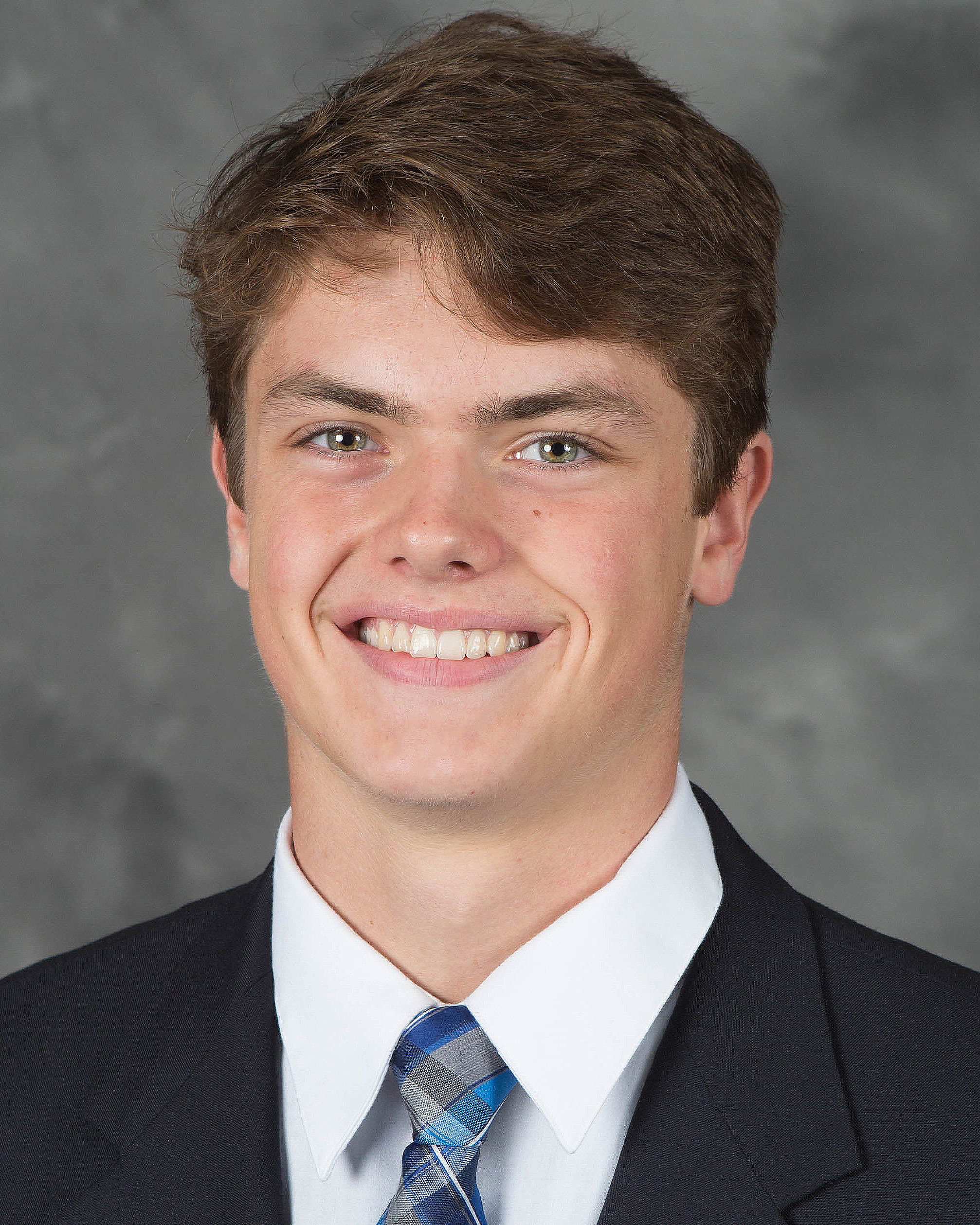