J.D. Greenway Makes a Name for Himself at the NTDP

J.D. Followed His Older Brother Jordan to the NTDP 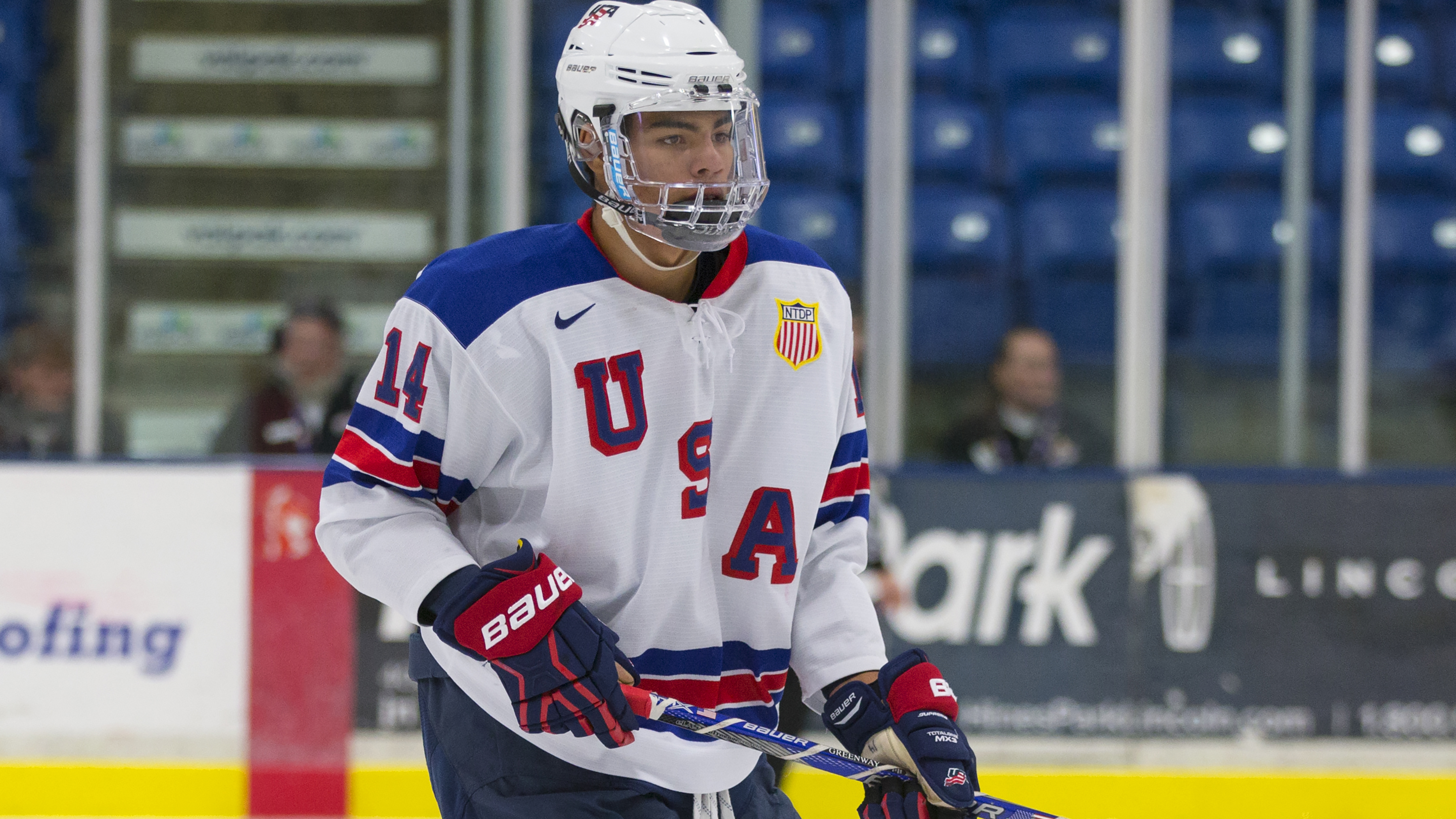 Family pride was on the line when J.D. Greenway, a defenseman on the U.S. National Under-18 Team, played his older brother Jordan Greenway’s Boston University team on Oct. 16.

“I have some bragging rights,” boasted J.D., following his team’s 7-4 win.

Jordan, who played for the National Team Development Program from 2013-15, wasn’t necessarily having it.

“He didn’t like that,” J.D. said. “We got the win. I tried to joke with him after the game on the ice and he kind of skated away. He was definitely upset, but he doesn’t hold grudges.”

J.D. followed Jordan to the NTDP; however, the brothers from Potsdam, New York, haven’t played on the same team in years.

“It was fun,” J.D said. “I spoke with him before the game. We kind of joked around with each other about who was going to win. I don’t think I played against him competitively in years.

“It was just a good experience. Playing against him was fun. I enjoyed playing that game especially, compared to all the others.”

J.D. Greenway is enjoying his final season with the NTDP. He credits the team’s chemistry for their turnaround from the first season.

“Being together through all last year and again this year, you get a feel for where they are going to be on the ice,” he said. “It’s been a great transition. Last year, we didn’t do so well. We figured that college games would be a struggle for us [this year]. We held our own against college teams, and we have done great in the USHL games. It has been a great transition.”

Greenway and his teammates are finding ways to win the close games, which is something they struggled with last year.

Greenway also credits the games against college teams for boosting the team’s development. That has shown in their 11-5-1 (W-L-T) record against college opponents this year.

“I think playing those college games really helps in all areas,” he said. “We are playing against guys who are older than us, by up to four or five years. They should be stronger and a lot more skilled. They have been playing the game for a lot longer. For us to come out with a win, it definitely boosts our confidence. It’s fun.”

In addition to the win against BU, Greenway’s other favorite memory this season was winning the Four Nations Tournament in Switzerland this past November.

“That was our first international tournament win,” he said. “It means the world when you are wearing the jersey and playing for my country. Right now, it’s a dream come true. It’s all I could have asked for. I wouldn’t trade it for the world.”

Now Greenway and his teammates are eying another win in their final international tournament, the IIHF Under-18 Men’s World Championship next month in North Dakota.

He expects the previous experience in international play will help Team USA.

“Playing in those games against the other countries, it gives us a feel for what we are going against coming into the main event in April,” he said. “That is probably the biggest thing. Obviously, they are not the exact same players and they will not play the exact same game. At least we can get a feel and know what we need to work on as a team. It helps us out.”

When he hangs up his NTDP jersey for the last time, Greenway said the biggest thing he’ll miss from his time in the program is the camaraderie between the players and coaches.

“The relationships we have with our teammates and the coaches. They have been great to us,” he said. “They have helped not only my game but everyone else’s game to improve. Being with the team, we have great memories of little things that we will never forget.” 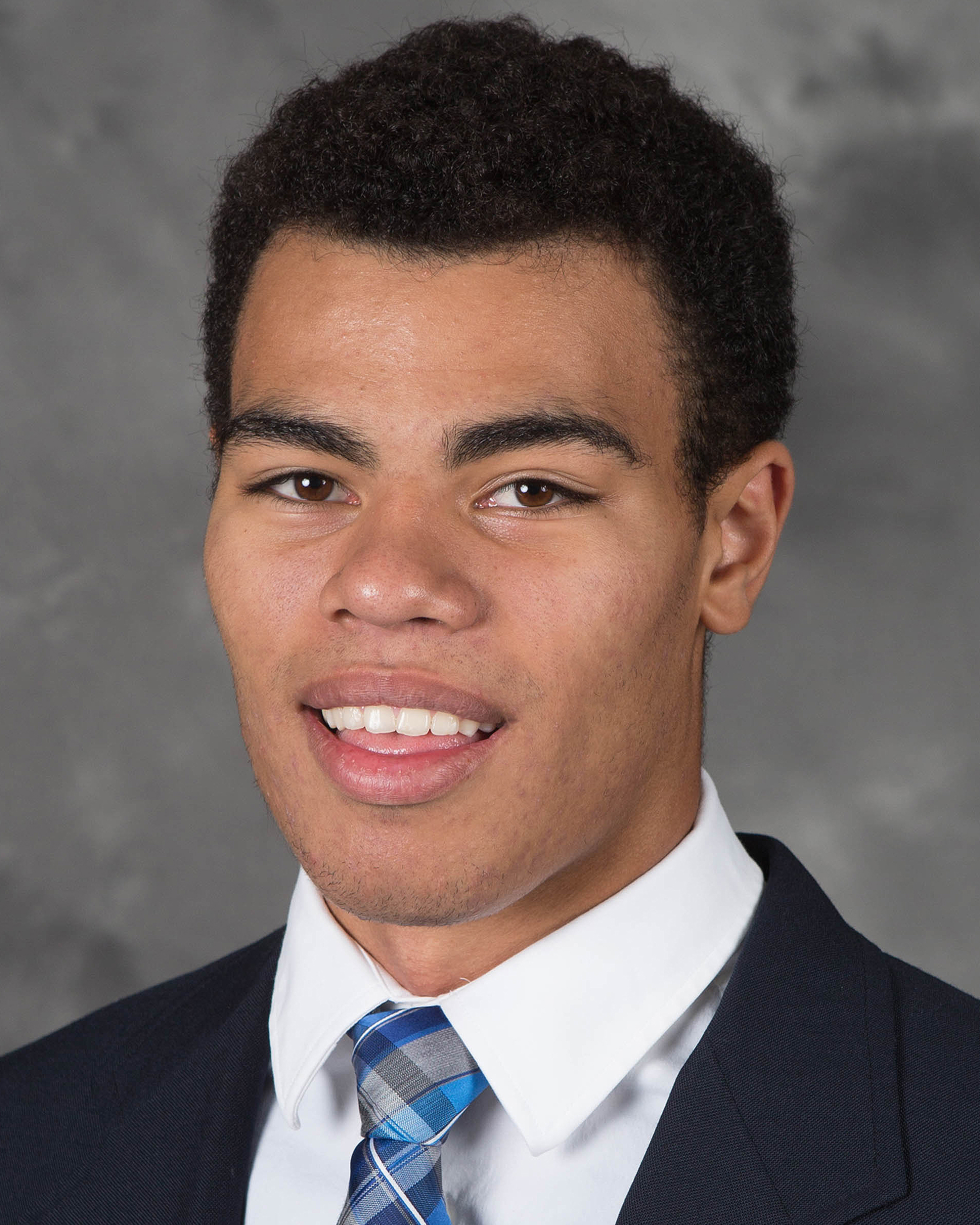