Hughes Dreamed of Playing for Team USA Since He was Young 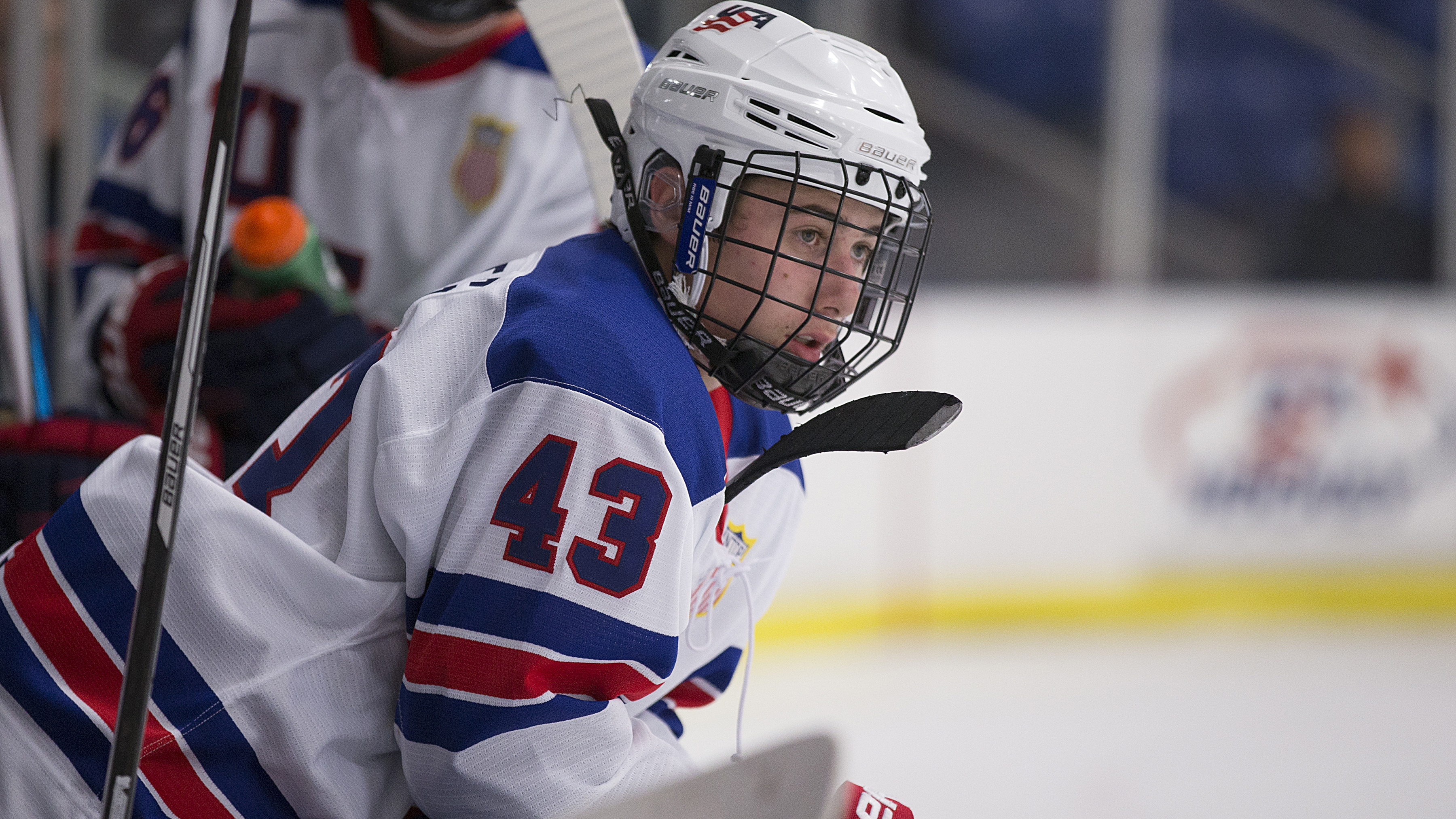 That he found the sport so early was hardly a surprise.

His dad Jim was a four-year letter winner at Providence College and played for Team USA at the Spengler Cup in 1988-89. His mom Ellen lettered in ice hockey, lacrosse and soccer at the University of New Hampshire before earning a silver medal at the 1992 World Championship.

Even his uncle Marty Hughes was a four-year letter winner at Boston College and was a member of the 2001 national championship team, and now Quinn’s cousin Ted Doherty is a senior defenseman for the Eagles.

“Hockey was just in my blood,” said Quinn, now a defenseman on the U.S. National Under-17 Team.

Quinn credits his parents for passing on their love for the sport.

“I really got my love of hockey from my parents,” he said. “My parents were a huge influence. I owe so much to them, both on and off the ice.

“I just can’t thank them enough for all the life lessons I learned. I always remember the car rides home from practice and games. It would be a chance to talk about stuff.”

That guidance from his parents helped Quinn develop into one of the top players in his age group. But for hockey observers, there was much speculation about where he would play.

That’s because Hughes has dual citizenship with the U.S. and Canada, and although he was born in Orlando he’s lived in Toronto the last few years.

Despite the speculation, Hughes said the choice was easy.

“Since I was a young kid, I always wanted to play for Team USA,” he said. “It was important for me to represent my country. It is an honor to represent the USA. I know there are many people who would love to wear the jersey. It definitely means I’m representing something more than myself. It’s been a cool experience.”

Still, the decision to move away from home and join the National Team Development Program came with some sacrifices, such as leaving younger brothers Jack and Luke, who are both burgeoning young hockey players themselves.

“I think they are missing me a little,” Hughes said. “The first month was hard, but I try to talk to them as much as I can. As an older brother, I do hope they can look up to me. I hope I can show them by example what you need to do.”

Hughes will have an excellent opportunity to set an example this weekend, when he joins the U17s at the Four Nations Tournament in Slovakia. He’s eager to have a strong showing after the team’s disappointing finish at the World Under-17 Hockey Challenge earlier this year. After winning their preliminary group, the U17s fell to Sweden in the quarterfinals and then lost to Finland in the placement game.

“I think we need to give our opponents more respect,” Hughes said. “We played Sweden at the U17 Challenge, and they were 0-3. I think we came into that game thinking we were better than they were, and we lost the game. It’s always something that we have to carry with us. It’s something we are working hard on practice and I think we will be ready to go.”

Practice is something Hughes embraces, and the high-level practices at the NTDP were a big reason he decided to join the program. Even though it’s been just a few months, he’s already seeing improvement.

“When you play against the best every day, you are really pushing each other,” he said. “I think we work hard every day, and my goal is to become a more complete player. We watch video and or have a (sports) psych session, it definitely impacts how and what we do.” 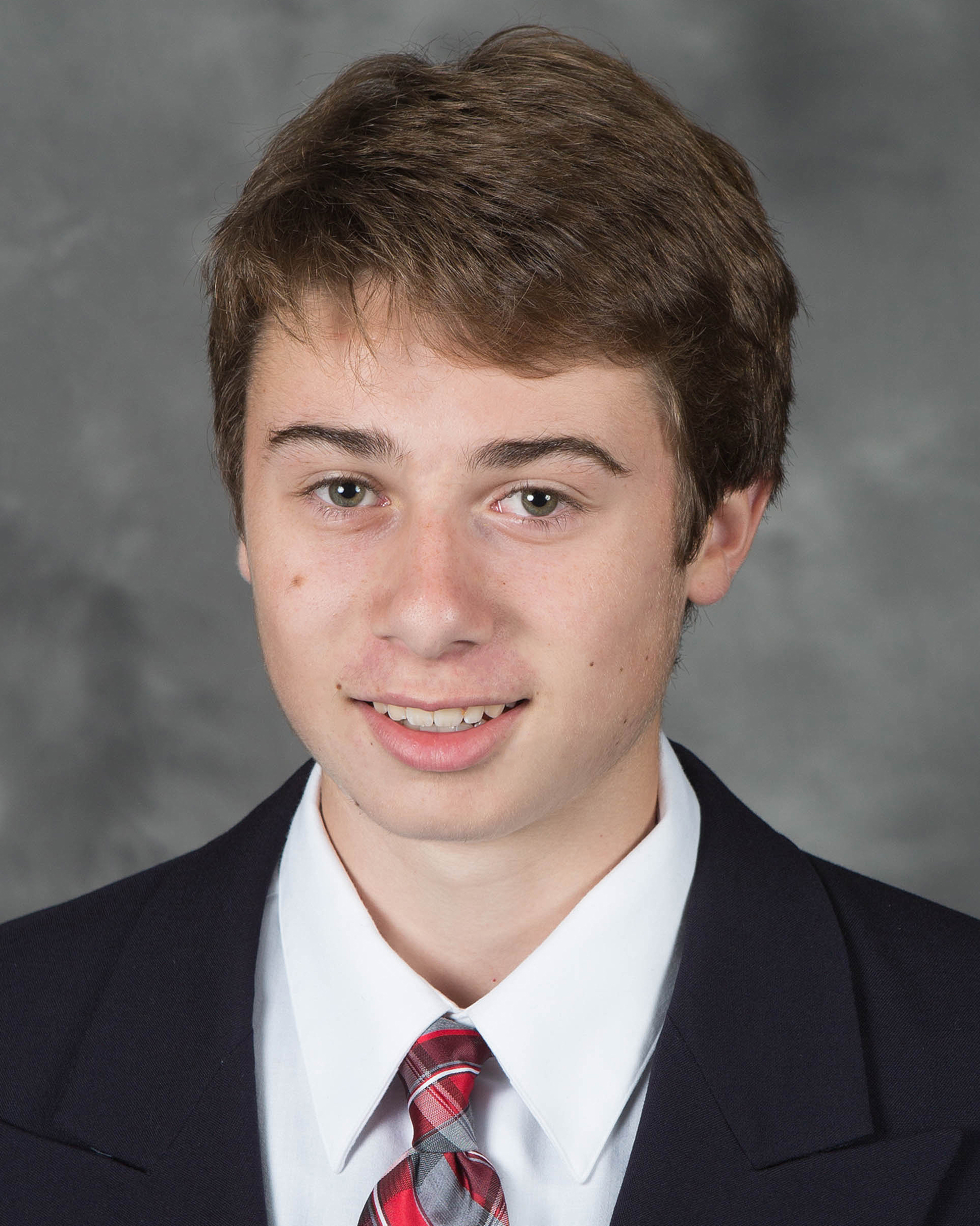