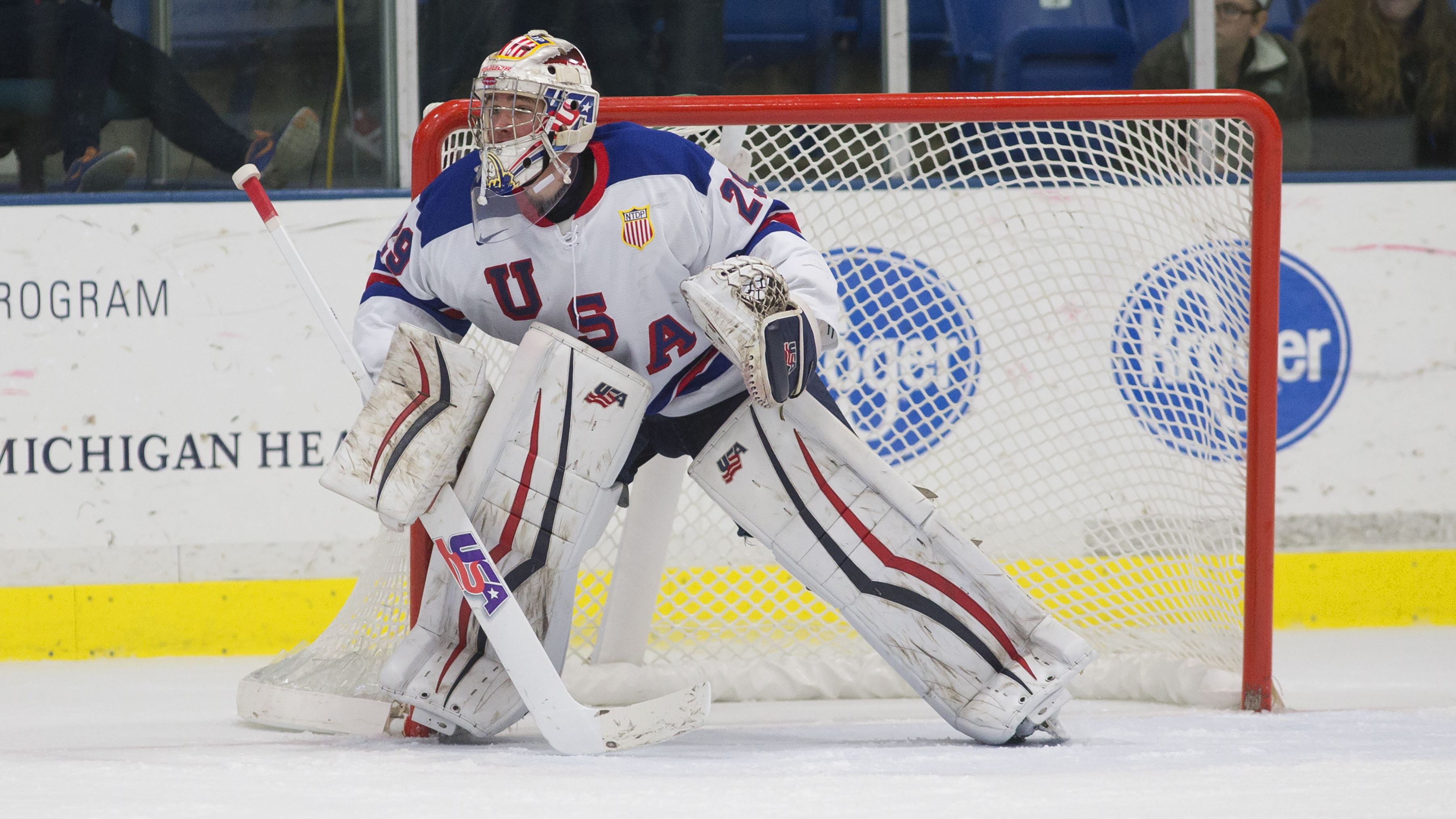 Joseph Woll will never forget it.

The U.S. National Under-18 Team was playing Sweden at the Five Nations Tournament last month in Switzerland. The Americans held a 4-3 lead. Then, with about 30 seconds left, it was a mad rush toward the U.S. goal.

“Sweden had pulled its goalie, and then we got a couple debatable calls and we were down two men; essentially it was a 6-on-3 power play,” said Woll, the U.S. netminder that day. “It was nerve wracking. I had never experienced a 6-on-3 before. I thought we really came together. The guys were blocking shots in front of me, and I could see what was going on.”

The U18s ended up earning their first tournament title in Switzerland, but it was the win against Sweden that really propelled the team.

“It’s an experience I will never forget,” Woll said. “To be able to go overseas and represent the country and bring home a championship — it was special. I know the guys and coaches were proud of what we did together.”

That confidence and trust in each other has played a big role in Team USA’s early-season success, Woll said.

“It’s a team thing,” he said. “We have confidence on the ice. … The team as a whole is more comfortable with everyone. We know we can trust our teammates.

“It’s a gradual process in building that trust. We have become a family as a team. The coaches have definitely helped. We went through some bad times and lost a lot last year. We overcame, made adjustments and it has really helped.”

The 6-foot-3, 196-pound goalie from St. Louis credits the National Team Development Program coaching staff for his development. While he’s improved physically thanks to his work with goalie coach Kevin Reiter, Woll said it’s really his mental improvements that have made the biggest difference.

“It’s my work ethic. I have confidence and trust my team in front of me. That’s the big difference for me,” Woll said.

Woll has always wanted to play college hockey, and he’ll get that opportunity after committing to play at Boston College.

“As kid, it was always my dream to play college hockey,” he said. “It’s surreal. The opportunity to play there — it’s something I never imagined. It’s going to be fun in the years to come.

“BC has a great history, the program and great academics. I liked the fact there is a religious aspect of the school. All things considered, I just felt at home.”

Plus, Woll will have a leg up on some of his other incoming classmates as he was the starting goalie against another Hockey East opponent, the University of Notre Dame, when the Under-18 Team tied the Fighting Irish 2-2 on Oct. 11.

“It was the coolest and best experience,” Woll said. “It will always stay with me. To open the new USA Hockey Arena, it’s something I will never forget. We played a great team, and it was pretty special.

“The development aspect is huge [when we play college opponents]. It’s a great way to discover the pace of the games. I can’t imagine [playing] without the other 21 guys on this team. It’s been great with them.”

Maybe that is why for Woll, there are no words to describe wearing the colors of Team USA.

“There is nothing else like it,” he said. “I know what it is like to represent the country and what works for the other guys on the team. I can’t put into terms. When we go overseas and represent the USA at an event, it’s very special.”

As Woll and his teammates start getting ready for the stretch run, they have one simple goal.

“I think everyone has the same goal: to get the opportunity to go to the U18 [world] Championship and win the gold,” he said. “It’s a goal that everyone else on this team has. It would be the end result of two years of hard work. I just can’t imagine anything else like it.” 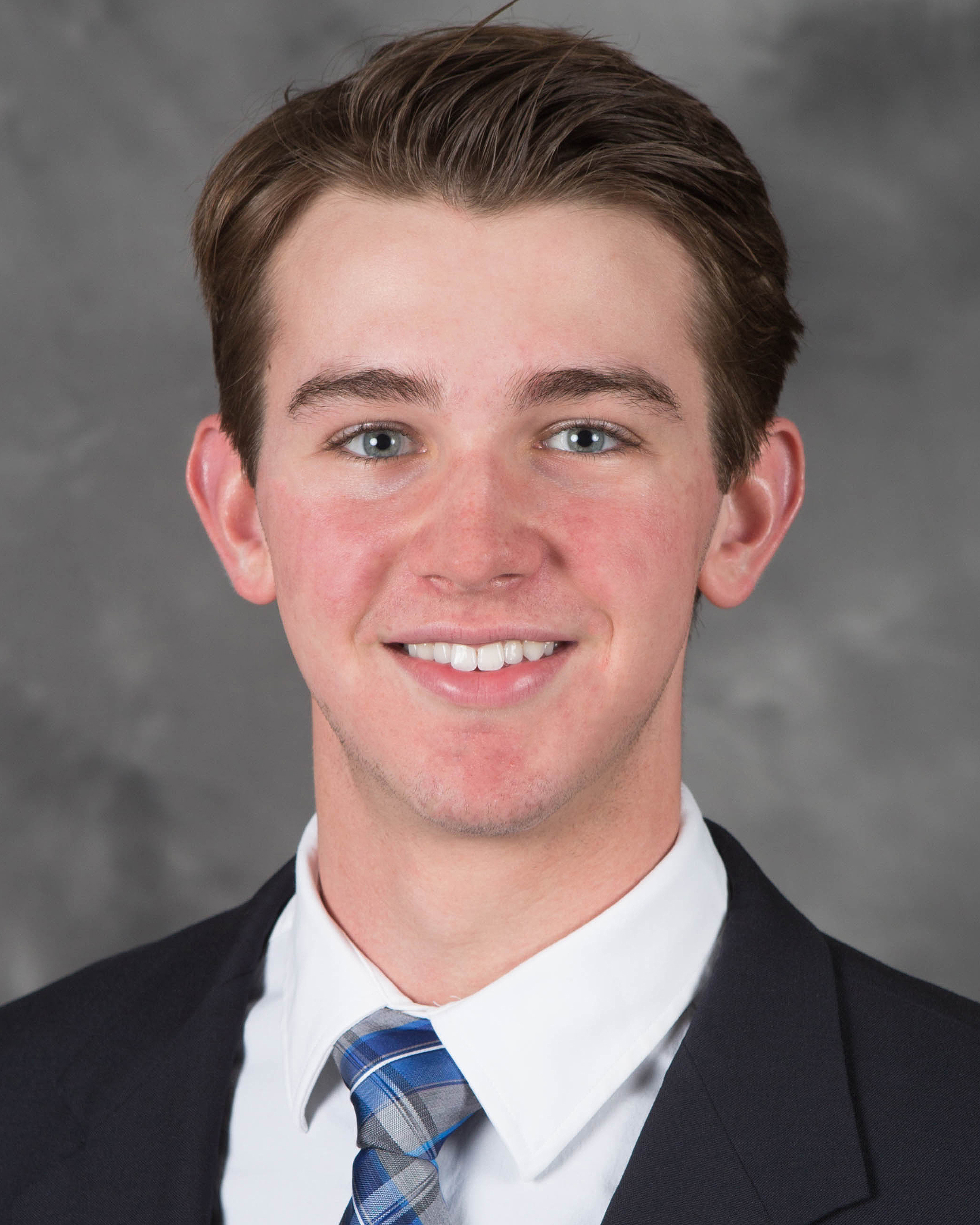