U18 Defenseman on Pace to Surpass U17 Points Total 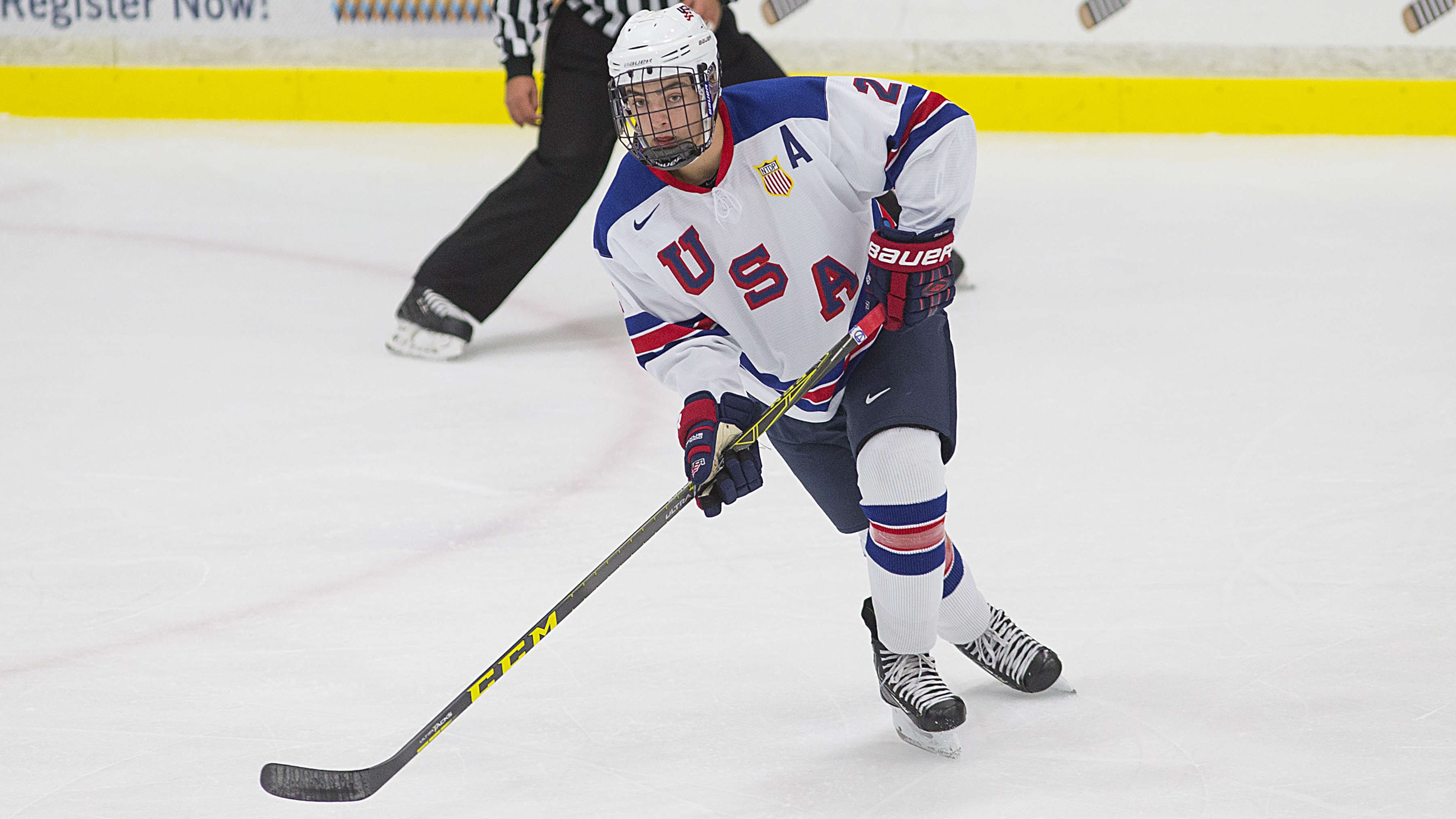 “In the USHL, I have the confidence with the puck,” he said. “Last year, when we would watch the U18s, you could see their confidence. Now you have that edge. Physically we have developed, so we are faster on the ice and we can make plays.

“Plus, we are confident with our teammates. We have been playing together for almost a year. We are getting hot right now. We have figured out how we need to work together and what we need to do to win.”

In 16 games this year, Martin already has five assists after posting two goals and 13 points in 52 contests last season.

“Last year, it was tough,” he said. “Everything seemed fast. Now it has slowed down. I feel more comfortable with the play and with my shot.

“On top of that, I’m practicing against the top 12 forwards each day in practice. It definitely helps, as I know how to defend the guys in practice, and that only helps me get better on the ice.”

The changes for Martin began in earnest last May, after his U.S. National Under-17 Team season had wrapped up and the players began preparations for this season.

“We worked so hard,” he said. “I had 21 guys with me, working each day. Every day was a challenge, but we had to be positive and stay motivated. We could see the end product, especially after last year’s U18s won the world championship. We knew we had to get better every day.

“It was a grind, especially the mental aspect. We knew it would be tough, but we all survived.”

Martin, a St. Louis native, kept up that work ethic over the summer.

“I kept up with the workouts,” he said. “I wasn’t on the ice a ton. It was nice to take a break and then come back fresh. I was excited to get back here and get on the ice for this year.

“I think it was important to relax and enjoy. It’s been incredible being back here. I think we don’t realize how special it is to be here. We go to school and to the rink. After this year, I’m going to miss the little things. It’s the little stuff. This has really been a tight-knit group.”

This confidence was apparent as Martin and his teammates won the Five Nations Tournament in Switzerland last week, finishing with a perfect 4-0 record. Before leaving for Switzerland, Martin said he and his teammates felt prepared to have success internationally this season.

“It’s something that I cherish every day,” he said. “As an 18-year-old, I never know when I’ll get to wear the jersey one more time. I want to live every moment. It’s been an incredible experience representing my country every day.”

When it came time for Martin to decide where he wanted to continue his hockey career after his NTDP play days, he didn’t have to look too far for his opportunity, picking the NTDP’s neighbor, the University of Michigan.

“Academics are important to me and my family,” he said. “I couldn’t find a better fit of athletics and academics than at Michigan. It’s a well-run program, and I’m excited to continue my career there.”

Martin will get an opportunity to play against his future college team on Jan. 21 when Team USA faces the Wolverines at Yost Ice Arena.

“It will be weird,” he said. “We played at BU a few weeks ago, and the players who will be going to BU next year were able to get a win. It would be fun to get a win a Yost. More than anything, it will be fun to play and to compete against my future team.” 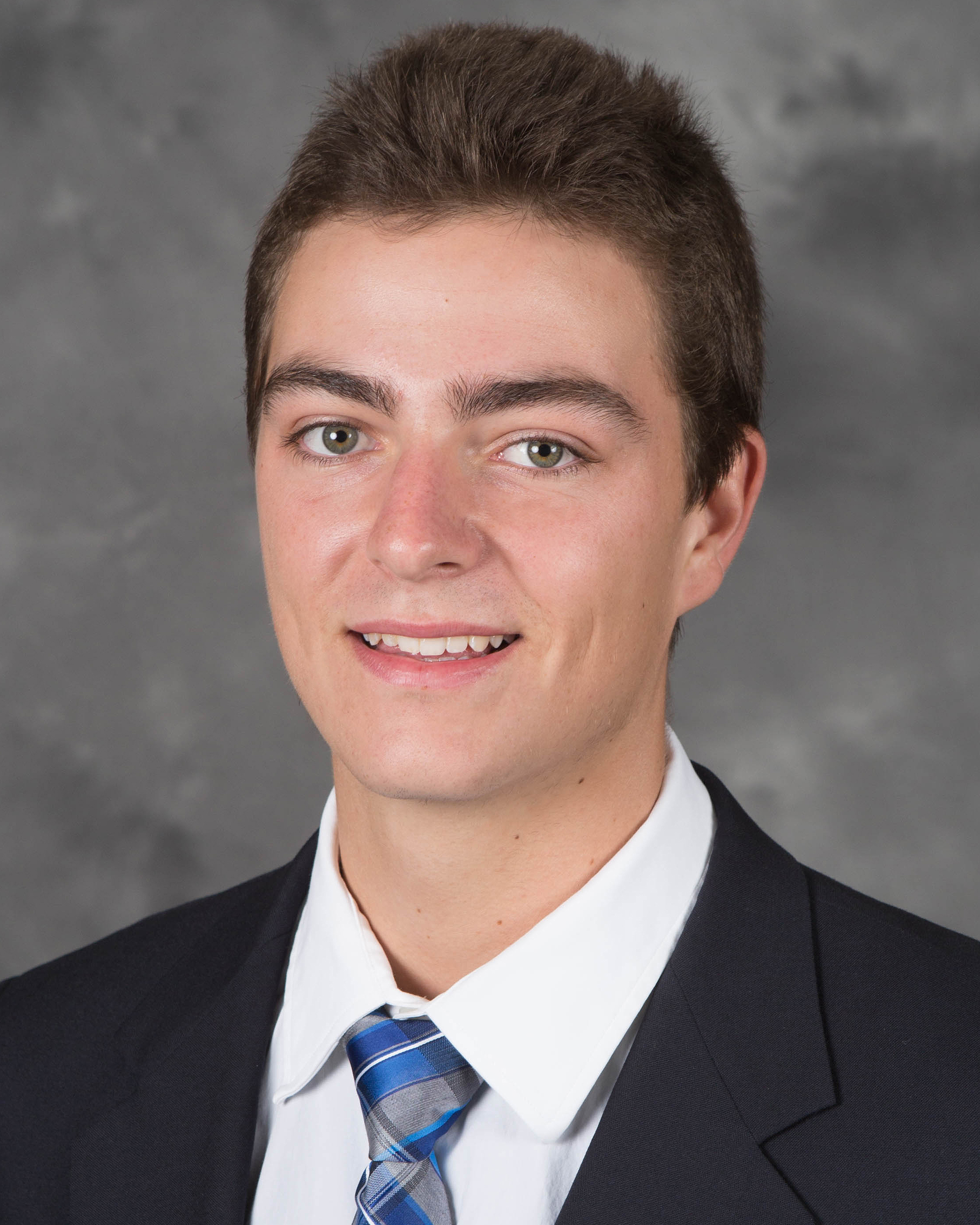