Barratt Learned to Skate from Mom and Learned Hockey from Dad 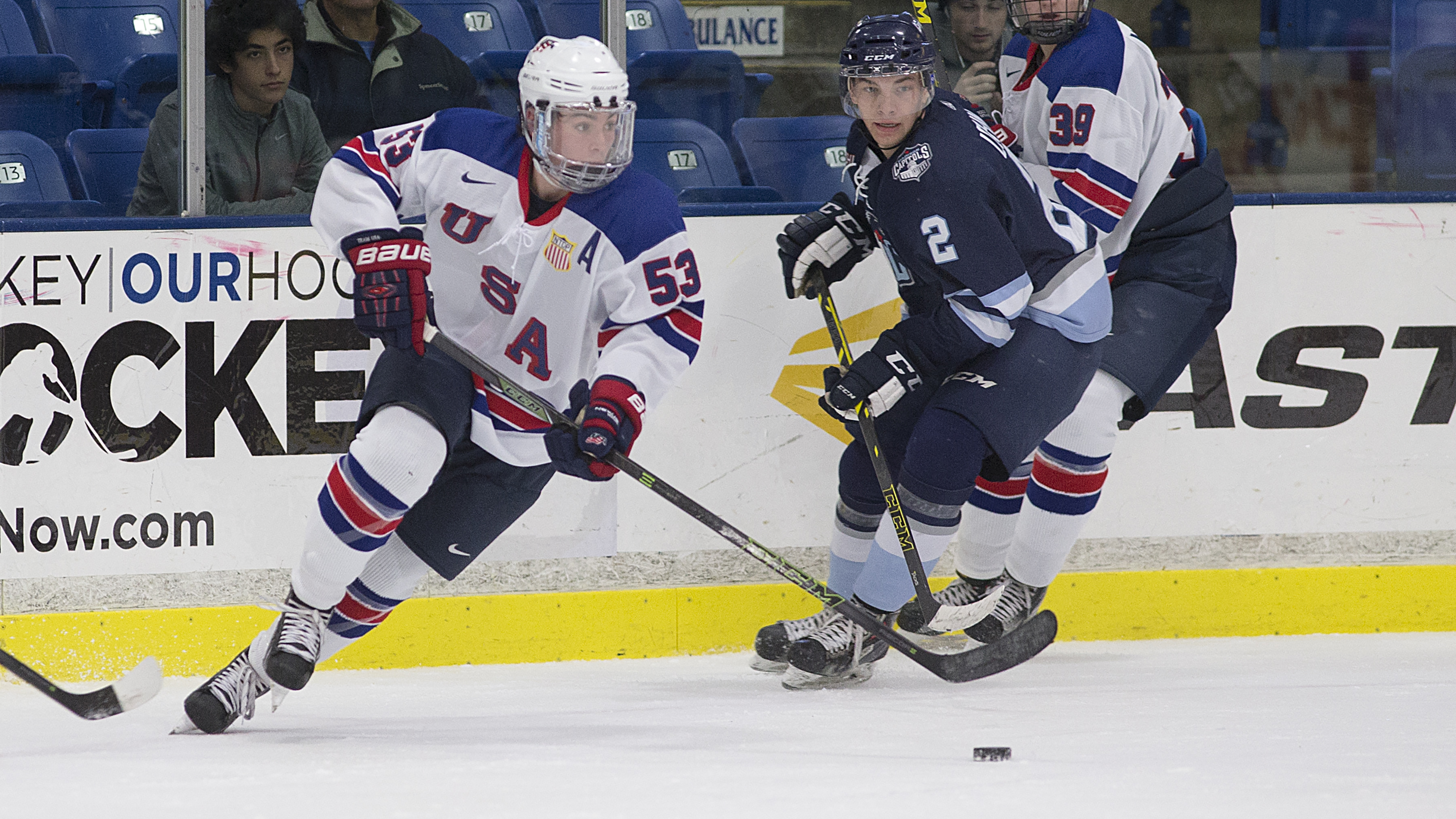 Growing up in Bristol, Pennsylvania, Evan Barratt never had trouble motivating himself to get out on the ice. Both parents worked at the local rink, and he gladly tagged along whenever he had the opportunity.

From his mom, Denise Cattani, he learned to skate. She taught the learn-to-skate program as well as figure skating at the local rink.

From his dad, Jeff Barratt, he learned the game of hockey. Jeff grew up playing hockey in Montreal and passed his love of the sport on to Evan, both as his youth hockey coach and as a fellow Pittsburgh Penguins fan.

Their influence helped Evan develop into a star player for Team Comcast (Pa.), which he helped lead to the Toyota/USA Hockey Youth Tier I 16U National Championship last year. This fall, Barratt moved to Michigan to join USA Hockey's National Team Development Program.

“I went with [my mom] every day to the rink when I was little,” said Barratt, who began playing when he was 3. “I wanted to go out and be with her and always wanted to be like her.

“I would skate with her in the summer. My friends and I always took lessons. She taught me everything. I learned how to skate with her. She was the one who really helped me with my skating.”

While Denise guided Evan through the fundamentals of skating, Jeff played a monumental role in Evan’s hockey development. In fact, Evan had never played for a team his dad didn’t coach until arriving at the NTDP.

“He was always hard on me, but it was because he knew what was best for me,” Evan said. “We both agreed that going to the NTDP was going to be best for me. He wants me to get better, and better both as a person off the ice and learn how to battle on the ice.”

“I knew if I could go anywhere, it would be the NTDP,” he said. “The team and the experience has been awesome so far. I have always wanted to be a pro hockey player, and this is the best place to develop and follow my dreams.”

Barratt and his U.S. National Under-17 Team teammates are playing in their first international tournament of the season this week at the World Under-17 Hockey Challenge in British Columbia.

“It’s going to be tough,” said Barratt, who leads the U17 team with 11 points so far this season. “It will be fun to play in our own age group and see where we are [as a team]. If we want to win a gold medal, we need to work hard and be ready for each game.

“The USHL games will help tremendously. We are used to the pressure that is put on us so far. It should help us. It has really pushed us, so that should help us in international play.”

Barratt believes the team’s training has prepared it to be competitive.

“Every day is the same,” he said. “We work out three times per week, plus we have practice every day. We watch video to improve our game. They push you to the best of your ability. When you play and practice against the top players in your age group, you are only going to get better.”

“It’s unique especially in international play,” he said. “You are representing something that is bigger than yourself. To win a medal for your country would be unbelievable.

“I couldn’t fall asleep the first time, I was just so anxious. It’s an unbelievable feeling. No better jersey to put over your head.”

No matter how challenging things get as Barratt moves up the hockey ladder, he knows he can always turn to his dad for advice.

“He always told me, the game is not going to be easy, it’s going to get harder,” Barratt recalled. “It all depends on how hard you work and how much effort you are willing to put it. Nothing is going to come to you. You need to earn it every day.” 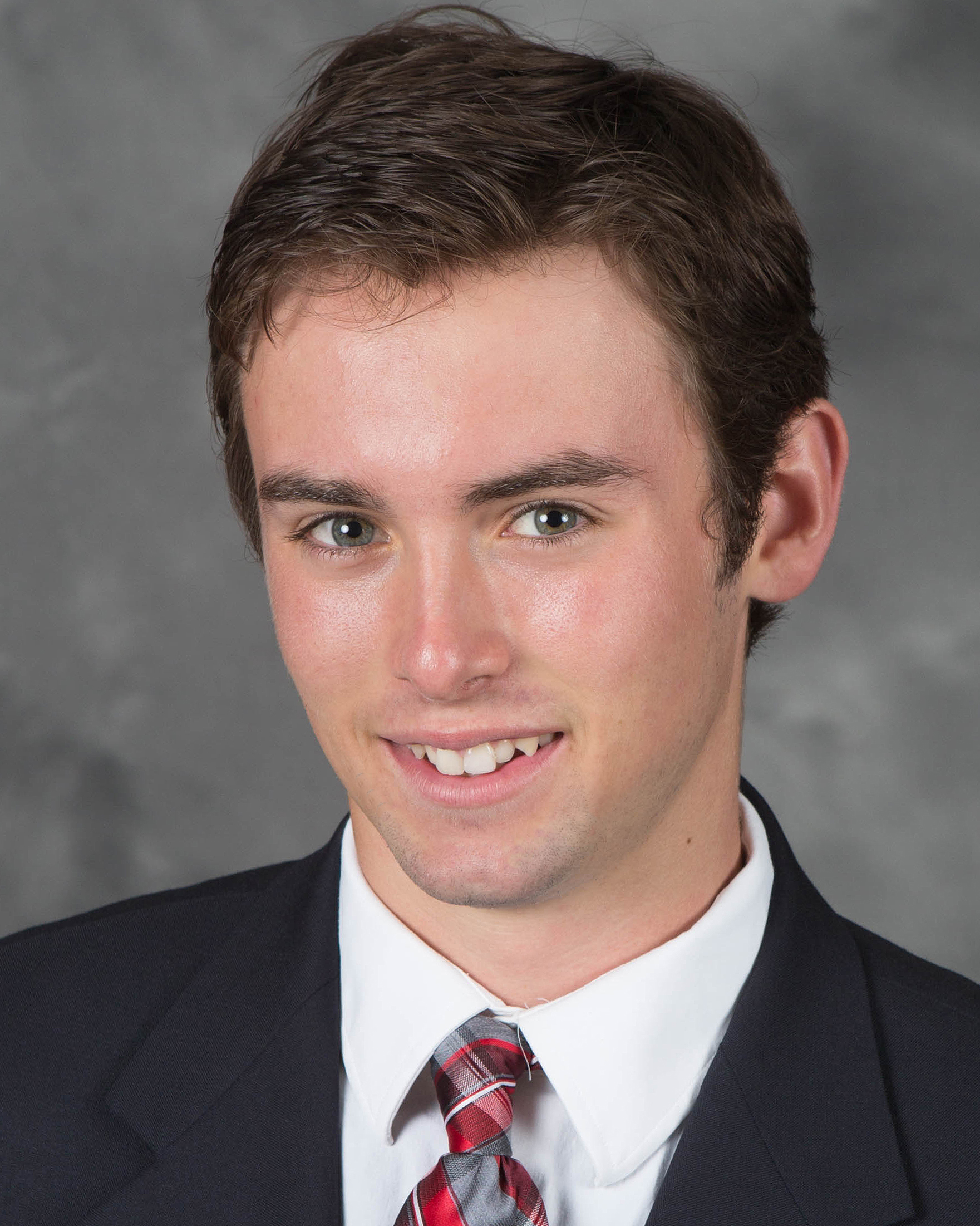 Favorite Pump-Up Song
"Down with the Sickness" by Disturbed