Lockwood Looks Forward to Dream of Playing for Michigan 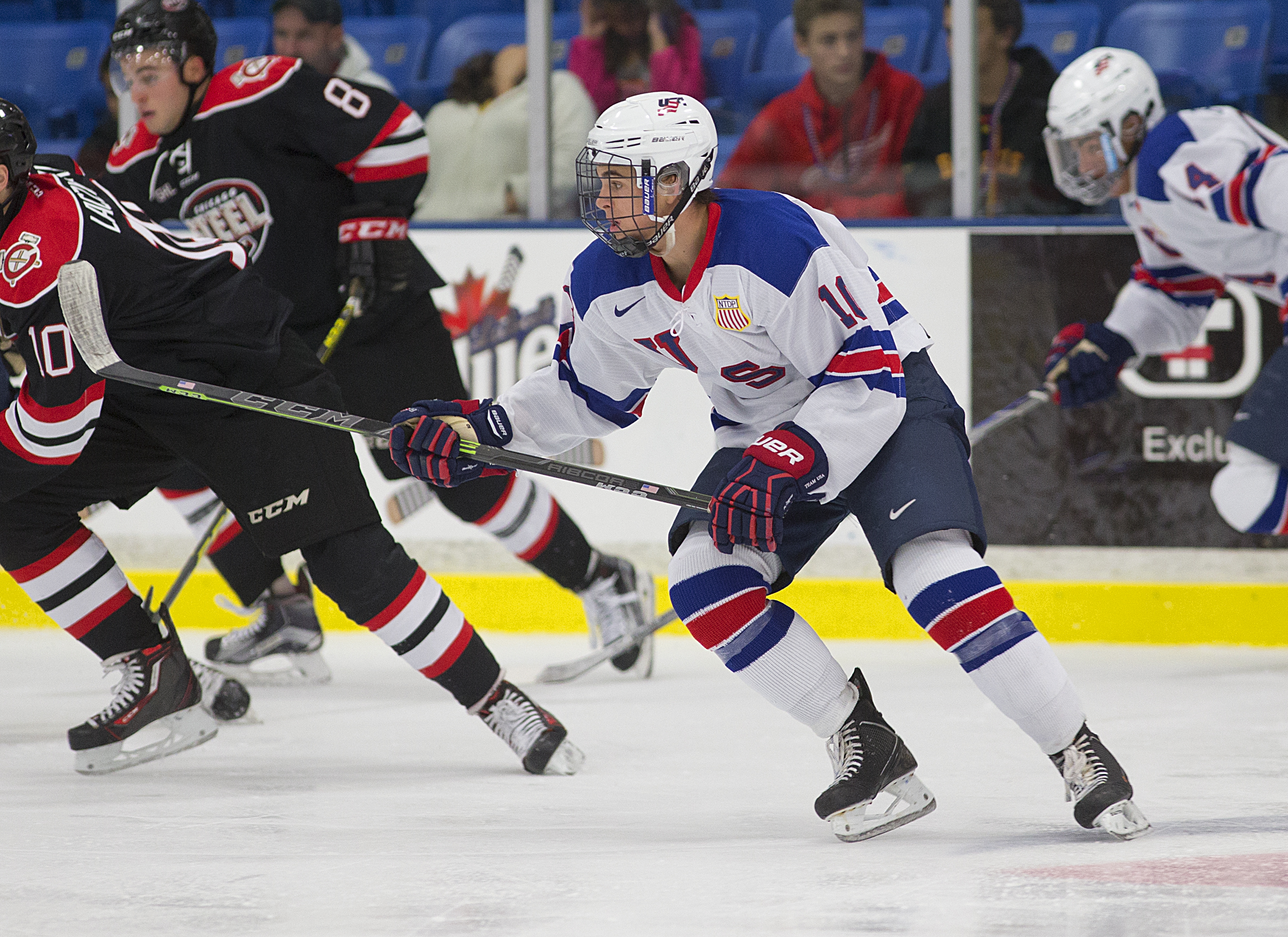 Growing up in Bloomfield Hills, Michigan, Will Lockwood loved watching the University of Michigan men’s hockey team. Most of his family attended the Big Ten school, and his father Joseph had played for the Wolverines in the 1980s.

Will Lockwood long dreamed of one day wearing the maize and blue himself.

On January 21, 2016, Lockwood will live out part of that dream when his U.S. National Under-18 squad travels down the road to Ann Arbor to face Michigan.

Later this year, Lockwood will complete the dream when he makes the move to Ann Arbor and joins the Wolverines.

“I always said it will be a dream come true,” Lockwood, a 5-foot-11, 172-pound forward, said. “To play in Yost, where I grew up in the stands watching the team, it will be a dream to put on that jersey for the first time. Stepping out on the ice and, hopefully, have a good four years.”

Deciding on Michigan was an easy choice.

“I went there for my official visit, and right when I got there to the rink it just brought back the old memories of watching games,” he said. “It just felt right. I felt comfortable right away in the locker room. It was a no brainer.”

For now, though, Lockwood’s main focus is on the National Team Development Program season, where he’s recorded four goals and four assists over the first 11 games this season. He said the team really began to come together during its U17 campaign.

“It seems like over the year, we got bigger and faster,” he recalled. “There was more space out there, and it was easier to create offense.”

After that, Lockwood said the work he and his teammates put in last May set a foundation for what the squad can do this season.

“May was a big month for us,” he said. “It was mostly in the weight room as opposed to on the ice. We were working out and focusing on gaining weight and getting physically ready for next year.

“It’s hard to keep track of the muscle gain, but it’s definitely been a lot. It’s made a huge difference and has really transformed on the ice. I can tell the difference between last year and this year. It was a good month of May, and it’s good to have that muscle this year.”

“Over the summer, we did similar workouts to what we did in the spring,” he said. “We focused on that muscle game and worked to keep the cardio up so we were ready for the season. It was a flexible schedule, but I would try to get on the ice, two to three days a week. I honestly tried to focus on the workout but also have fun.

“I worked out with some of my friends I grew up playing hockey with. It was definitely fun to see them. I’m a local kid, so I also got to see some of the local guys over the summer too.”

Lockwood’s hard work paid off when he earned an invitation to play in the CCM/USA Hockey All-American Prospects Game in September. He suited up for Team Roenick and picked up one assist in a loss to Team Plante.

“It was so much fun,” he said. “It was a really cool experience. It was kind of a professional experience. You have people who are interviewing you. There are cameras everywhere. Some of the best kids in America are there. You are playing on a big stage.

“There was a little pressure with all the scouts there. It was important to go out on the ice, have fun and showcase your skills.”

Lockwood took some advice from the experience that he plans to carry with him for the rest of his career.

“One of the most important ones was from our coach [Jeremy Roenick],” he said. “He said don’t focus on the scouts out there. Have fun and go out and play your game. I think that goes a long way. Most of the players are focusing on ‘What do I have to do?’ But really you want to have fun on the ice. You have to be yourself and do what you have to do.” 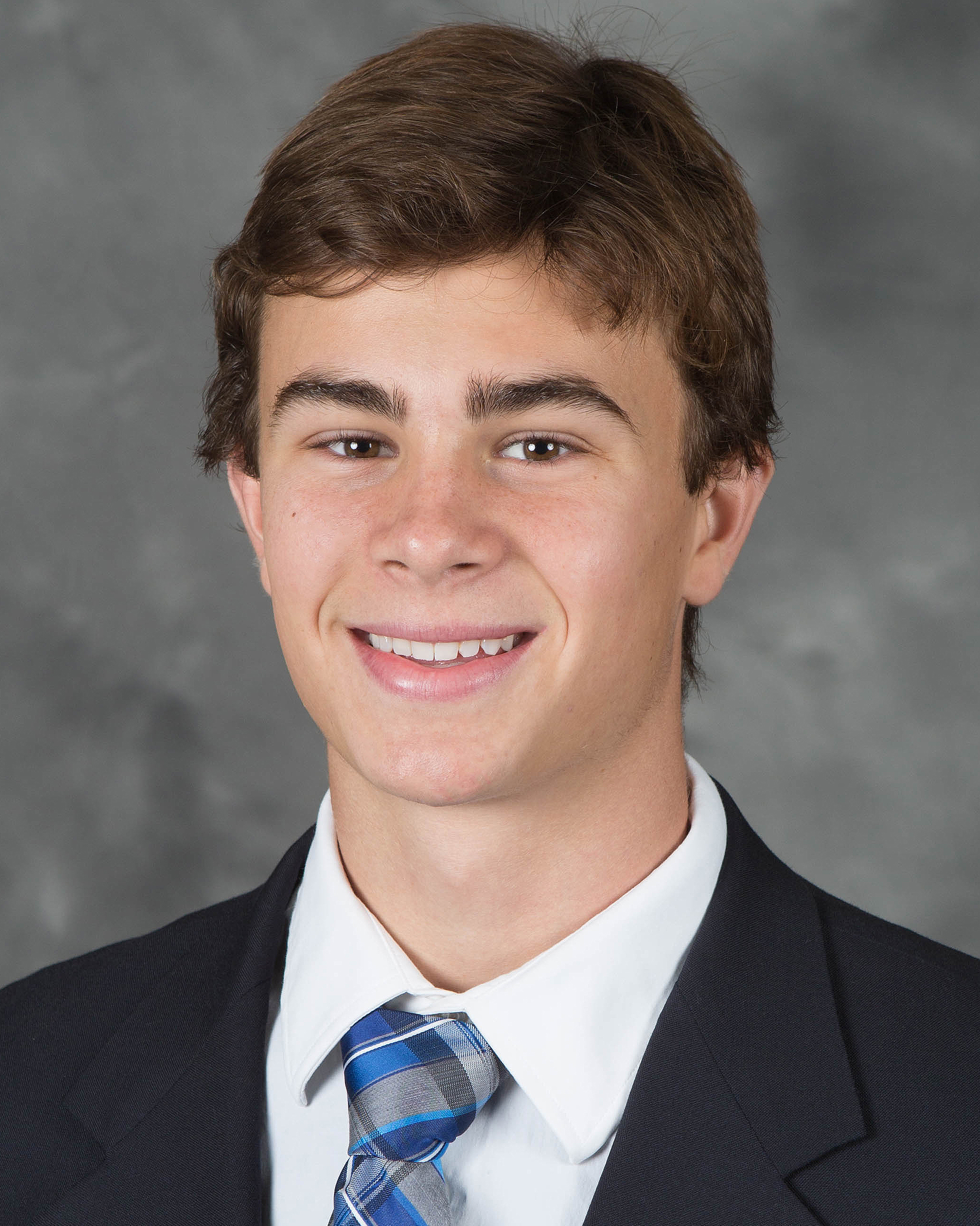