Kieffer Bellows Making the Most of Season with NTDP 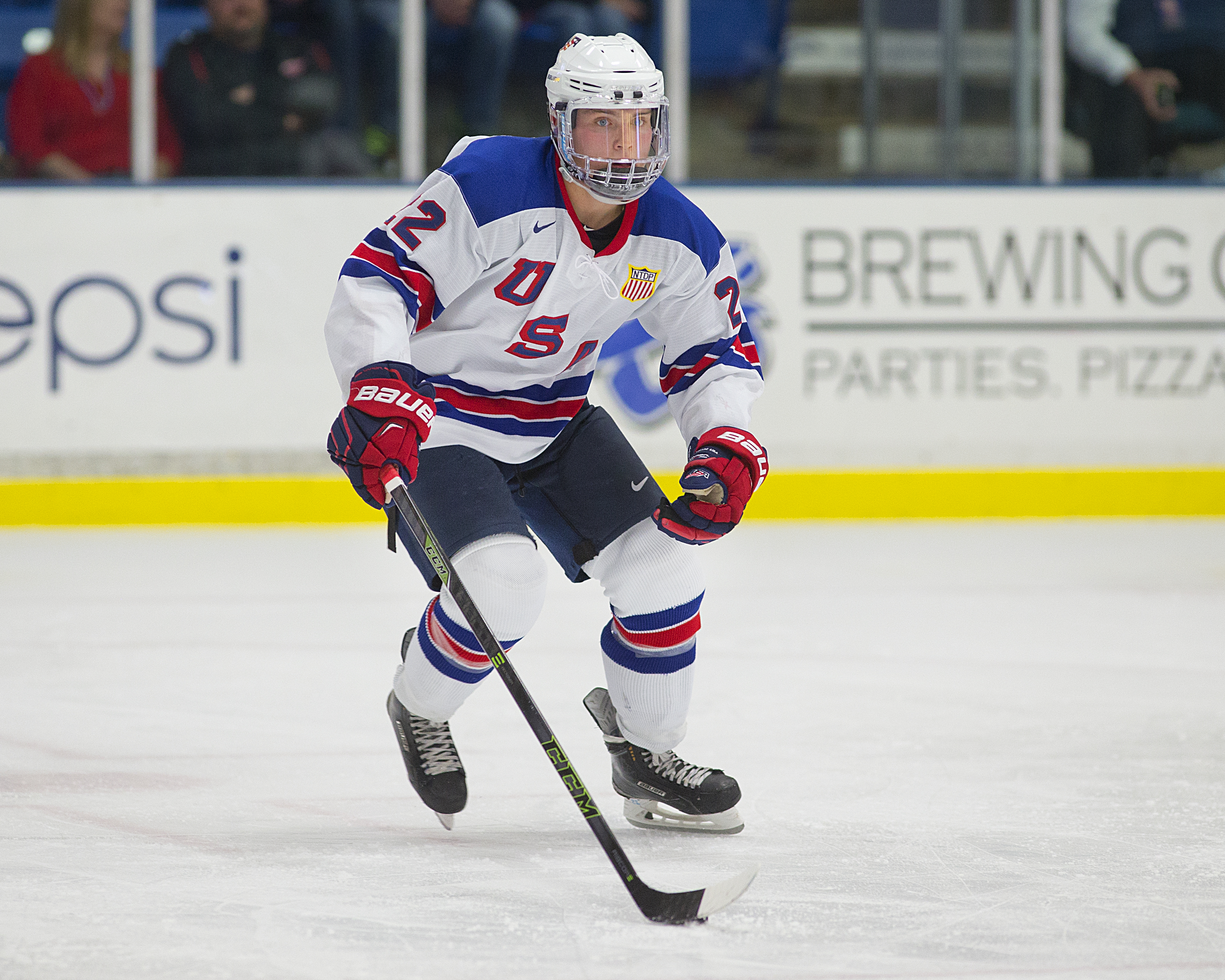 U.S. National Under-18 Team forward Kieffer Bellows gave Boston University fans a taste of what to expect when he torched his future team for two goals and an assist in Friday’s 7-4 road win.

“Clayton [Keller], Jake [Oettinger], Chad [Krys] and I were really looking forward to that game,” said Bellows, referring to his current National Team Development Program teammates and fellow future Terriers. “We knew it was going to be fun and exciting. It was cool to see where we will be playing next year. We were able to see the atmosphere and get a better feel for what it will be like to play there.”

The decision to play for BU was easy for Bellows, who said the campus felt like “home” and that the program “was a perfect fit.”

“The coaches did a really good job of recruiting me,” he said. “I went out to a visit and they made me feel as if I was one of the Terriers. Going into to the locker room and traveling through everything, it felt like home when I stepped onto campus. That is really what my parents and I say: Wherever it feels like home, you should really go.”

Bellows grew up in a hockey household, as his dad Brian Bellows was a 17-year NHL veteran. Brian Bellows played for five teams between 1982 and 1999, winning the Stanley Cup with Montreal in 1993.

“He is my idol,” Kieffer Bellows said. “I looked up to him when I was kid and I still look up to him today, as both a player and a dad. I looked to him for every type of advice, both on and off the ice.”

“He then stopped and took the time to watch me instead of coach me,” Kieffer said. “Having the coaching dad aspect sometimes can be tough, but at the end, on the inside, he is just trying to make you a better player.”

Father and son do have one “small” rivalry. Brian Bellows played for Team Canada in three world championships, winning a silver medal in 1989.

“He supports that I want to play for USA, and I have always wanted to my whole life,” Kieffer said. “I acknowledge he played for Team Canada. It’s always funny during the World Junior Championships and the Olympics. In the inside he is cheering for Canada. He might not say it out loud, but he knows I’m cheering for the U.S. It’s a funny rivalry.”

Kieffer’s decision to play for the U.S. is reinforced every day when he slips the USA sweater over his head as part of the NTDP.

“Putting on the sweater for the U.S. National Team Program, it just gives me chills down my spine,” he said. “I still remember seeing that jersey in my stall in Green Bay on opening weekend and realizing that this is really happening. I couldn’t even have imagined it.

“I dreamed about it as a kid, but it is actually happening right now.”

After playing for the Sioux Falls Stampede in 2014-15, Bellows jumped at the opportunity to play for the NTDP for his U18 season.

“I saw the opportunity to become a better player here,” the 6-foot, 195-pound forward said. “Coach [Danton] Cole did a really good job of talking to me. I came to visit, and the guys made it seem that I was already part of the team. Just to wear the USA on your sweater, it’s an once-in-a-lifetime opportunity. You never know when you will get to wear it again. It’s something special.”

“We worked hard last year; we were not the most skilled,” said Bellows, who also captured USHL Rookie of the Year honors. “I can bring in a hard-working effort every day. Winning the Clark Cup last year, I can bring in a winning attitude. I can help the team with that [attitude]. We are all focused on that U18 gold medal.”

Of course, for Bellows that means his dad will be cheering for the red, white and blue.

“Knowing my dad, he wants the best for me and the guys on the team since he knows this is what we worked for the whole year,” Kieffer said. “In the end, he wants to see us come out on top.” 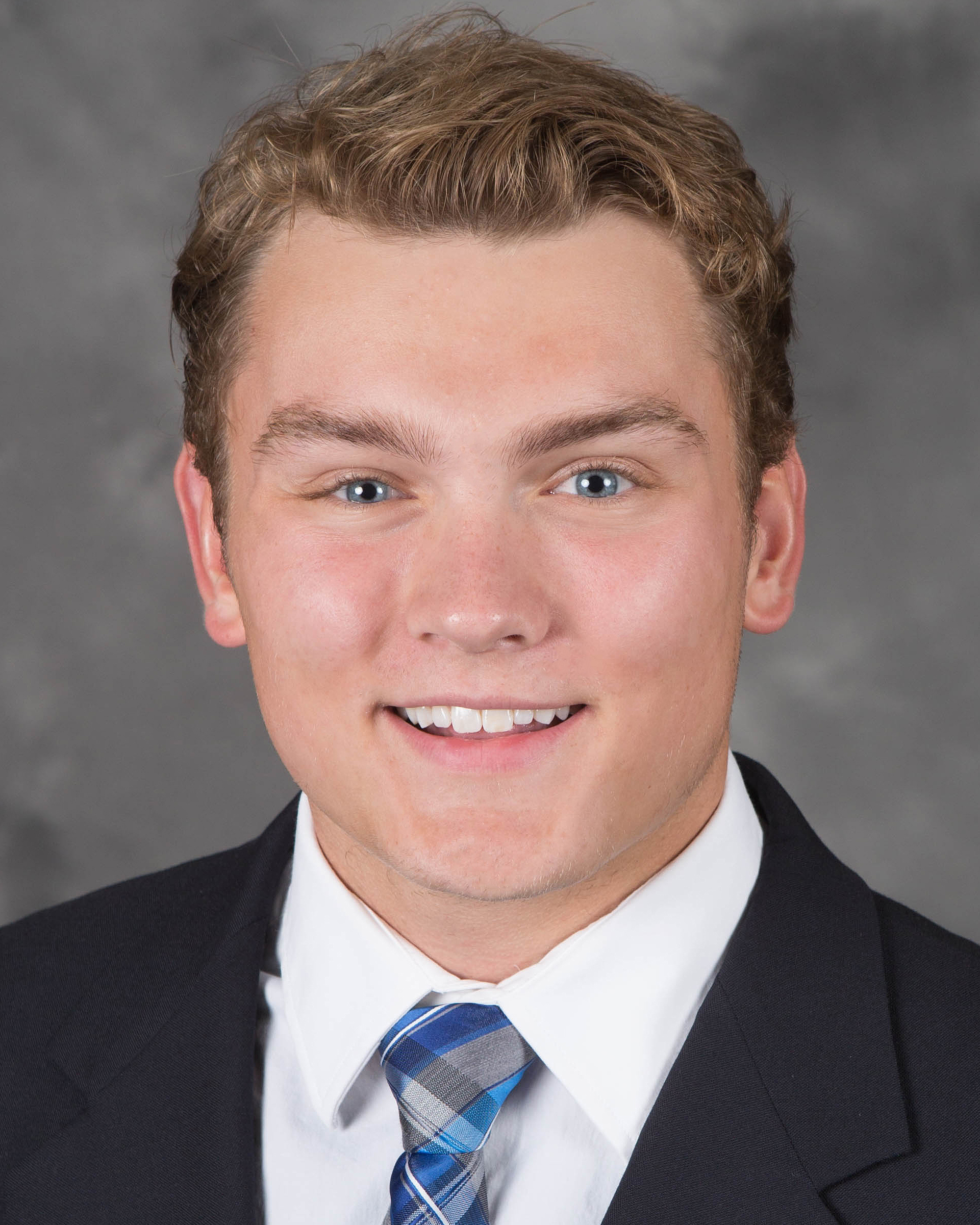