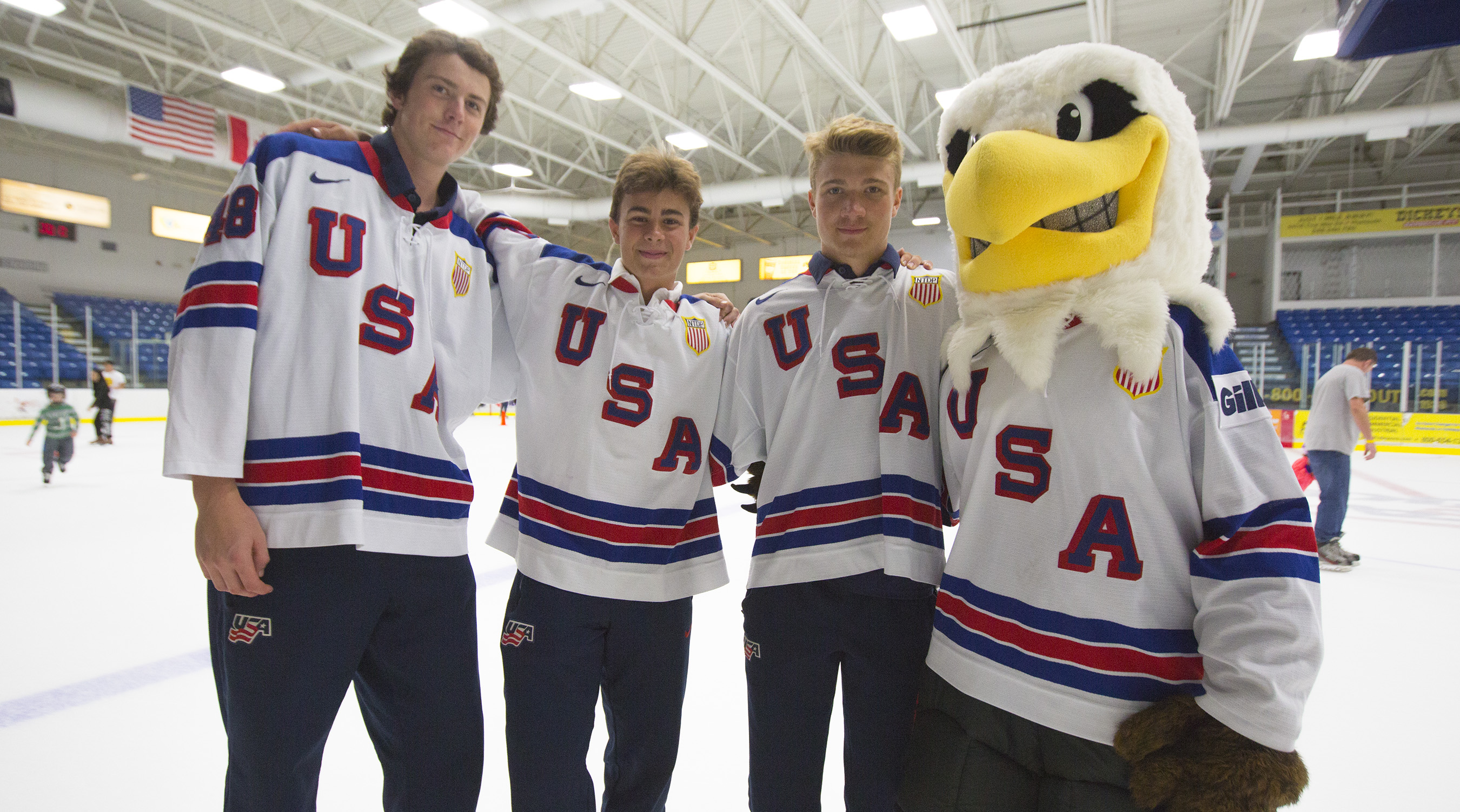 Last night, USA Hockey’s National Team Development Program invited the Plymouth community to USA Hockey Arena to learn more about the NTDP and what to expect during, and after, the facility's renovation.

The spoils are on display! Come check out the 2015 IIHF Under-18 World Championship trophy claimed by Team USA earlier this year!

U18s Pick Up Point in Shootout Loss to Saints

Family tradition fueled a passion for the sport