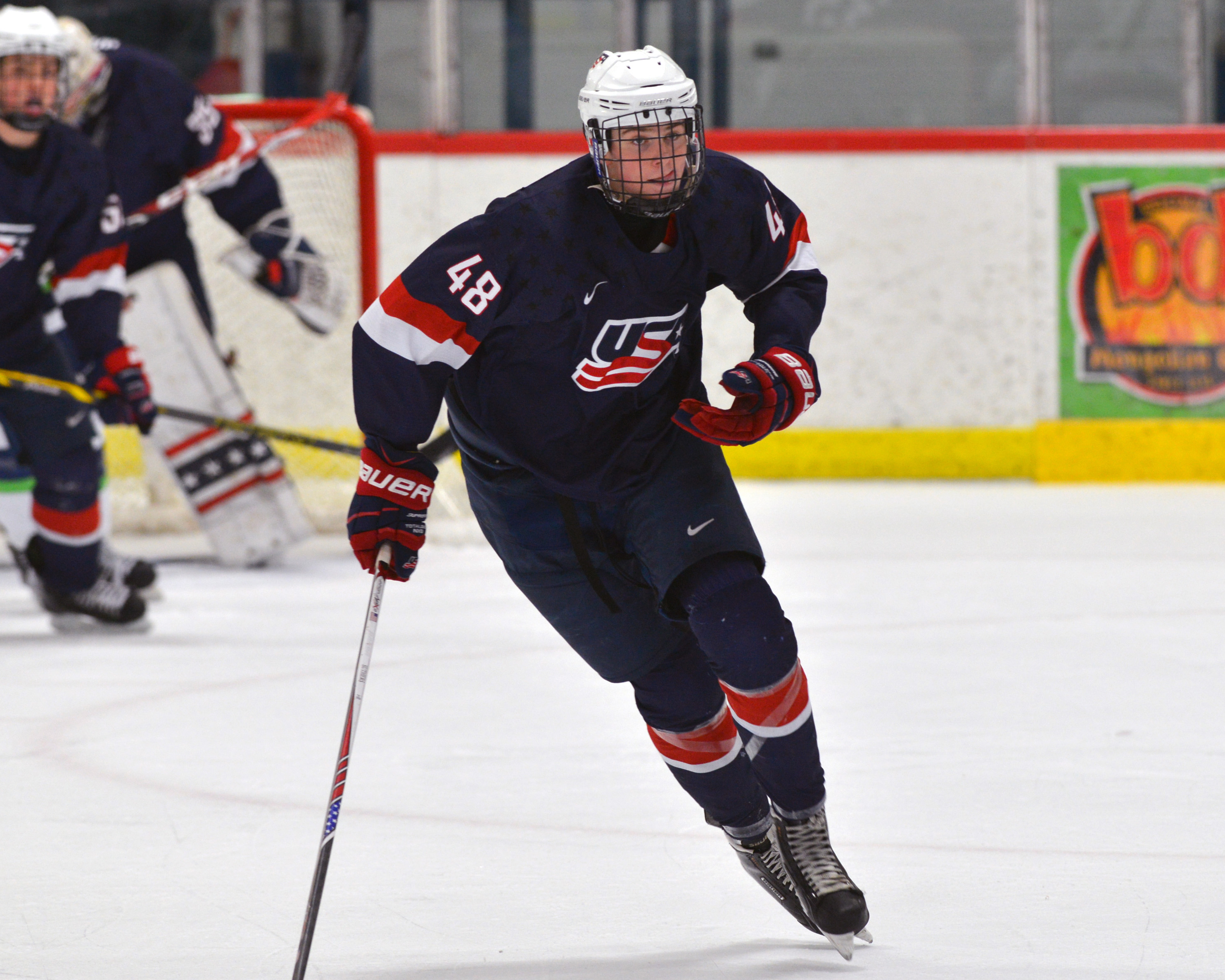 Growing up in Tecumseh, Ontario, Keenan Suthers’ loyalty was split between two sports.

On one hand, both of his parents had earned scholarships to play NCAA basketball, his mom at Wayne State University in Detroit and his dad at the University of Akron in Ohio.

On the other hand, Suthers’ grandfather had been a standout hockey player who might have played for the New York Rangers had it not been for World War II.

Thankfully for Suthers, he didn’t have to choose just one sport until this past season, when he went with hockey and joined USA Hockey's National Team Development Program in Ann Arbor, Michigan.

“I just quit playing [basketball] last year,” Suthers said. “I played on my varsity high school team. I was a point guard when I was a smaller guy, but as I grew I ended up a forward and center. I was always down low, trying to get rebounds.”

Suthers, who arrived in Ann Arbor at 6-foot-5 and then grew two inches, actually spent more of his free time growing up shooting hoops in the backyard than shooting pucks in the basement.

“My dad and I would go out in the driveway every day and shoot around,” he said. “He was a huge influence. I still love to play and I try to get out there as often as possible. I try to make my teammates go out and play with me. I don’t have a hoop at my billet’s house, but some of the other guys do, so I get to play.”

Despite his love for basketball, Suthers found that hockey kept calling.

“For some reason, I was good at it at a young age,” said Suthers, who began playing at age 4 at the behest of his uncle. “It was competitive and I was scoring a lot. I just loved the feeling. Going to the rink and seeing my buddies was something I looked forward to every day.”

With two parents who played college sports, Suthers always had someone he could turn to for advice.

“They both excelled [in basketball] and know what it takes,” he said. “My mom became a pharmacist. She always told me that studies are very important. You are just one injury away from needing something to fall back on. They told me [the NTDP] is going to be hard but you will get used to it. It will make you become better organized and more responsible.”

Suthers is still able to use some of his basketball skills on the ice.

“Basketball is like a 5-on-5 power play all the time,” he said. “It really helped my vision, trying to spot guys, especially when I got the rebound and wanted to get an outlet pass up the court. I had to make quick decisions, and that has translated onto the ice.

That was never more important than the first practice of the season.

“The first practice, I think I was bent over quite a bit,” he said. “The pace and guys you play against each time. There are so fast compared to what I was used to on my old team. I had to get passes right on the tape and depend on other players.”

Suthers gives NTDP skating coach Carrie Keil much of the credit in helping with his development this past season.

“Coach Keil with the skating has been a big part, as I was having difficulty keeping up at the beginning,” said Suthers, a forward who tallied four goals and recorded 11 points in 53 games. “My endurance and my stride have come a long way.

“Coach [Danton] Cole is always teaching us, every moment he can. He shows us video to help teach us. It makes you think the game more. I feel my mistakes were a lot less than they used to be.”

Regardless of whether he is having a good or bad day on the ice, however, Suthers always feels a sense of pride when he walks into the USA locker room.

“Every day, when you go into the locker room before a game, and see the jersey hanging up, it’s surreal,” he said. “Being able to pull it over your head, not so much the name on the back, but the crest on the front — you realize you are playing for your country. It’s just a great opportunity and experience.” 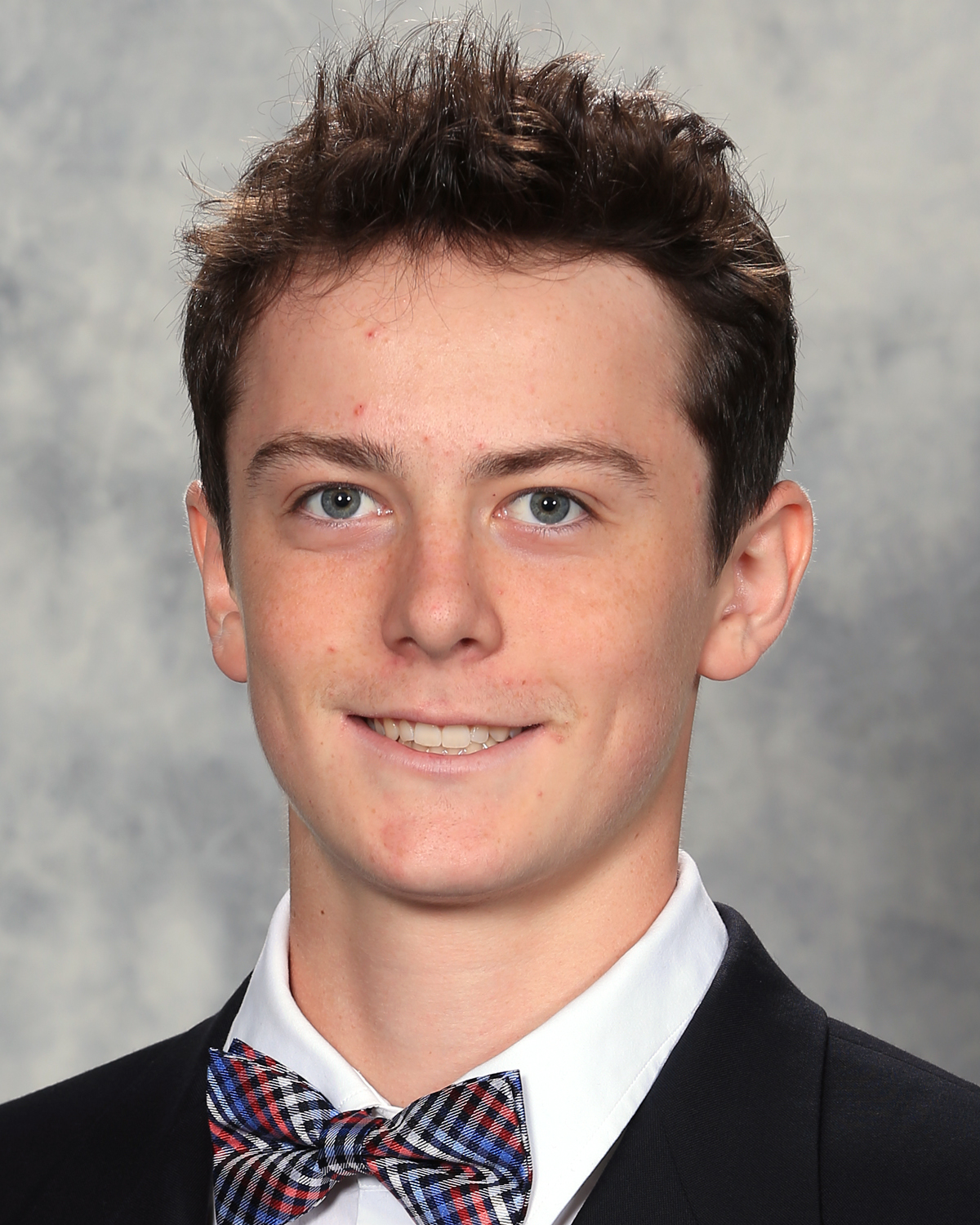